Another app joins the dark side 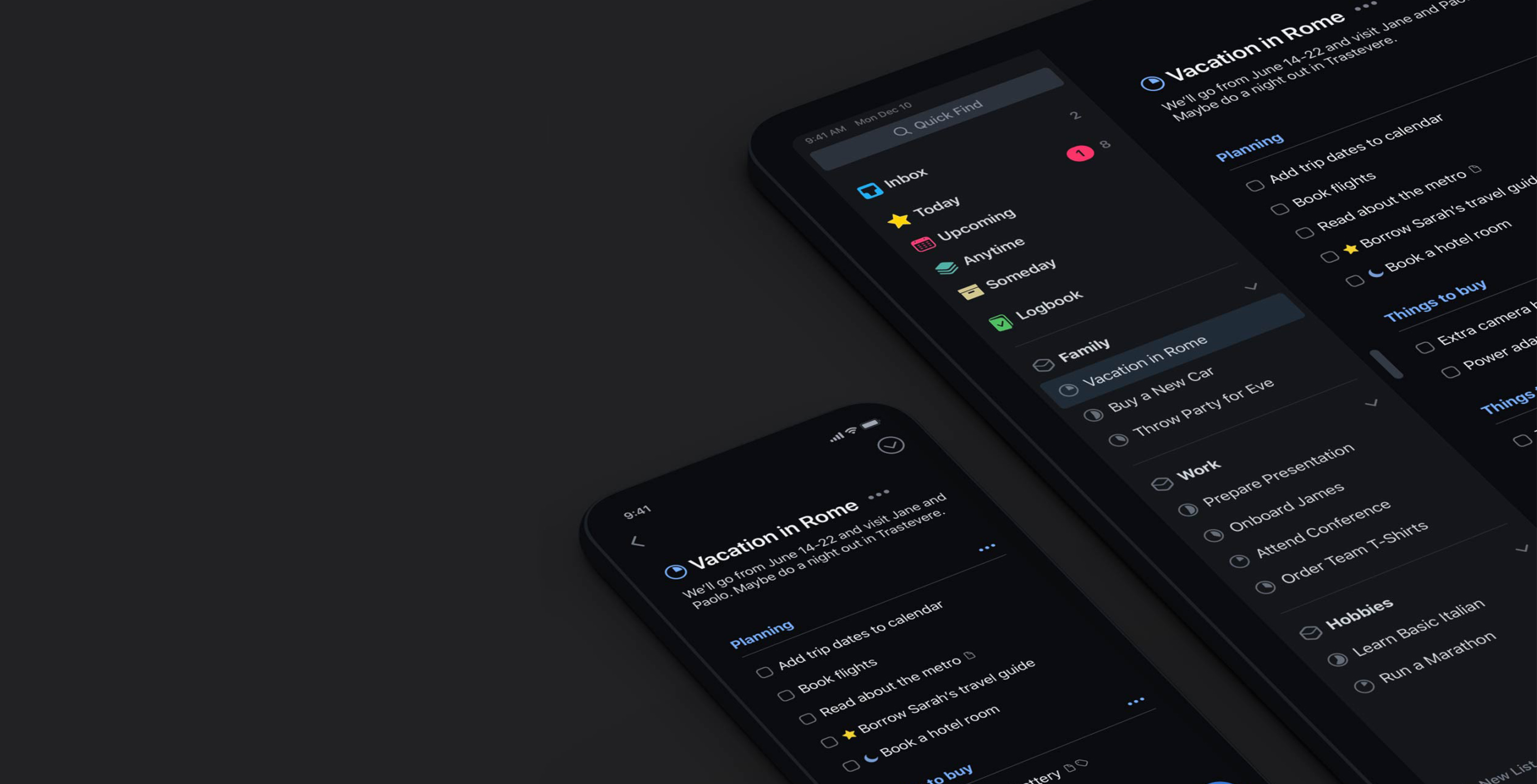 Popular iOS task manager app ‘Things’ is going to the dark side with its new free 3.8 version update.

Things for iOS is following the macOS variant of the app, which added support for Mojave’s dark mode in September.

While iOS doesn’t yet support a system-level dark mode like macOS Mojave, Things 3.8 includes two dark themes users can pick between in the app.

There’s a ‘dark’ option that changes the app to a dark grey. This theme looks great on LCD iPhones and iPads. Things also has a ‘black’ option for OLED iPhones like the X, XS and XS Max.

This is a rather unique trigger that I’ve seen in other iOS apps. Firefox, for example, has a dark mode that triggers when screen brightness falls below a certain threshold.

I think this works very well considering people generally lower the screen brightness in the dark. Having dark mode come on automatically below certain levels will often turn out the lights when a user needs it.

Of course, you can always leave dark mode on all the time because it looks cool.