Apple could relaunch Texture as early as spring 2019 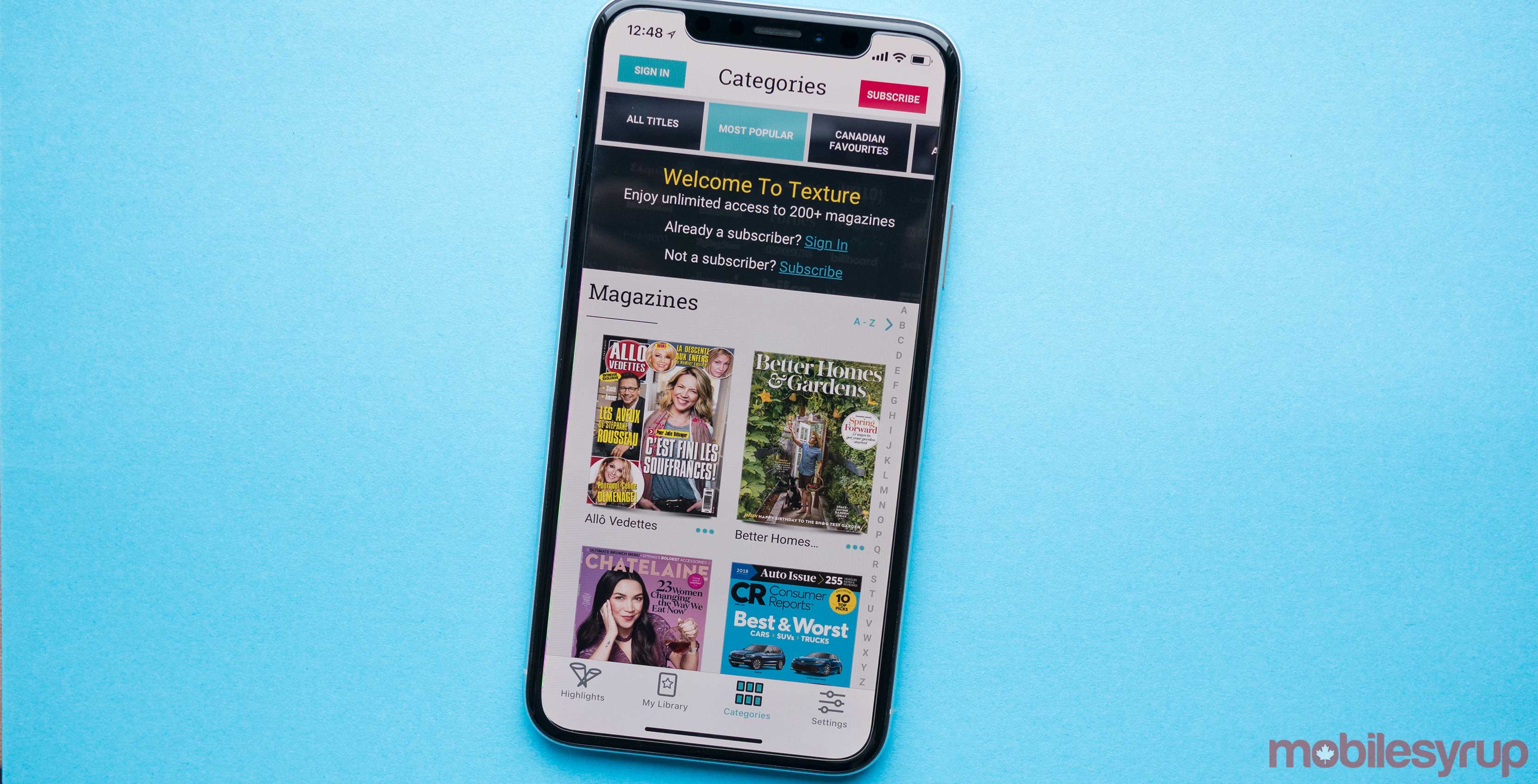 Apple plans to relaunch Texture, the digital magazine app it recently acquired, according to a new report from Bloomberg.

The report states that the new version of Texture will likely be built directly into the tech giant’s Apple News app and that it could launch as early as spring 2019.

Apple also has plans to release an original video content streaming platform at some point in 2019, though it remains unclear when the company plans to finally release the service. It’s also possible that the company could bundle Apple Music, Texture and its upcoming, often-rumoured streaming service under one unified banner.

When Apple first acquired Texture back in March, the magazine subscription platform had approximately 200,000 subscribers paying roughly $10 per month. At the time, publisher payment was based on how long readers spent reading a specific magazine. It remains unclear if Apple intends to maintain this revenue model when the new version of the platform launches.

Before being purchased by Apple Music in early 2018, Texture was partly owned by Rogers through the platform’s parent company, Next Issue Media. Apple has not disclosed how much it paid to acquire Texture.

“We’re excited Texture will join Apple, along with an impressive catalogue of magazines from many of the world’s leading publishers,” said Eddy Cue, Apple’s senior vice president of internet software and services, in a March 2018 press release.