Get an inside look at Lord of the Flies IRL 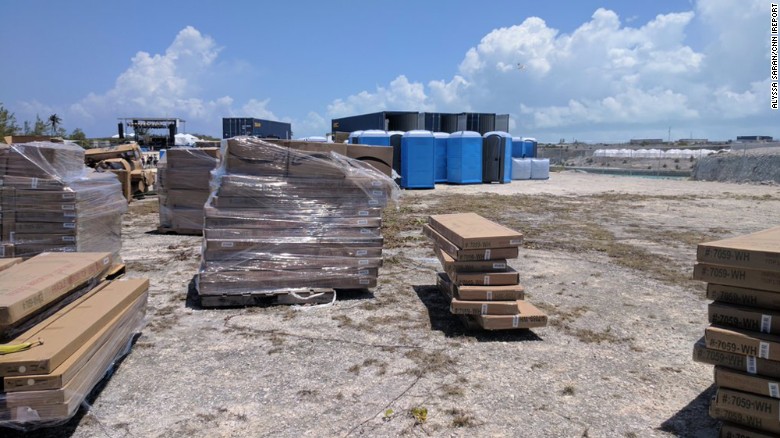 Update — January 10: Netflix has dropped a trailer for the upcoming Fyre Festival documentary and it’s nothing short of epic. The doc is available to all on January 18th. Check it out below:

Think you know how Fyre Fest turned into music’s biggest shitshow of all time? Think again.

Netflix’s documentary about the Fyre Festival, a destination concert that was billed as “the cultural experience of the decade,” is set to launch on January 18th.

As most likely have heard at this point, the Fyre Festival was an elaborate scam and wasn’t remotely close to the luxurious, celebrity-filled experience it was advertised as. Fyre, which was written and directed by Chris Smith, who also created Jim & Andy: The Great Beyond, is set to give an in-depth look at the festival through the lens of those who helped organize it.

Get your exclusive first look at FYRE — a revealing new doc about the insanity and rapid unraveling of Fyre Festival: the greatest party that never happened. Premieres January 18. #NetflixNewsWeek pic.twitter.com/B4iaR3UJwM

The creators of the festival, including early to mid-2000s rapper Ja Rule, as well as ‘entrepreneur’ Billy McFarland, found themselves in a significant amount of trouble following the disaster the Fyre Festival evolved into.

So Fyre Fest is a complete disaster. Mass chaos. No organization. No one knows where to go. There are no villas, just a disaster tent city. pic.twitter.com/1lSWtnk7cA

Hey @GordonRamsay what would you rate #fyrefestival gourmet meals? pic.twitter.com/SYJIgwAIYp

This is how Fyre Fest handles luggage. Just drop it out of a shipping container. At night. With no lights. #fyrefestival pic.twitter.com/X5CdZRyJWo

For instance, McFarland was eventually sentenced to six years in a federal U.S. prison following fraud charges from the SEC, while two attendees were granted $2.5 million USD each related to compensatory and punitive damages.

Netflix’s Fyre also isn’t the first documentary to be based on the influencer trap of a music festival, with U.S.-exclusive streaming service Hulu picking up a documentary series that includes footage from the event, interviews and leaked documents.