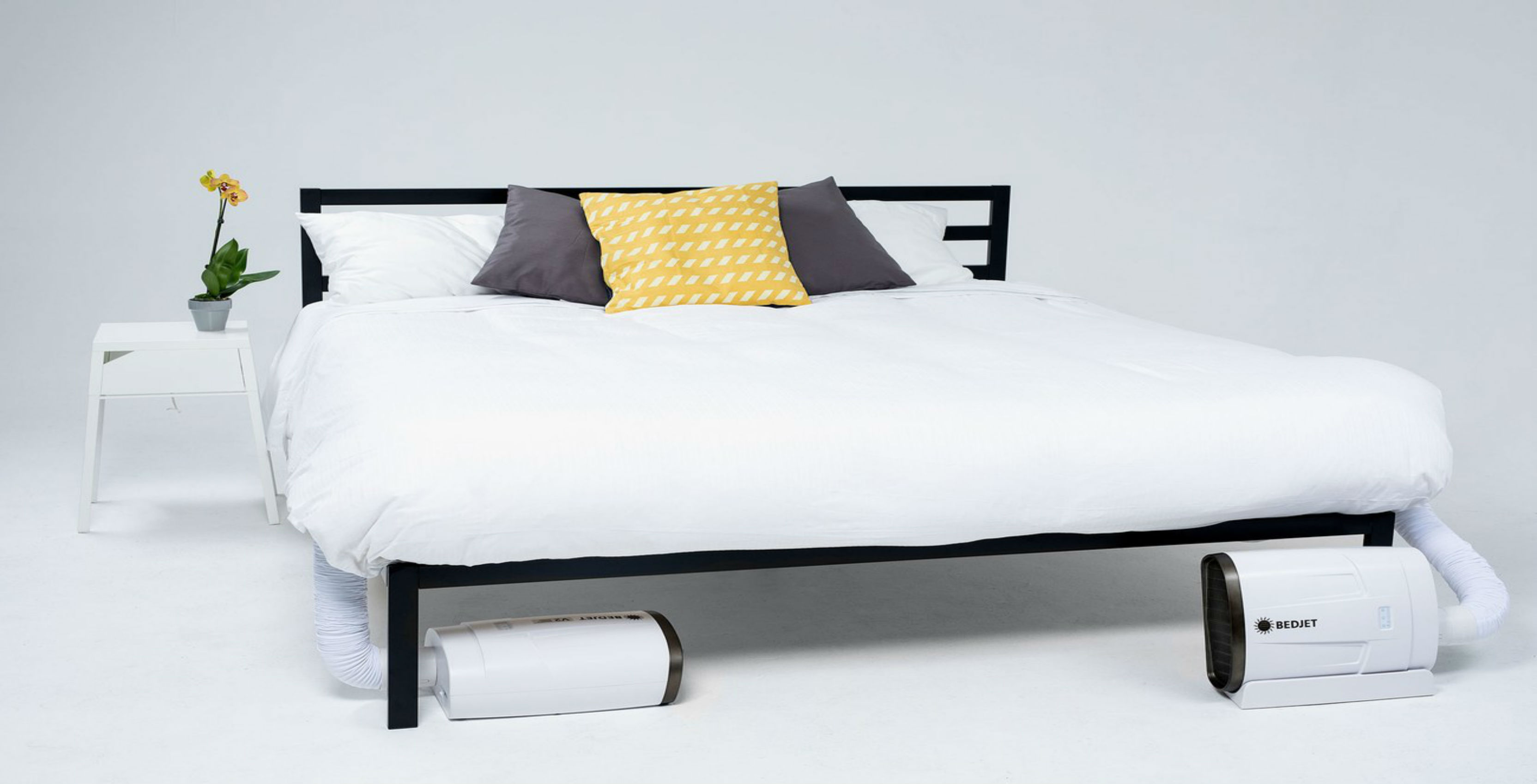 Extreme cold temperatures can make it pretty difficult to live in Canada sometimes, especially since winter can last for eight months.

Enter BedJet V2, a glorified bed hair dryer “that lives under your bed,” or at least that’s how a review on Wired describes the device.

BedJet V2 is a large blower that is placed under your bed and circulates air up and through a flexible duct that turns into a nozzle placed between your comforter and top sheet.

The product, priced at $299 USD, launched on Kickstarter and raised over $1.3 million.

BedJet V2 describes itself as a “cooling, warming climate comfort system for beds.”

Wired noted that it’s relatively easy to install and can be done in under 30 minutes. The publication did add that “the hardest part [was] getting the nozzle situated just right so it sits close to the mattress.”

The machine comes with a clunky remote. It has three modes: cool, heat, and turbo heat. To turn off the machine users press the mode they’re on a little longer.

To make things more comfortable and easy, the machine works with an app, which has more control in working the machine (speed of the fan, temperature, duration). You can also set a timer for how long heat should run through your sheets.

The machine can be purchased with a special bed sheet that BedJet calls the AirComfort Cloud Sheet. The sheet attaches directly to the nozzle and directs airflow between the layers of sheets.

The part that really entices most buyers is that there’s also a sheet called the Dual Zone Cloud Sheet, which features a partition to split the sheet in half. This way you could essentially have two machines warming or cooling whoever is in bed.

Honestly, when you’re living in a country where temperatures can get as cold as -40 C having a machine pumping warm air is a godsend.

But there are so many other products out there that can keep you warm without having to spend nearly $300 USD (roughly $385 CAD). Go buy yourself cozy socks that keep your feet warm and a solid comforter and crank up your heat.

The idea of having a split sheet that allows for two different air flows sounds, as one of MobileSyrup’s reporters said “really bougie” — but it’s a bougie feeling that most people could get by if they could have warm or cold air in between their sheets whenever they want.

It all really boils down to if you have the disposable income and, well quite frankly, how important it is for you to feel like a warm toasty cinnamon bun, like Homer Simpson.

9 Apple Watch apps you should check out