Check out this recreation of Apple Park using 85,000 Lego pieces

It weighs 78 pounds and is over 2 metres long 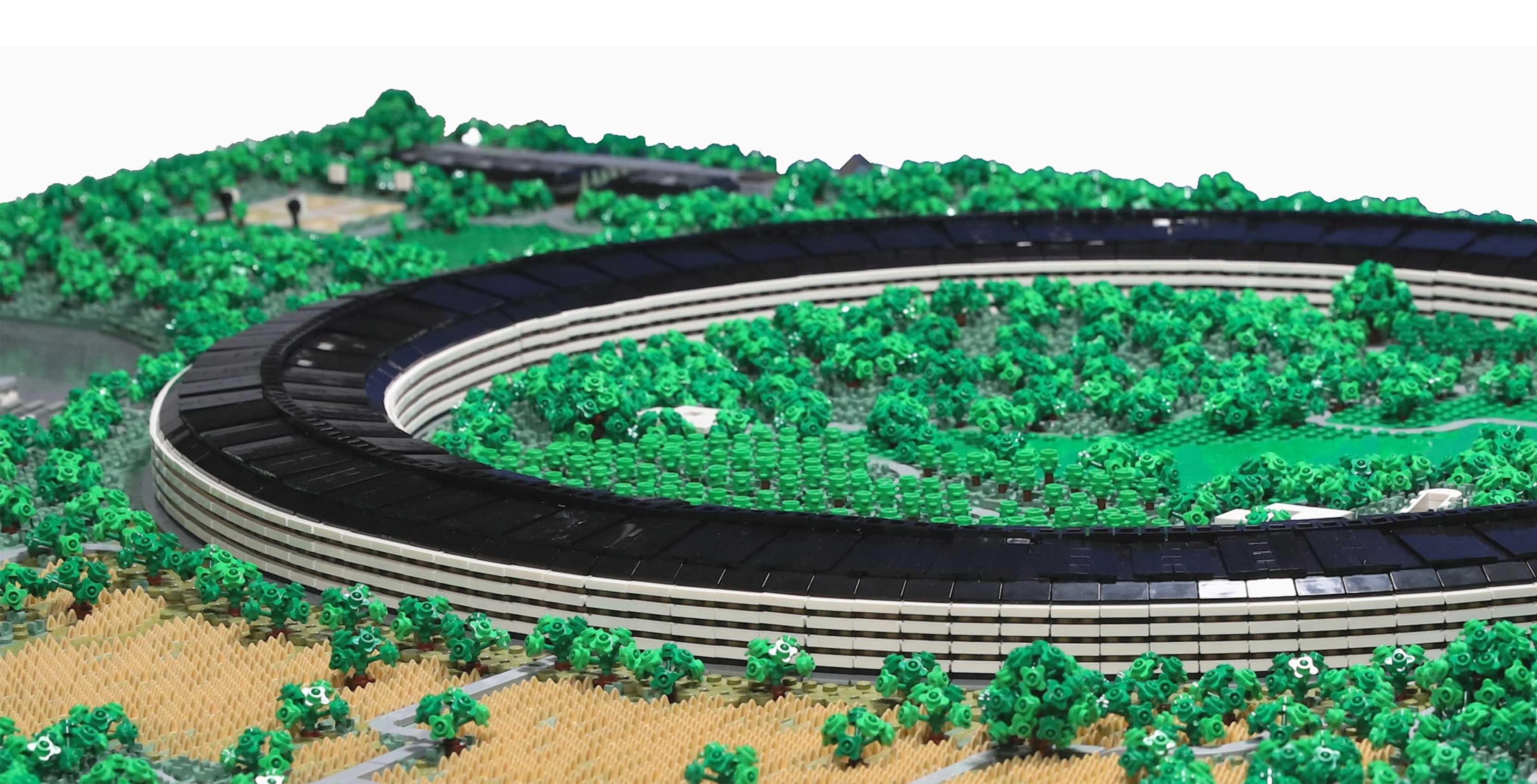 While we may not all get the opportunity to tour Apple’s new spaceship campus, at least we can admire this 85,000-piece Lego reconstruction of it.

Taking a little over two years to complete, designer Spencer_R spent hours studying drone footage of Apple Park to get it right.

The build is incredibly detailed as well. Outside of the large circular building, it has the glass-walled Steve Jobs Theater and the 100-year old Glendenning Barn that was disassembled and rebuilt on the property.

Additionally, there are employee parking garages, visitor centres and even little basketball and tennis courts.

There are plenty of trees as well. Spencer says 1,646 in all.

You can view the full gallery on Spencer’s Flickr account. Fabrizio Costantini took the photos for Spencer.

As impressive as Spencer’s build is, it isn’t quite as crazy as the drivable Lego Bugatti.