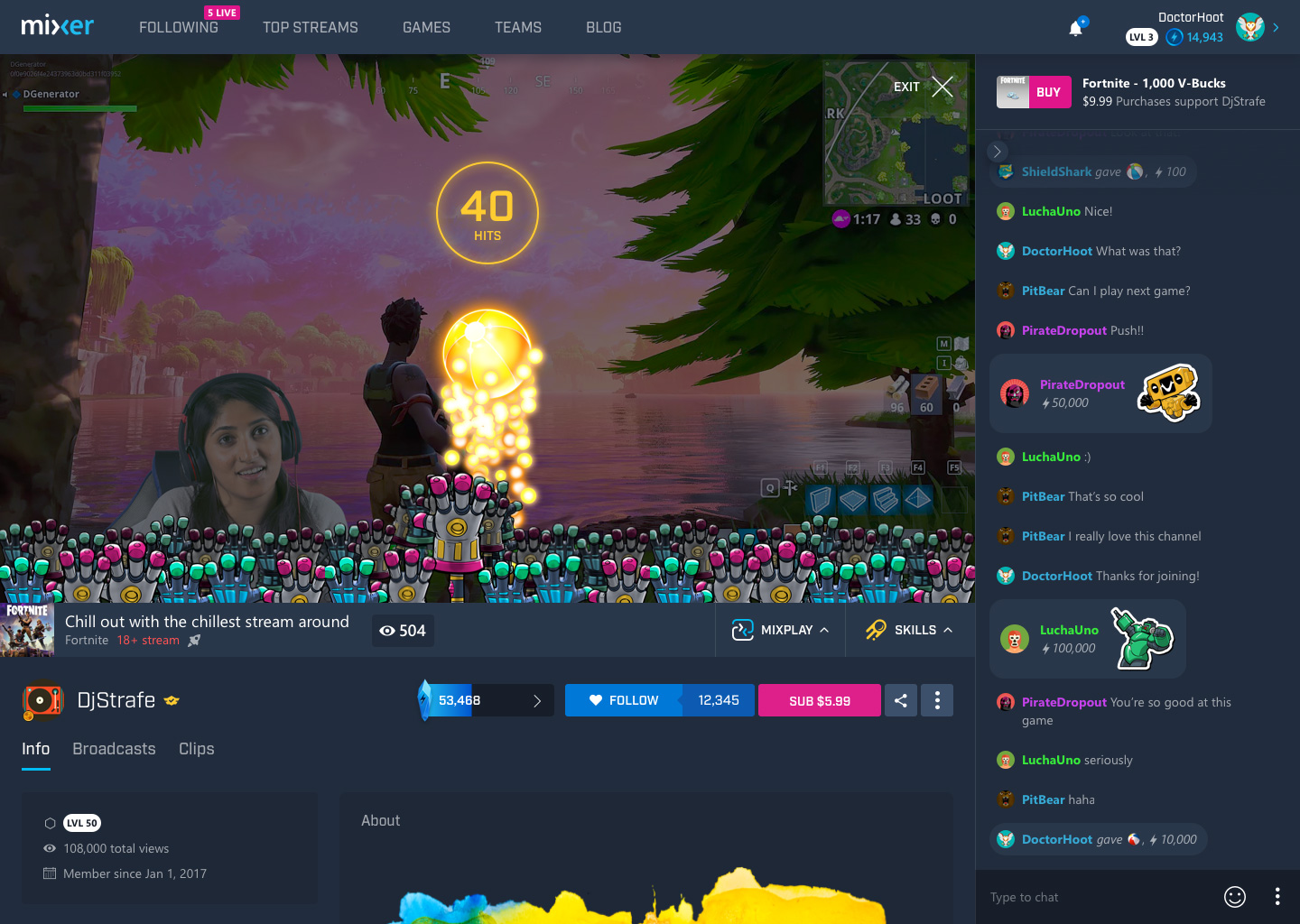 Since Microsoft acquired livestreaming platform Beam back in August of 2016, the tech giant has rapidly shifted the service’s focus to be on gaming, with the most substantial change being the name shift to ‘Mixer.’

Now, Microsoft is kicking things up a notch with a wide variety of new features under an umbrella Mixer is calling ‘Season 2.’

Viewers are now able to interact with streamers through a series of new visual responses called ‘Skills.’ These Skills come in the form of GIFs, stickers and various other visual effects.

Microsoft says that Skills support streamers financially given that they’re sent by spending ‘Sparks,’ Mixer’s in-app currency earned by watching livestreams. Each time a Skill is used on a Mixer partner’s channel, it supports the streamer financially, says Microsoft.

In the future, Microsoft plans to launch Embers, a more expensive tier of in-app currency that can pay for specific special Skills.

A new progression system is also coming to Mixer with Season 2, allowing players to level up their account by sending Skills, chatting and more. The more engaged you are with the platform, the more Skills are unlocked. 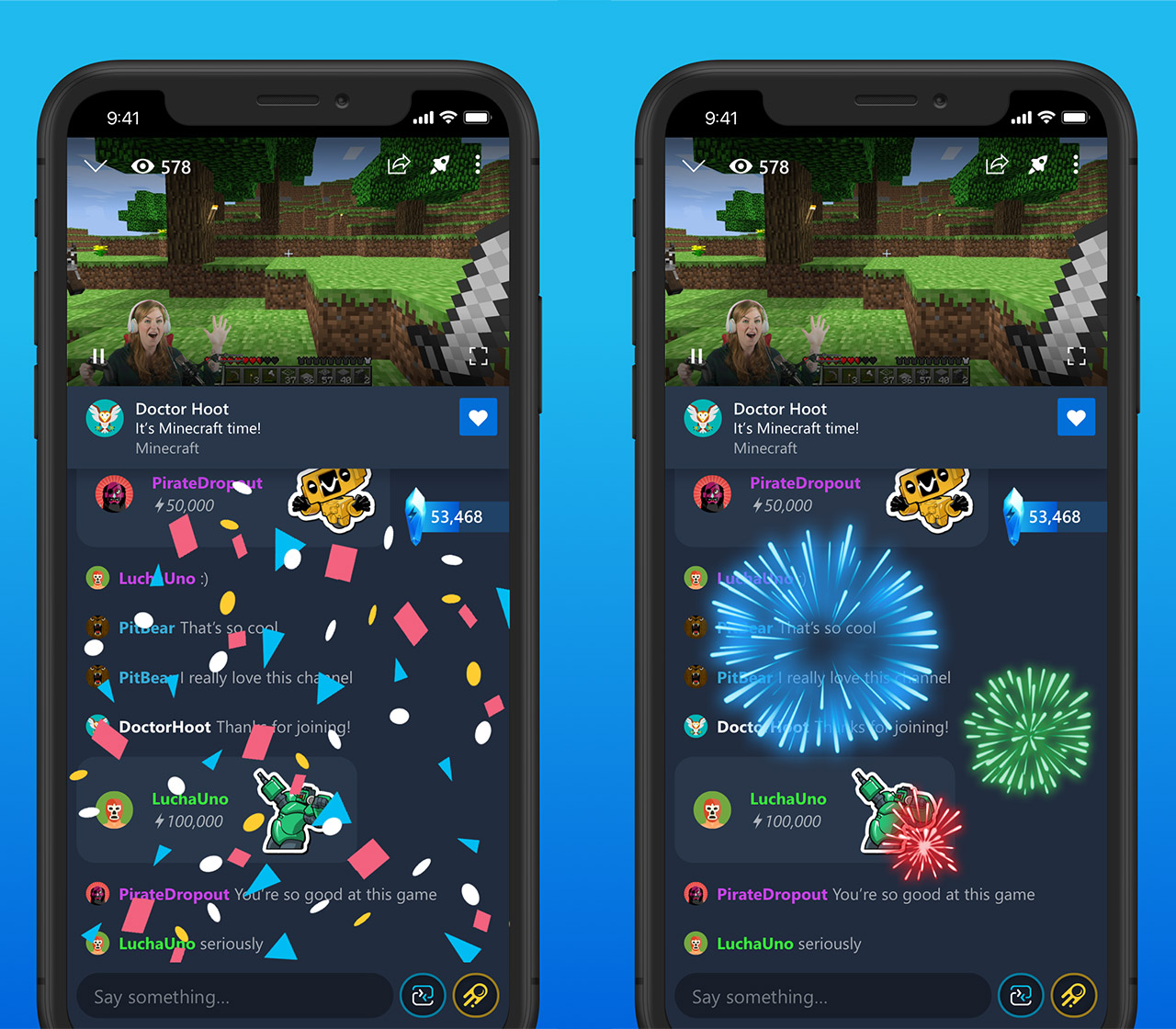 Other new Season 2 features include improved streaming functionality through the addition of automatic bitrate switching, as well as more options for the platform’s Faster Than Light streaming protocol (FTL) streaming feature, which decreases livestream latency.

Though Mixer sits in a distant third place position behind Twitch and YouTube when it comes to video game livestreaming, new features like Skills go a long way towards differentiating the service from its competitors.