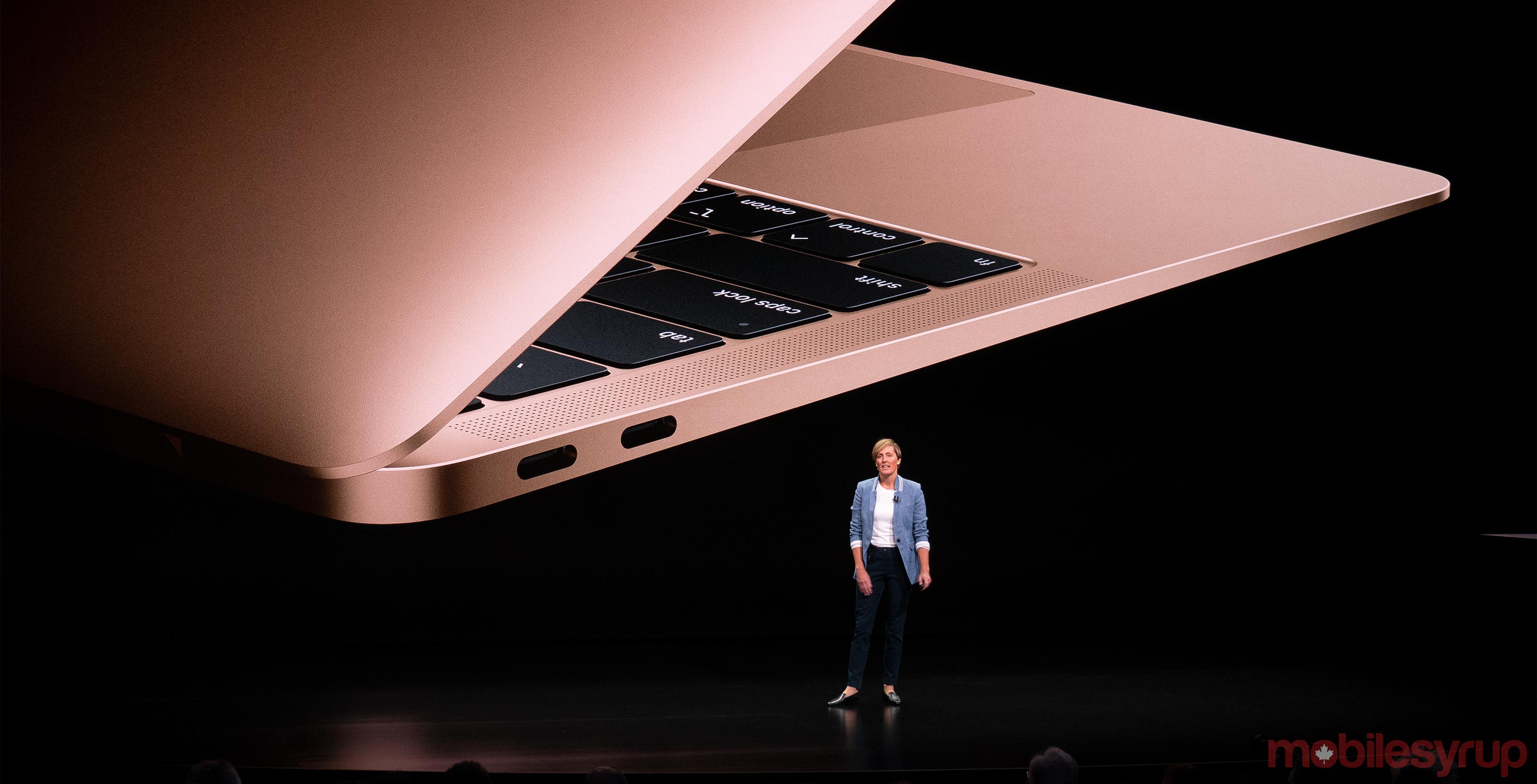 After the announcement, AnandTech compared the chip configuration — a dual-core i5 with a 1.6GHz clock and a 3.6GHz Turbo Boost — with other 8th-gen Intel processors and noticed that the speeds didn’t match.

At the time, the closest listing was a 1.3GHz dual-core processor, which isn’t the same as what Apple said it used in the Air.

AnandTech guessed, based on the revealed specifications, that the processor was an unreleased Y series chip.

However, since it reported that Apple was using an unannounced chip, Intel updated it’s website listings with the new processor.

Based on the new listing, it looks like the new MacBook Air uses an i5-8210Y with a 7-watt TDP, confirming AnandTech’s guess.

While those upgrading from an older MacBook Air will see significant performance improvements, the potential gain isn’t as great as it would be had Apple stuck with a U series processor.

The flip side of that, however, is equipping the MacBook Air with U series chips would allow it to outperform future MacBook models significantly.

So, while having a Y series chip in the MacBook Air may not be ideal for users, it does make sense from a product line-up standpoint. Further, it may indicate that Apple intends to keep the MacBook in the lineup and refresh it with faster processors that make it a more appealing option over the Air.