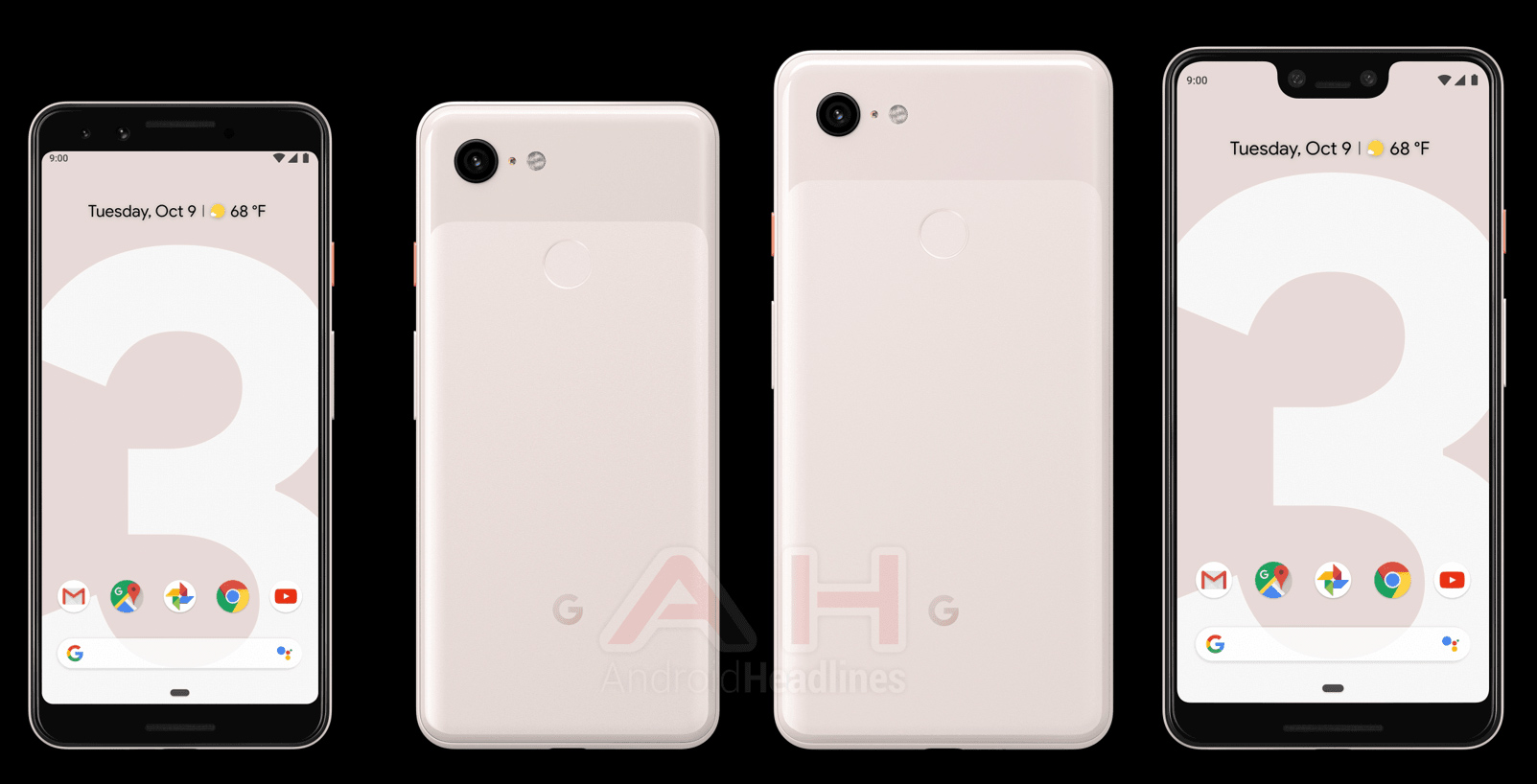 Both the Google Pixel 3 and 3 XL will reportedly release in a new pink colour called ‘Sand,’ according to Android Headlines, which states that it received the information from a “reliable source.”

The pink variant seems to feature a light pink hue with a deeper pink power button.

Android Headlines indicates that it can’t speak to the often-rumoured mint coloured version of the Pixel 3. The publication believes that the ‘mint’ coloured handset may come out at a later date, or that it refers to the power button found on the white variant.

The two handsets will also not be all that different from one another, apart from the notch, placement of the dual selfie shooters and display size.

Google will officially unveil the Google Pixel 3 and 3 XL at its ‘Made by Google’ event on October 9th. To learn more about what we expect to see at the event, click here.