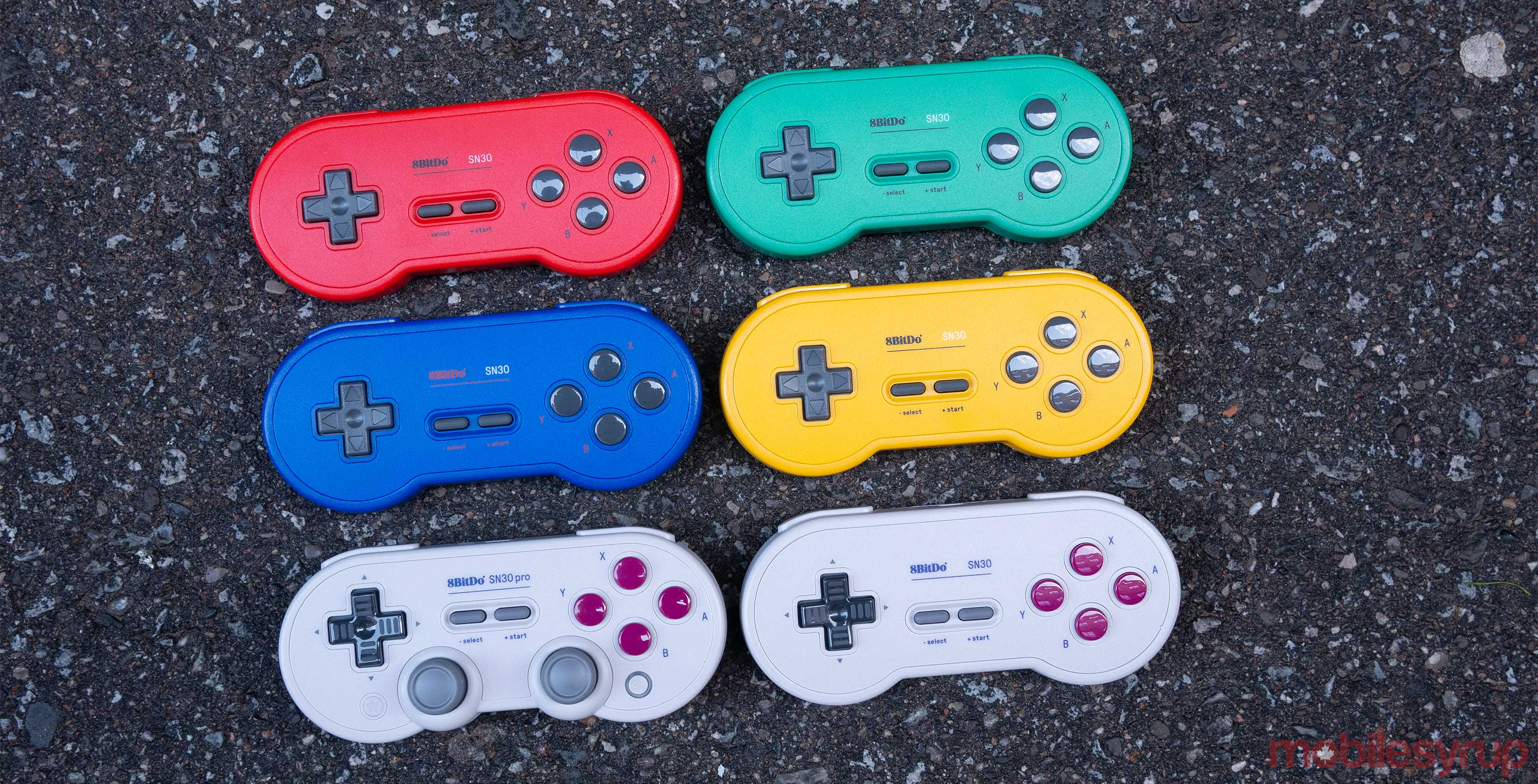 While 8Bitdo initially revealed its lineup of 2018 controllers back in June, the gamepads recently arrived at the MobileSyrup office, including the colourful SN30 GP line, as well as the new OG Game Boy Sn30 Pro variant.

The classic gray SN30 Pro and SN30 are identical to last year’s offerings concerning functionality. The same can be said about the colourful, but still Game Boy-inspired SN30 GP gamepads, which are a nostalgic blast from the past I can’t help but smile at. 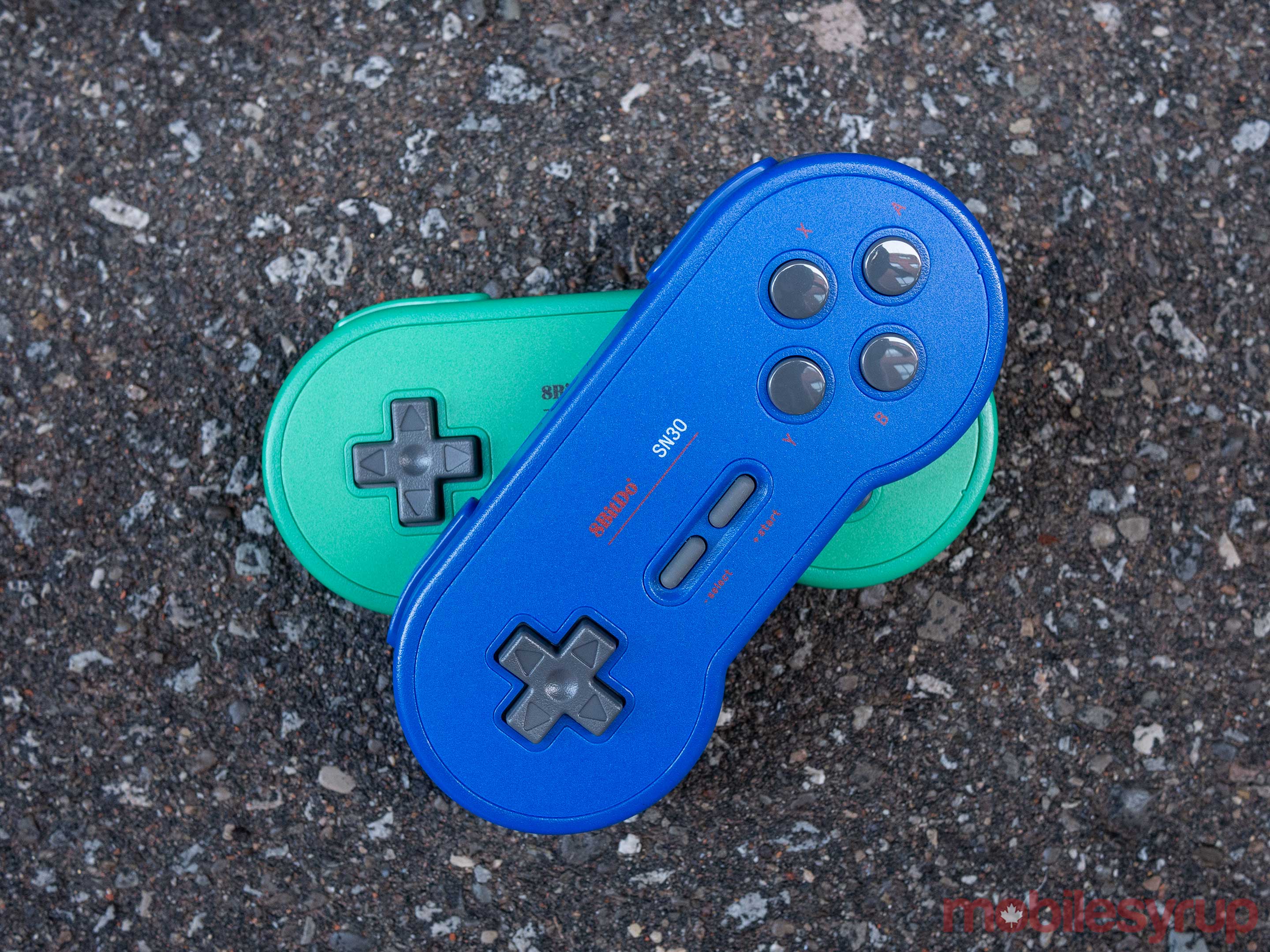 My personal favourite of the SN30 GP lineup is the yellow controller, if only because this is the same shade as the original Game Boy I spent hours playing as a child — and for some reason, still have today. The full SN30 GP lineup includes the five colours the Game Boy and Game Boy Pocket were available in back in the mid to late 90s: ‘Grey,’ ‘Red,’ ‘Green,’ ‘Blue,’ and of course, ‘Yellow.’

The SN30 GP series of controllers aren’t yet available on Amazon.ca, though they can be purchased through Amazon.com for $29.98 (approximately $38 CAD).

Regarding connectivity, each SN30 GP controller is compatible with Windows, Android, macOS, and the Nintendo Switch. The gamepads can be charged via Micro USB and include a 480mAh li-on built-in rechargeable battery that offers 18 hours of play with one to two hours of charging. 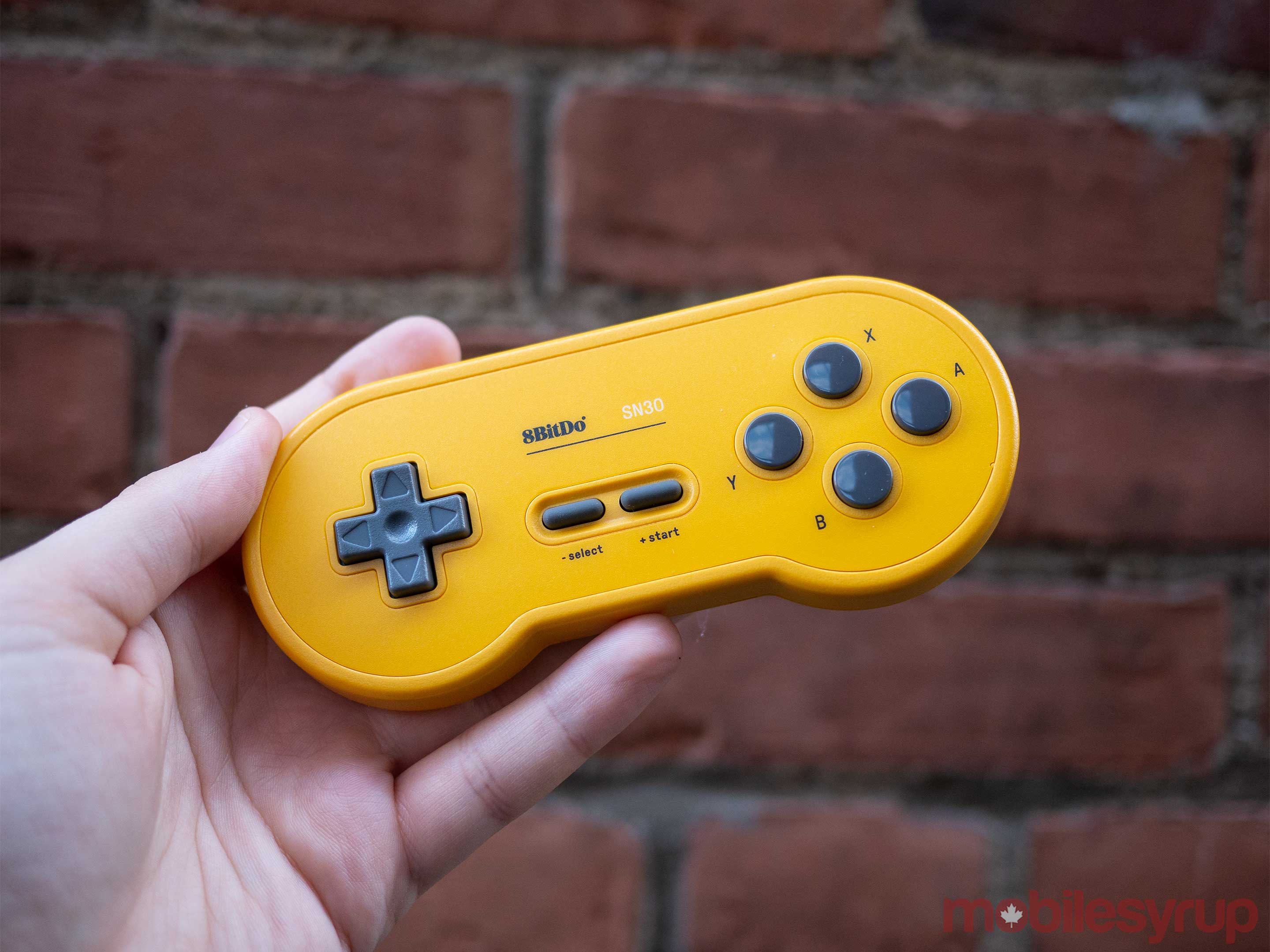 The new gray Game Boy-coloured SN30 Pro once again features two joysticks and rumble feedback, though it still doesn’t include the same ‘HD Rumble’ as Nintendo’s official Joy-Cons. This particular controller is compatible with Windows, Android, macOS, Switch and even Rasberry Pi devices. The gamepad is also charged through USB-C and also even includes motion controls.

When it comes to quality, I won’t go so far as to say that 8Bitdo’s gamepads feel as reliable as Nintendo’s first-party controllers, though they do come pretty close. The D-pad is solid, and so are the various face and shoulder buttons.

Further, in the case of the SN30 Pro, the joysticks are surprisingly smooth, fluid and responsive. The SN30 Pro isn’t yet available on Amazon.ca, but is listed on Amazon.com for $44.98 (approximately $58 CAD). 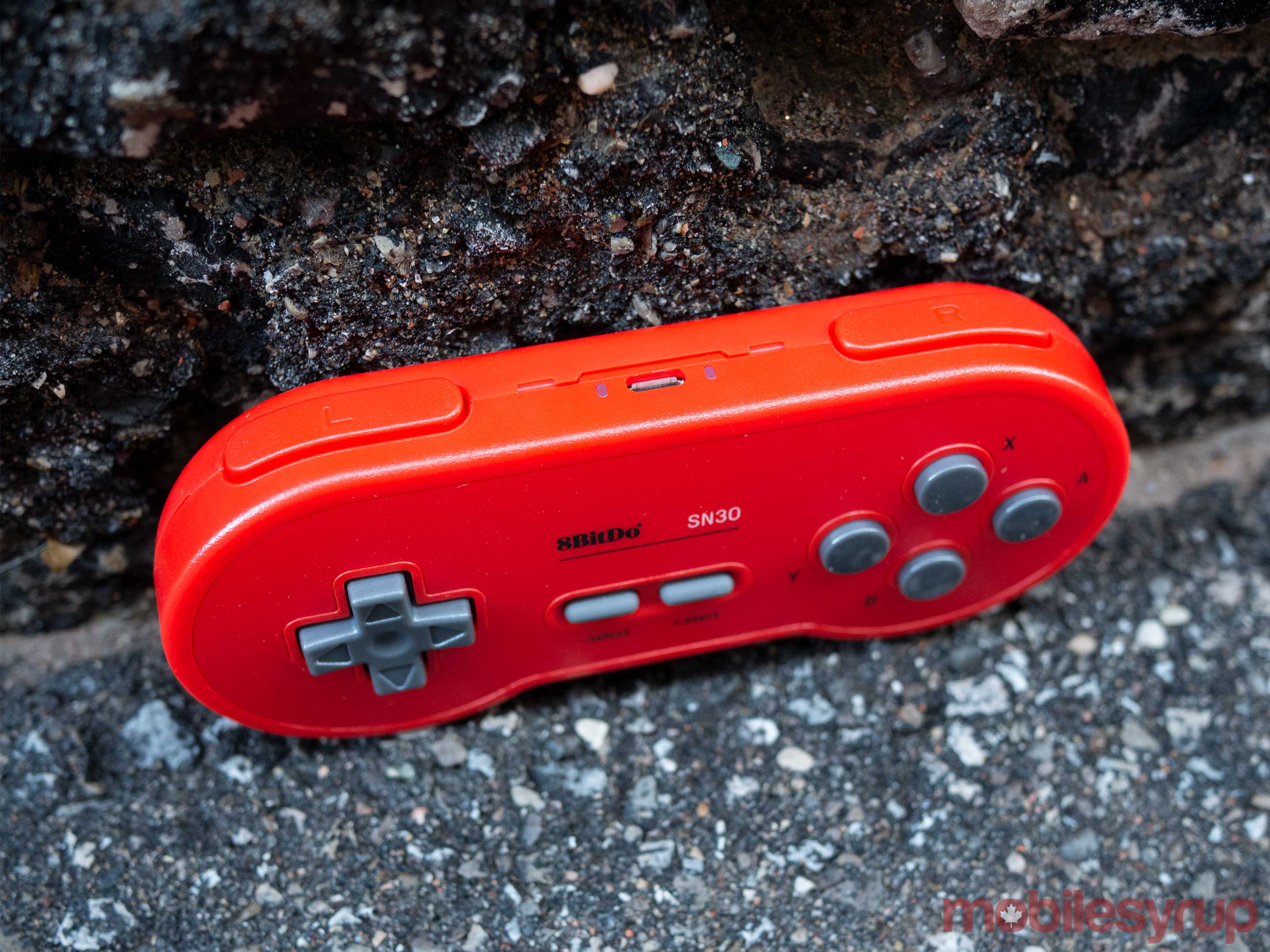 It’s also important to note that 8Bitdo’s controllers still don’t work with iOS devices because they are not MFi certified.

While this remains disappointing, I understand why the accessory manufacturer doesn’t want to shell out the money to be licensed to be compatible with a single platform. Still, it would be great to be able to use the yellow SN30 GP to play games with Apple’s recently released iPhone XS Max — a smartphone I’ve found is great for gaming.

MobileSyrup has reached out to 8Bitdo for clarification regarding Canadian Amazon availability of its 2018 gamepad lineup.