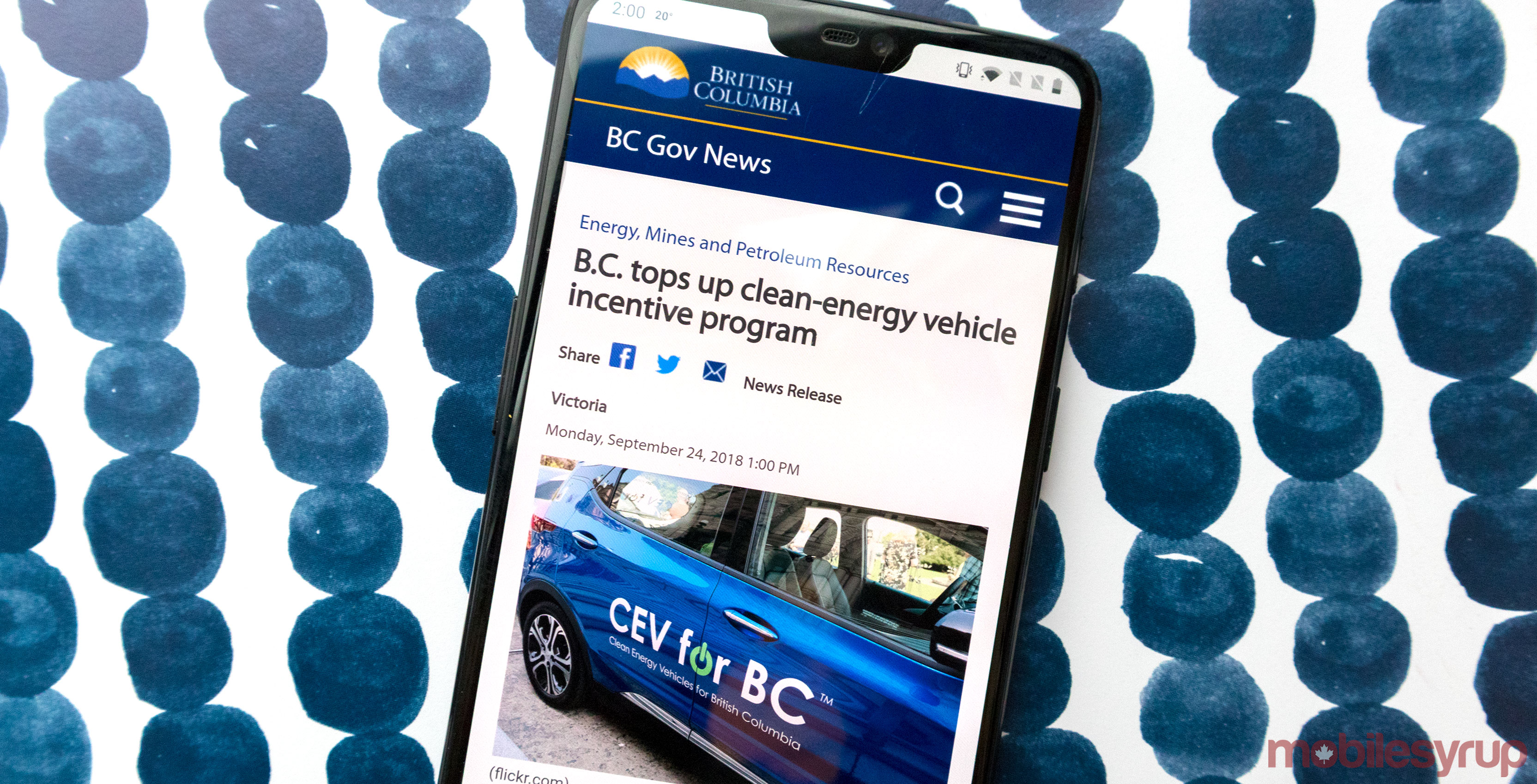 Since the program began in 2011, the government has dispersed over $71 million across a few areas, including clean energy vehicle incentives and charging infrastructure. The program’s so popular that it ran out of cash flow in February of 2017, resulting in the government injecting it with an additional $40 million then.

The recent $10 million top-up is to help the program last until the government releases its strategy for a clean-growth later in 2018. A new version of the Clean Energy Vehicle Program is expected to be introduced as part of the plan.

The current plan nets buyers a $5,000 incentive for buying a battery-powered electric car, and $6,000 for hydrogen fuel cell vehicles.

B.C. has the highest per-capita electric vehicle adoption rate in Canada, according to the province’s government. Between April and June of 2018, the program paid out for more than 1,400 incentive applications.

Making the transition to clean energy vehicles is an essential move for the province if it wants to hit its greenhouse gas reduction targets. The province is aiming to reduce its carbon levels by 40 percent between 2007 and 2030, followed by a 60 percent reduction by 2040.

A recent study from the Angus Reid Institue shared that one of the most significant reasons Canadians aren’t buying electric cars is their high price tag. British Columbia is taking a modern approach to selling electric vehicles by helping its citizens afford the pricey vehicles, but some provinces like Ontario don’t currently have any incentives.

Source: the Government of British Columbia