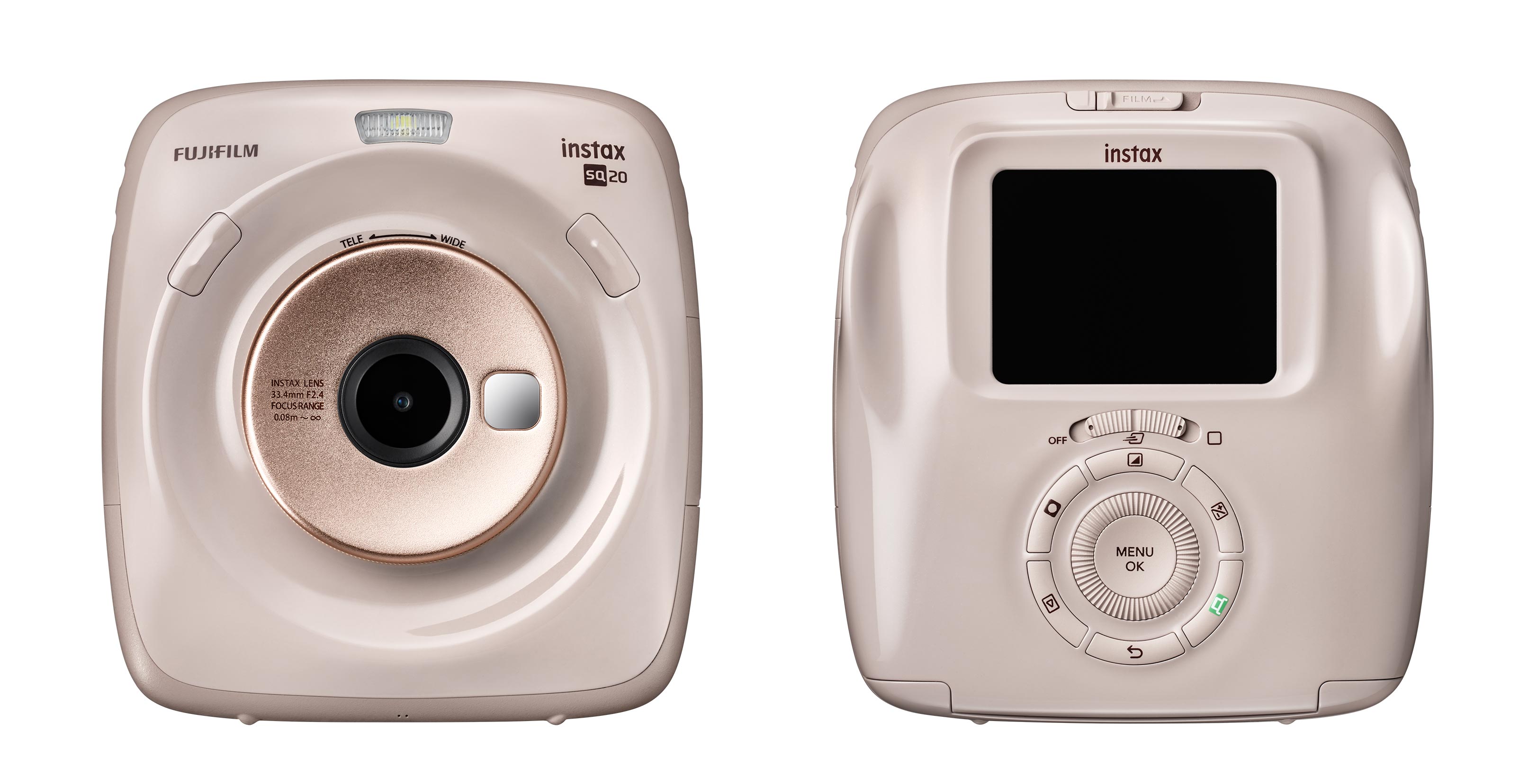 The Square SQ20 is capable of producing instant, Polaroid-style image prints and has the ability to record up to 15 seconds of video that it stores on a SD card. The SQ20 utilizes that video file in order to create various photo effects, which can be added to images before they’re directly printed out with the camera.

Fujifilm calls this new feature ‘Motion Mode.’ It allows users to scrub through a video in order to find the specific frame to print. Further, Motion Mode is capable of creating a fake long exposure that blurs the motion captured in the video.

Fuji says there’s also a mock 35mm film strip border that can be added to photos in this mode, too.

Unfortunately, the SQ20 features a smaller 1/5-inch sensor when compared to the SQ10, which includes a 1/4-inch sensor. The camera’s glass seems to be the same as the SQ10 though, with it coming in at f/2.4 aperture, though it doesn’t capture as wide of a field-of-view, moving from 28.5mm to 33.4mm.

That said, the SQ20 does feature 4x zoom, which is a first for any of Fujifilm’s Instax cameras.