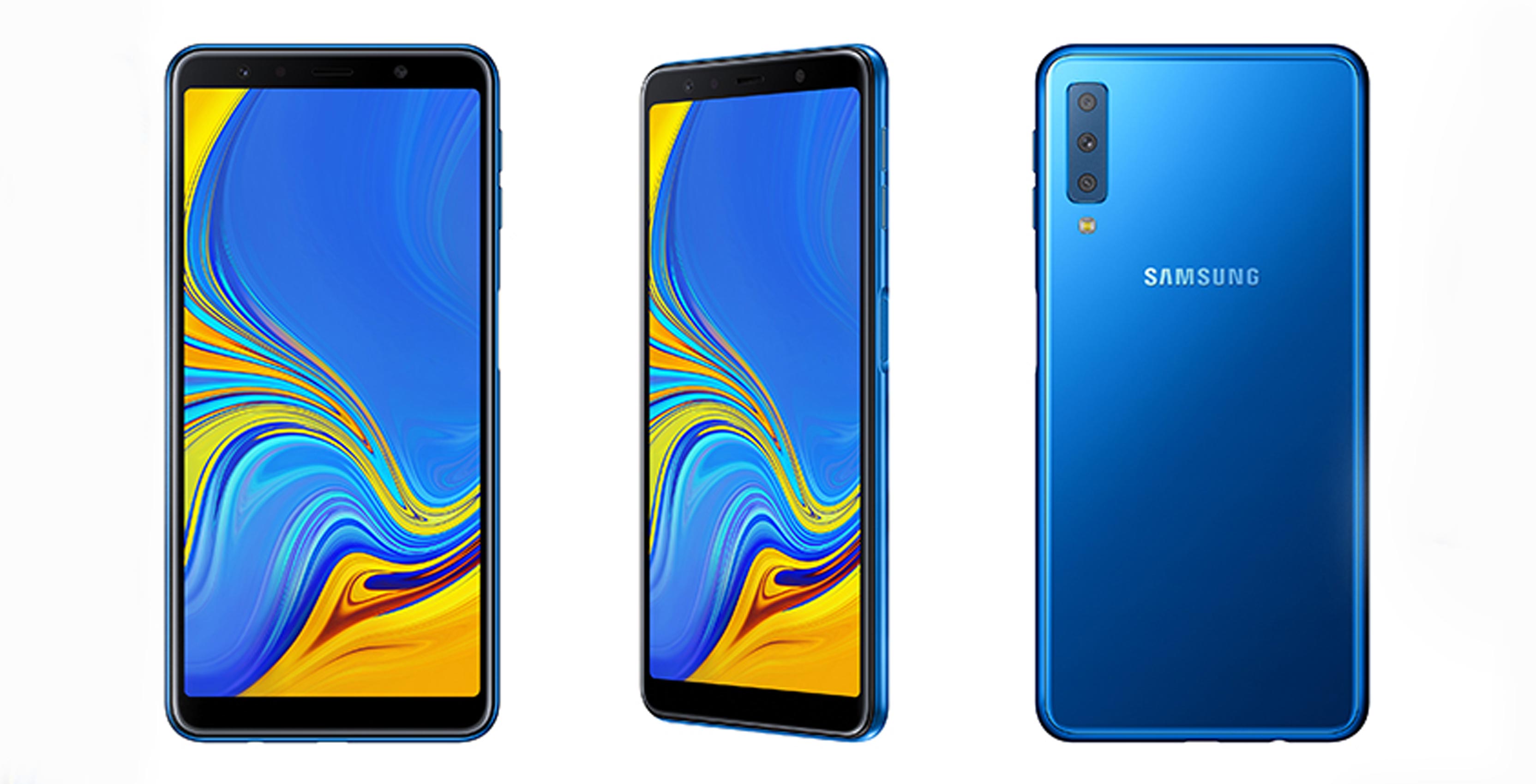 Samsung has announced its latest mid-range device, the triple camera Galaxy A7.

Taking a page from LG, the A7 features an 8-megapixel sensor with an ultra-wide 120-degree field of view lens. It also includes a 24-megapixel coupled with a secondary 5-megapixel depth lens to allow for depth of field portrait effects.

The company has also included pixel binning technology inside the A7’s main rear camera, allowing the sensor to combine four pixels into one to help with low-light photography. Last but not least, the camera includes Samsung’s ‘Scene Optimizer’ algorithm, which analyses a scene to adjust colour, contrast and brightness in an attempt to make photos look better.

The front camera appears to be no slouch either.

It features a 24-megapixel sensor with an adjustable LED flash. While the phone doesn’t have two front-facing cameras, Samsung has still included software that allows users to apply a background blur effect to their selfies.

Other features include an unnamed octa-core processor clocked at 2.2GHz and supported by 4GB of RAM. In addition, the base model A7 features a 6.0-inch AMOLED display with a 1080 x 2220 resolution, 3,300mAh capacity battery, 64GB of expandable internal storage, Dolby Atmos sound and side-mounted fingerprint sensor.

At launch, the A7 will ship with Android 8.0, as well as the company’s Bixby, Pay and Health platforms.

Overall, the A7 looks like it will be a compelling mid-range option for Canadian consumers, should Samsung decide to release it here. 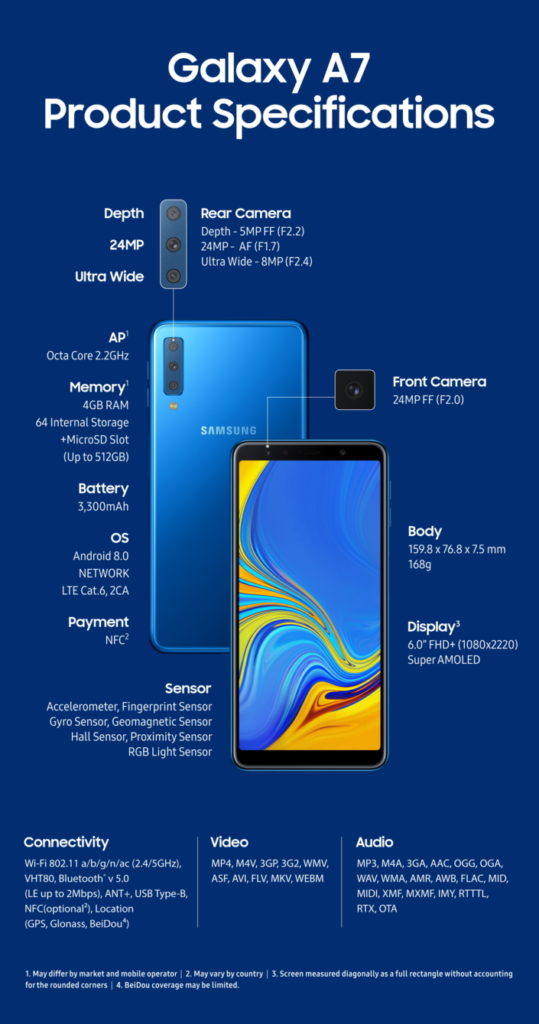 Samsung says it will first ship the A7 to select markets in Europe and Asia this fall, with the phone coming to additional markets in the “near future.”

MobileSyrup has reached out to Samsung to find out whether it plans to bring the A7 to Canada. This article will be updated with a response.

There’s no word yet on pricing, but Samsung has promised to reveal more at an October 11th, 2018 event.