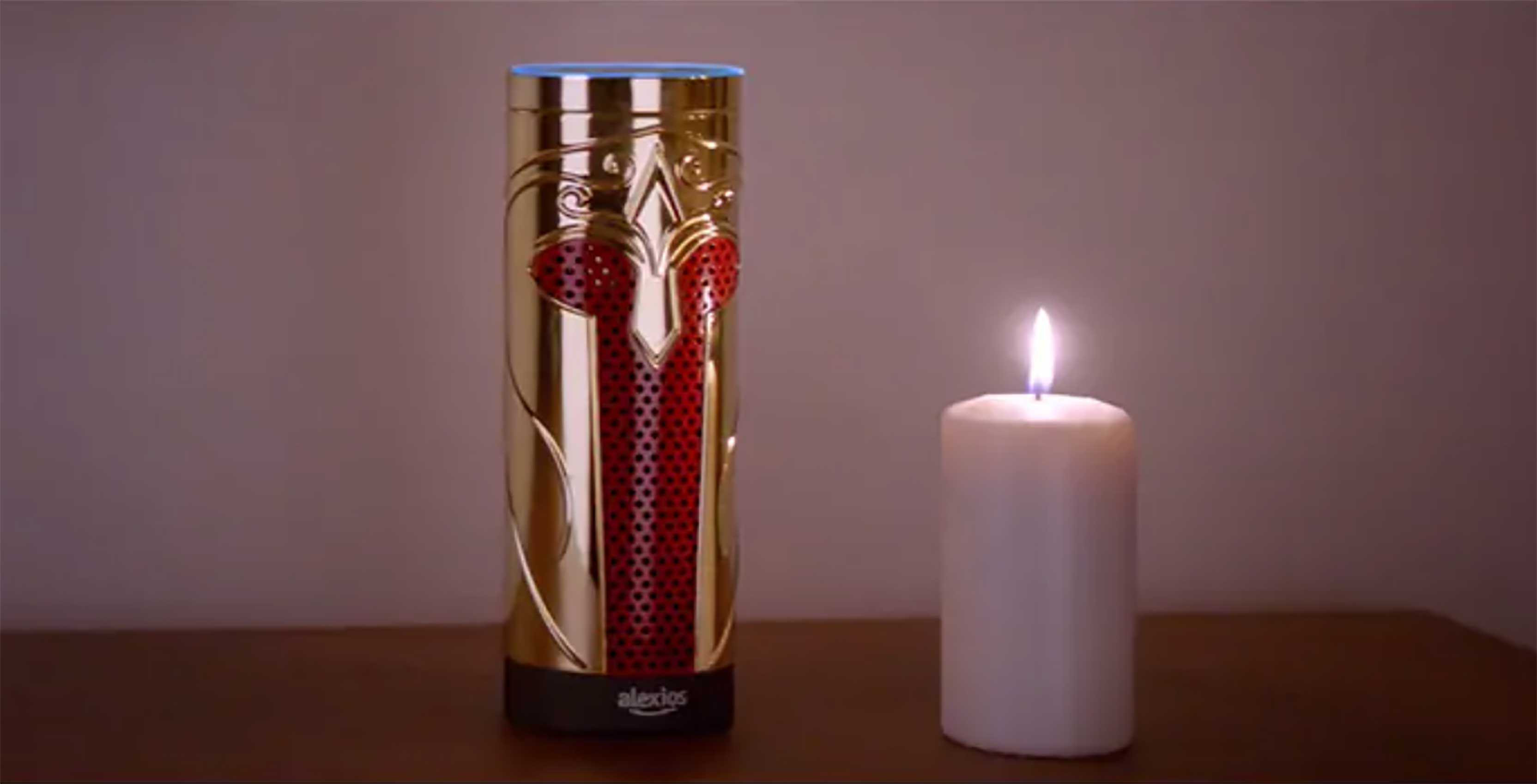 Now, Amazon smart speaker owners can say ‘Alexa, open The Spartan’ to get their questions answered by Alexios, one of the playable characters from the Ubisoft Quebec-developed Odyssey.

From there, Alexios will respond to more than 1,500 prompts about topics like weather, shopping lists and calendar events, although in a much more intense way than the cheery Alexa. For example, asking Alexios “What’s the news?” might have him respond with “The sirens lured another ship to its doom. Forty-five sailors died happily.” Similarly, asking “What’s your favorite drink?” might get him to say “The blood of my enemies. But during peacetime, a raspberry mojito.”

Starting October 2nd, users will also be able to ask Alexios for more information about Odyssey‘s many historical Greek locations. For instance, ask Alexios to “Tell me about Epidaurus” and he’ll explain that “Epidaurus was strategically placed between Athens and Argos as an entry point for pilgrims. They would travel from all over Greece to the nearby healing sanctuary of Asklepios.”

Altogether, Alexios can provide additional information on over 300 points of interest that can be found in the game.

To promote the new Spartan Skill, Ubisoft has also released a humourous video featuring a real-life Alexios who enters a home to answer a family’s questions.

The two companies didn’t stop there, however. To celebrate the launch of the Spartan Skill and next month’s release of Assassin’s Creed Odyssey, Ubisoft and R/GA have also produced a small number of Spartan-themed limited edition Amazon Echo Plus smart speakers.

From now until October 5th, fans can share the above ‘Assassin’s Creed Odyssey Amazon Alexios‘ video to Facebook to enter for a chance to win one of five Odyssey-inspired Echo Plus speakers.

Assassin’s Creed Odyssey will launch on the PlayStation 4, Xbox One and PC on October 5th.