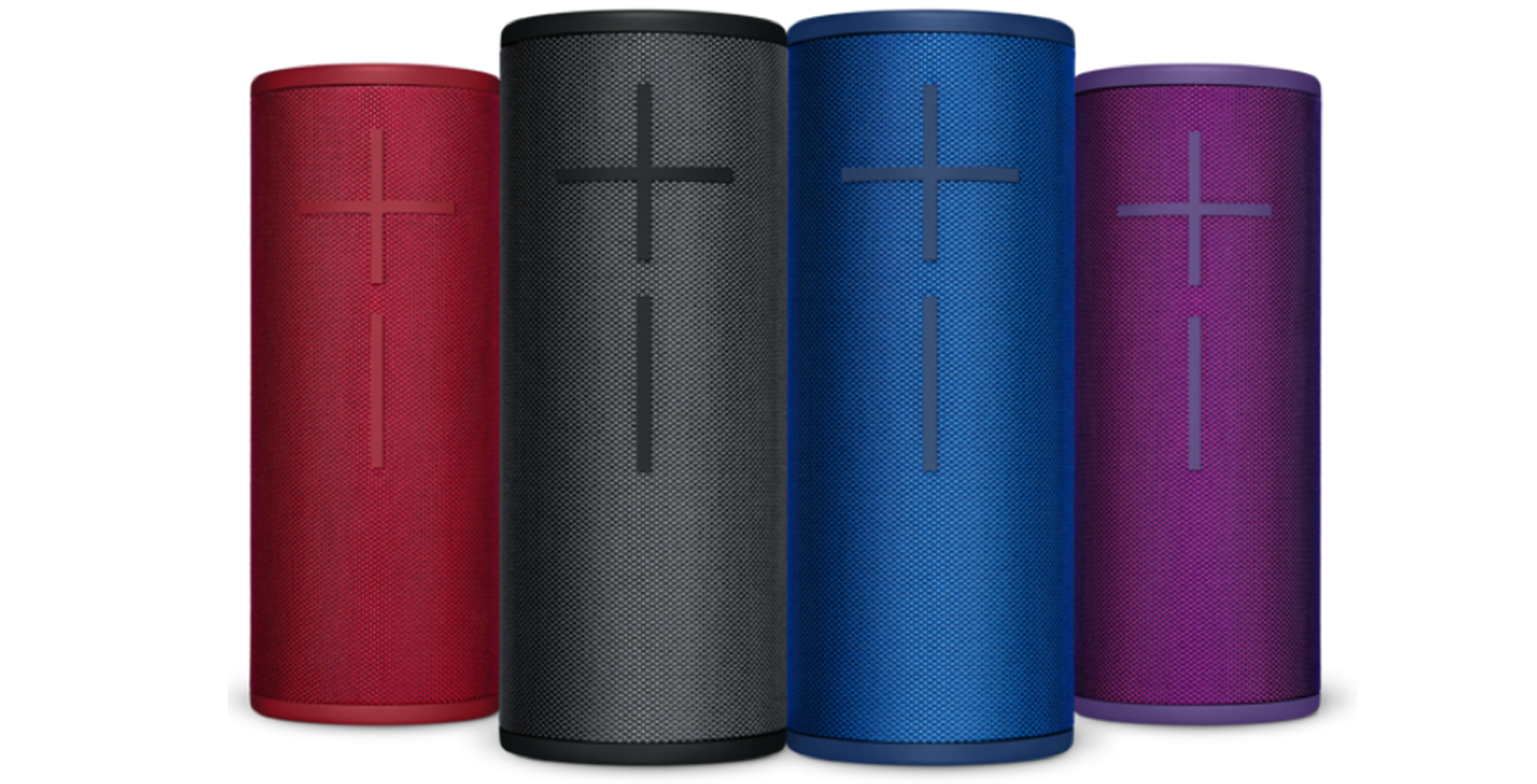 Logitech-owned speaker company Ultimate Ears (UE) has announced the next generation of its Boom line of speakers.

With the Boom 3 and the MegaBoom 3, Ultimate Ears is promising the same portability and great sound as its Boom 2 line, with a number of enhancements to help take the speakers to the next level.

The speakers look much more akin to the UE Blast rather than the previous Booms. The fabric that wraps around the cylindrical speaker is new as well. It uses a new two-toned, high-endurance mesh that’s used in motorcycle jackets and fire equipment, according to UE’s press release.

There’s also a revamped hook on the new models. Instead of being tiny and on the bottom of the speaker, UE moved it to the top edge and made it of fabric. The new placement alone should make the hook much easier to use.

The coolest feature is the step up to an IP67 water-resistance. The new certification means users can toss their speaker into a pool and float around with it as it plays music.

The final new feature is a big button on the top of the speaker that UE has taken to calling the ‘Magic Button.’ It works like the single button that’s on a lot of headphones. Users can play, pause and skip songs directly from the speaker depending on the number times they tap the button.

Pretty much every feature from the previous Boom speakers is packed in too. ‘Party Up,’ the wireless speaker connection technology, wireless on and off and the Boom app are all still around.

The Boom 3 is compatible with the wireless charging dock that launched alongside the UE Blast.

Consumers can preorder both speakers starting today. The MegaBoom 3 is priced at $249 CAD, while the regular Boom 3 is priced at $199 CAD. Both models are expected to start shipping in September. MobileSyrup has reached out to UE to find out if more colours are coming to Canada.