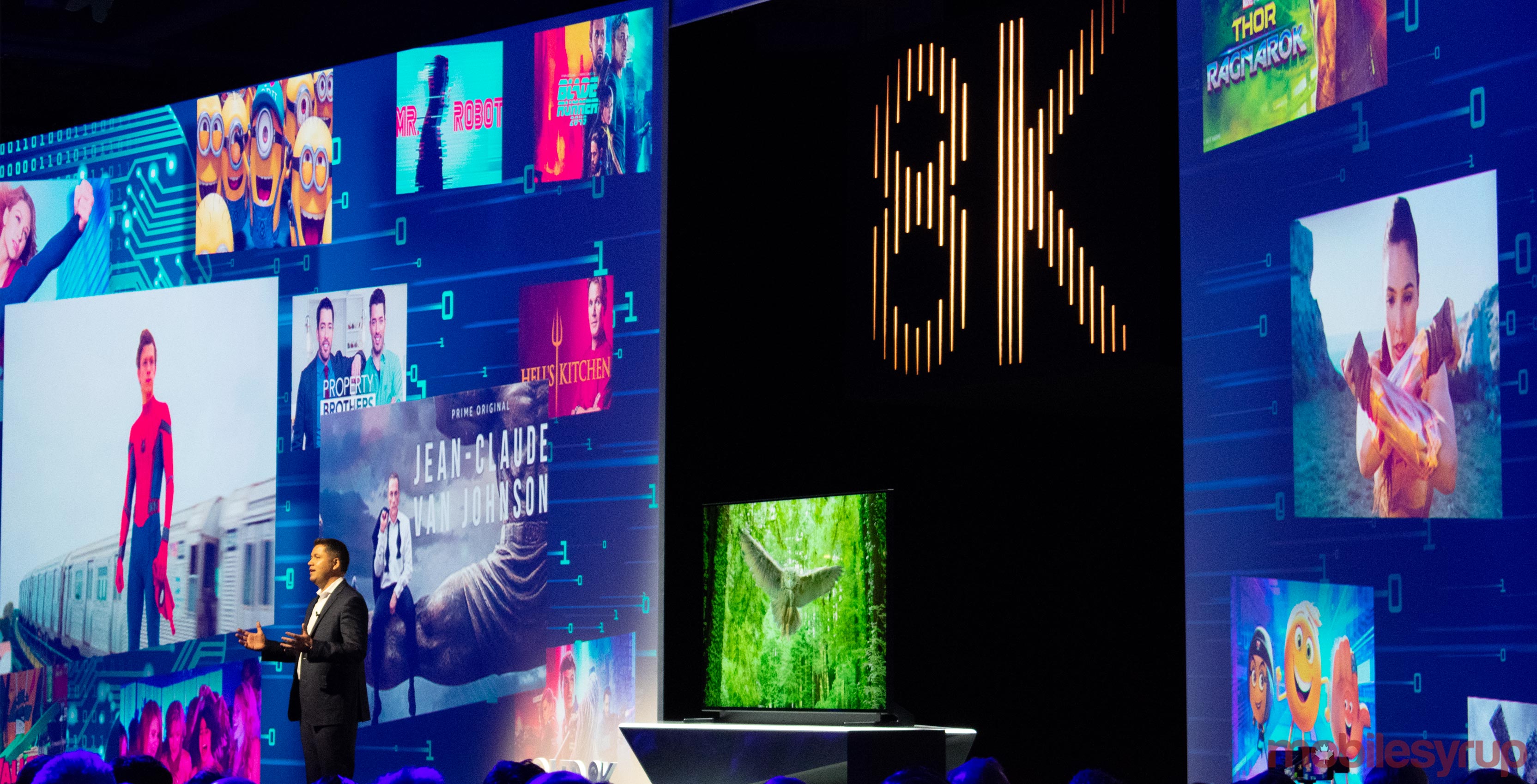 Yesterday, LG announced plans to mass-produce the world’s first 88-inch 8K LG OLED TV. Today, Samsung has followed suit by stating it will be on “the Next Frontier of Picture Quality” with its “Q900R QLED 8K, complete with 8K AI Upscaling.”

“Real 8K Resolution can produce 4,000 nit peak brightness – a standard met by most film studios. Q HDR 8K, powered by HDR10+ delivers perfect colour expression for realistic, life-like images, just as the creator originally intended. The Q900R’s 8K AI Upscaling, a proprietary technology developed with artificial intelligence, is designed to enhance both picture and sound quality – regardless of the original source quality or format – to premium 8K quality,” stated Samsung in a press release to MobileSyrup.

Samsung will launch its 8K lineup in four sizes, 65-inch, 75-inch, 82-inch and 85-inches. Unfortunately, there was no pricing or Canadian availability but these will be available ‘late September’ in the United States. The first model to be released will be the 85-inch 8K TV.