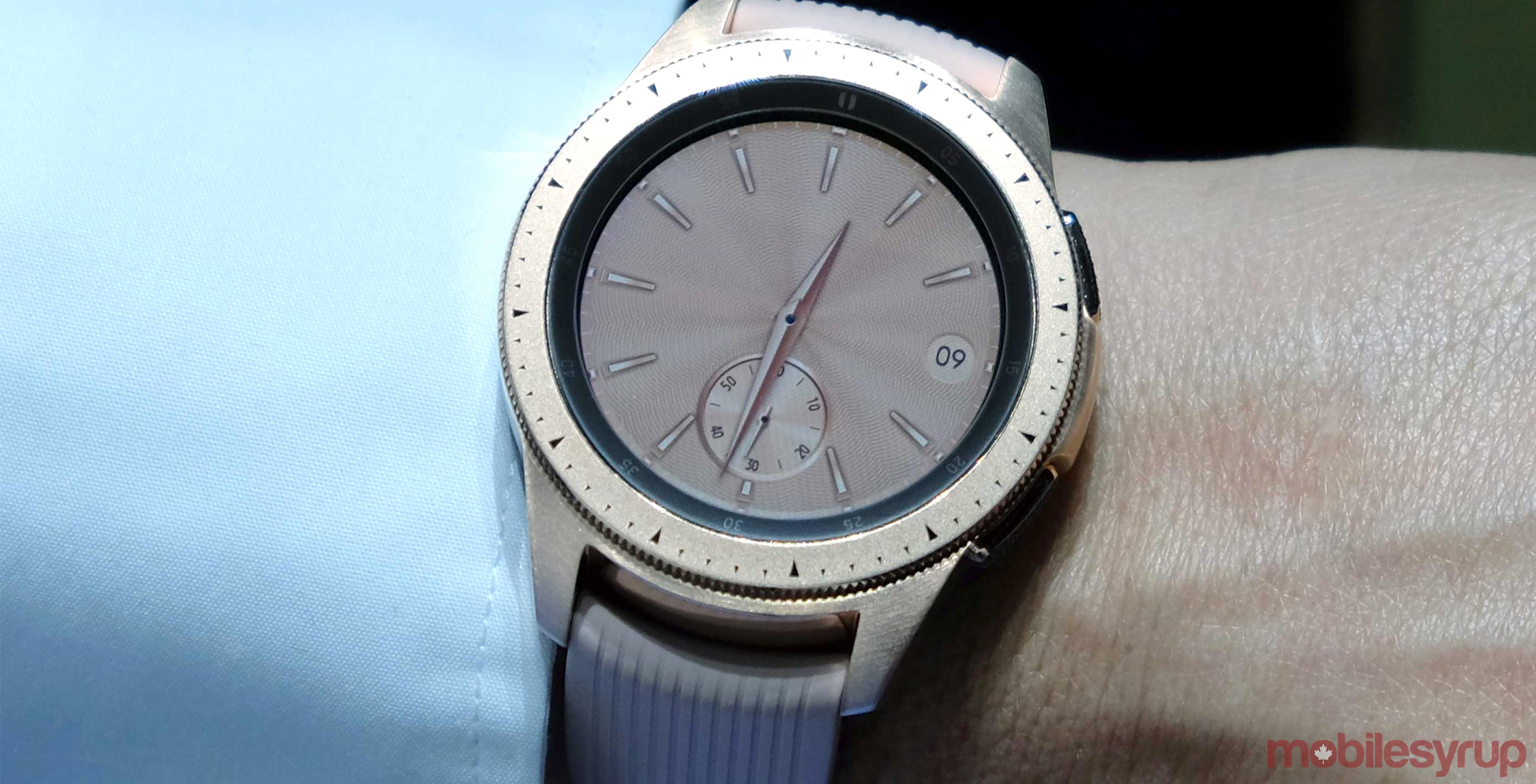 The Galaxy Watch is available in two variants, a 46mm ‘Silver’ version and a 42mm ‘Midnight Black’ or ‘Rose Gold’ option. Both versions of the smartwatch feature 5 ATM water and dust resistance, a rating that’s above IP68, along with a MIL-STD-810G rating for durability.

The 46mm version of the smartwatch includes a 472mAh battery, while the smaller 42mm iteration includes a 270mAh battery. Both smartwatches also feature a number of different coloured strap options.

Both versions of the smartwatch are also powered by an Exynos 9110 dual-core processor.

Other features include the ability to monitor the wearer’s heart rate, a breathing guide, and built-in fitness tracking, with six of the most popular exercises being recognized automatically.

The 46mm Bluetooth Galaxy Watch is priced at $459 CAD at Best Buy, while the 42mm version costs $419. The Galaxy Watch is also available for pre-order directly through the South Korean manufacturer’s website. Both versions of the smartwatch come with Samsung’s Wireless Charger Duo as long as the pre-order is placed before September 30th

OnePlus might be very close to launching a smartwatch