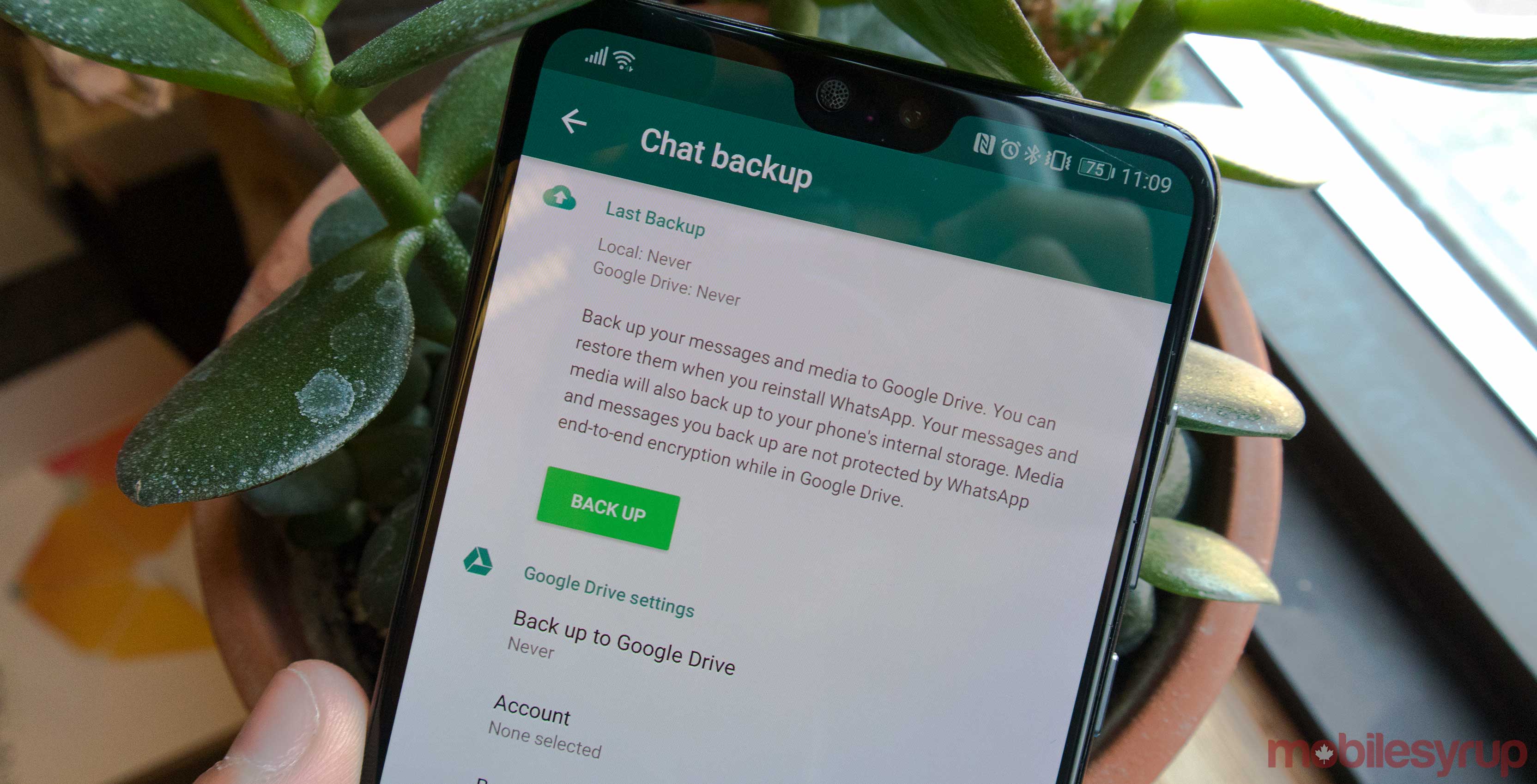 A new partnership between Google and instant messaging app WhatsApp is going to make it free for users to back up their WhatsApp account.

Starting on November 12th, WhatsApp backups on Android will no longer count against the user’s Google Drive storage limit.

In an email Google sent out to its customers informing them of the change, it mentions that any backups that haven’t been updated in a year will be removed from Drive.

So apparently @googledrive and @WhatsApp have entered into some kind of agreement that gives me free backups now? Anyone else getting this? pic.twitter.com/egxImxI7Ou

Google recommends that users should manually backup their account before the 12th to make sure that no data gets lost when the new partnership comes into effect.

This option is only for Android users only; the iOS version of the app uses iCloud instead of Google Drive.

Users can backup all of their messages and media into Google Drive, but it’s worth noting that once the content makes its way off of WhatsApp’s platform, it’s no longer protected by end-to-end encryption.

To perform a backup on WhatsApp mobile users need to open the settings menu and select ‘Chats,’ then ‘Chat backup’. Once inside of this setting, there are a few options to create automated backups and one large green button to manually backup to Google Drive.