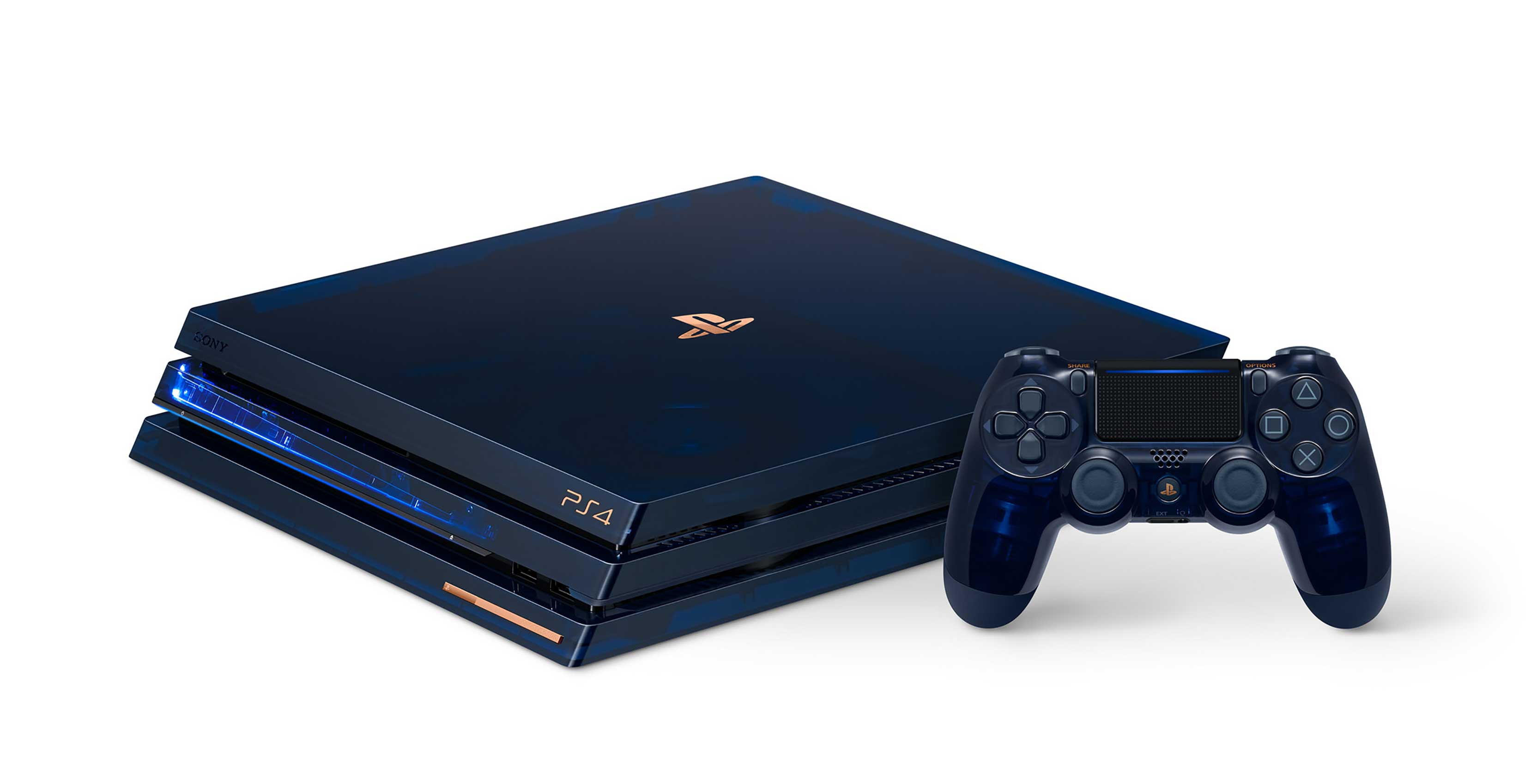 Each console will have a commemorative copper plate on its front sporting its limited edition serial number.

The 500 Million Limited Edition system will launch in Canada on August 24th at a cost of $639.99 CAD. Sony says there will only be 50,000 units available worldwide.

Best Buy Canada will be carrying the system and controller online only.

MobileSyrup has reached out to Sony for confirmation about other availability with other retailers.

A Limited Edition DualShock 4 will also be sold separately for $74.99, while the 500 Million Limited Edition Gold Wireless Headset will be available standalone for $119.99.