The new charger looks pretty futuristic in a Tesla 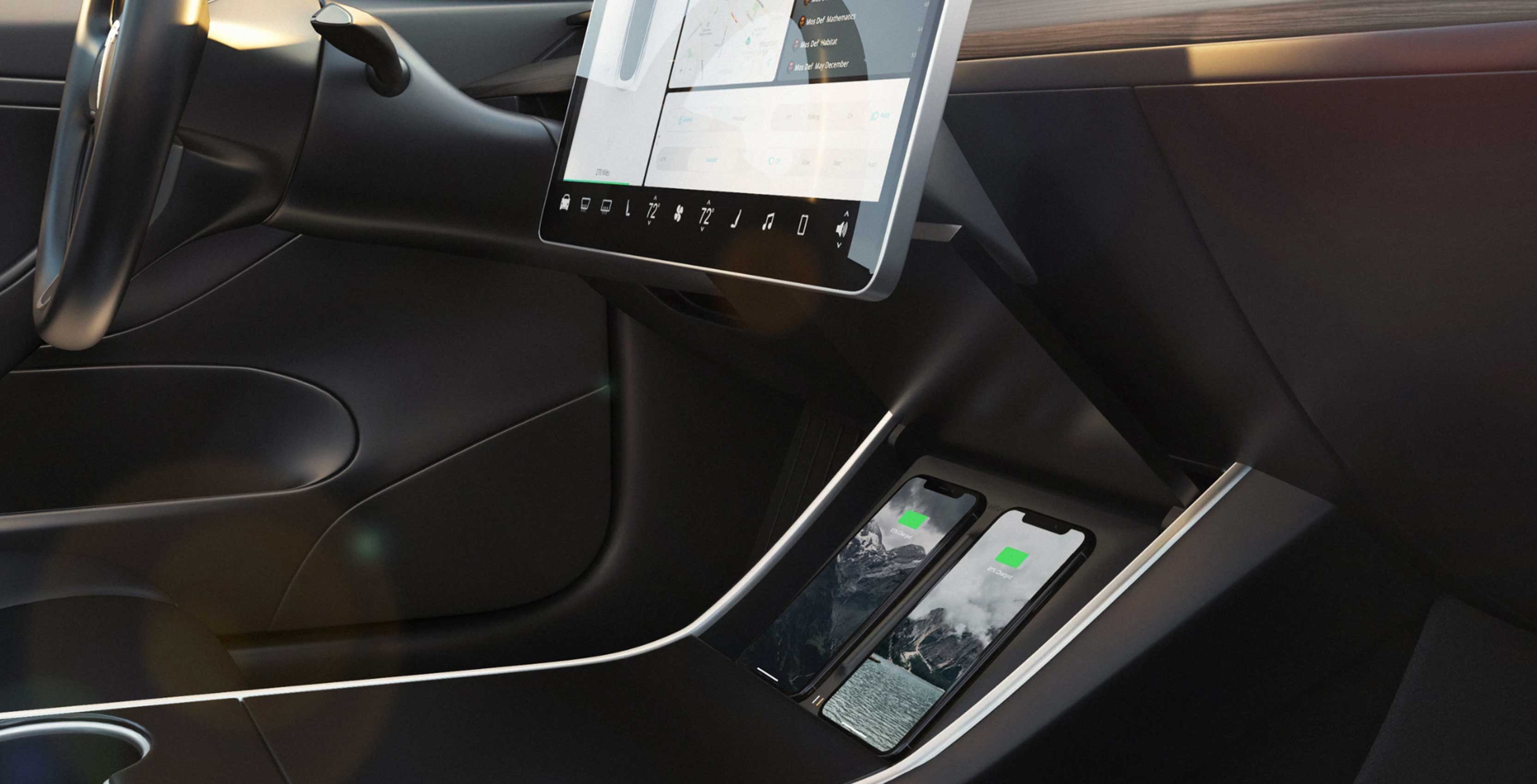 Since the Model 3 is just beginning to become more widely available in Canada, car accessory manufactures are starting to release more add-ons for the vehicle.

The device sits in the car’s centre console and it’s built to look like part of the vehicle. The Model 3’s centre console has a cover and this hatch still closes with the charger installed.

The charging pad plugs into the car’s two USB type-A ports and supplies each phone with 7.5W of power. The company chose this amount of power to optimize the pad for the latest iPhones.

The pad is built out of a non-slip rubber so the phones should stay in place while the user is driving. There’s even a small LED notification light on the pad that lets the user know when their phone is charging, since sometimes placing a device on a wireless charger can be tricky.

Underneath all of this is the pads internals which consist of two Qi wireless chargers and a 6,000 mAh battery in the charger that allows the device to charge two phones at once more efficiently. Finally, the company also claims that the pad can charge an average smartphone to 50 percent in one hour.

The charger starts shipping on September 1st and it’s on sale for $130 USD until then.