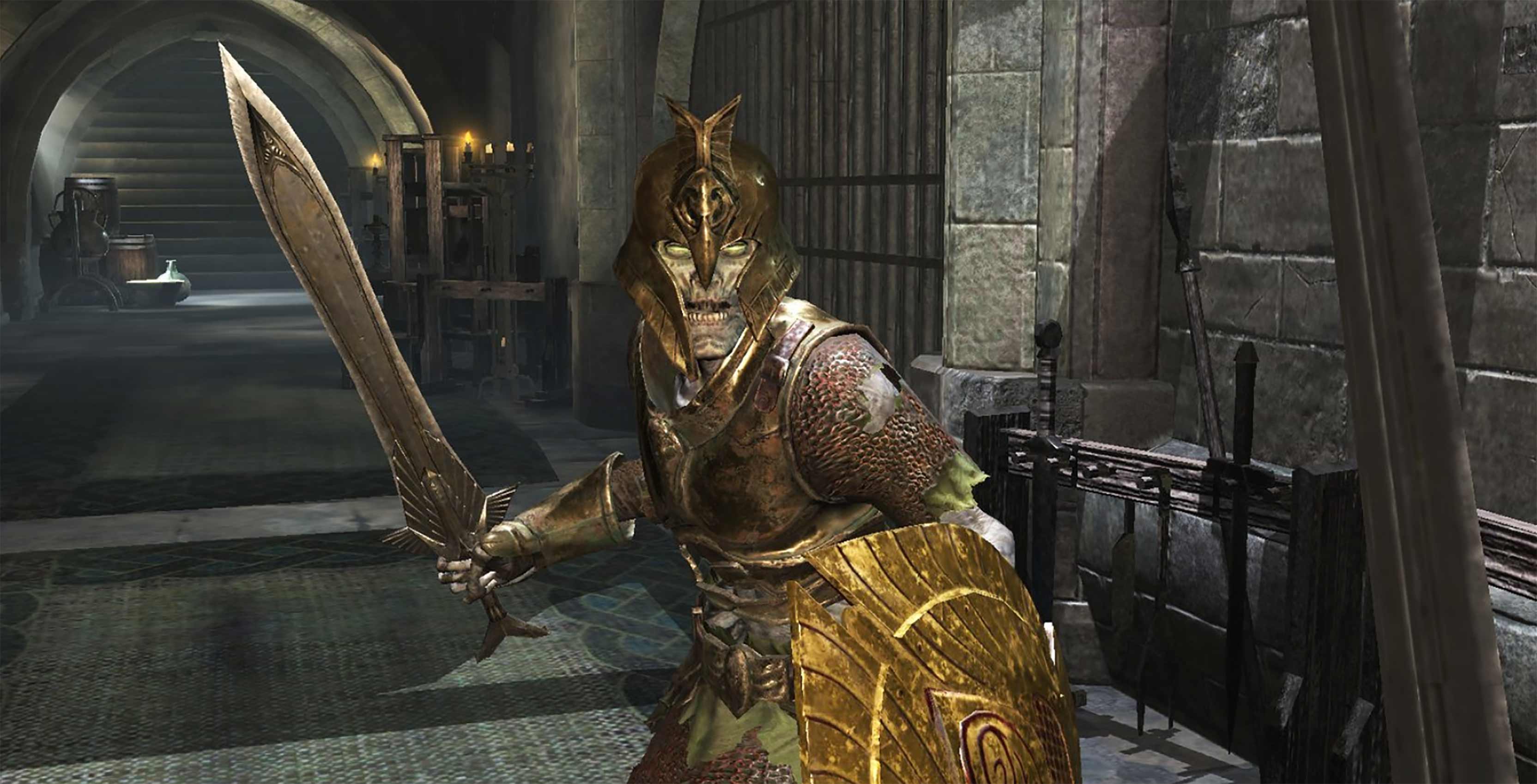 Bethesda has announced The Elder Scrolls: Blades, a new RPG for mobile devices, marking the first time the developer has brought the popular console and PC franchise to smartphones.

Blades will feature The Elder Scrolls‘ signature melee and magic combat, with players having to use finger swipes to carry out different attacks. Players will be able to level up and customize their characters to explore both hand-crafted and procedurally-generated dungeons. A ‘rogue-like’ endless dungeon-crawling mode called Abyss will also be featured.

Blades‘ main mode, however, is called Town, which will have players completing quests and building towns of their own. Players will also be able to visit each other’s towns, while a dedicated PvP mode called Arena will let them fight one another.

We've brought the beauty of an Elder Scrolls game to mobile.

The Elder Scrolls: Blades provides a massive first-person RPG experience you can play on your phone during those "important meetings". 😉 #BE3 pic.twitter.com/sZzShIw3DV

According to Howard, Bethesda intends to bring the game to all platforms at some point, including PC and virtual reality headsets, allowing users across all kinds of devices to play with one another.

The game will launch free-to-download this fall. It’s currently unclear what kinds of in-game purchases will be featured.

Pre-registration for The Elder Scrolls: Blades is available here.

The game is unrelated to The Elder Scrolls VI, which was also revealed in a brief teaser at the end of Bethesda’s presentation.

Bethesda’s last mobile game, Fallout Shelter, originally released in 2015 on Android and iOS and later came to Windows and Xbox One. Bethesda also confirmed during its E3 conference that Fallout Shelter is now available on PlayStation 4 and the Nintendo Switch.

Bethesda’s The Elder Scrolls 6 could be an Xbox and PC exclusive, according to Phil Spencer