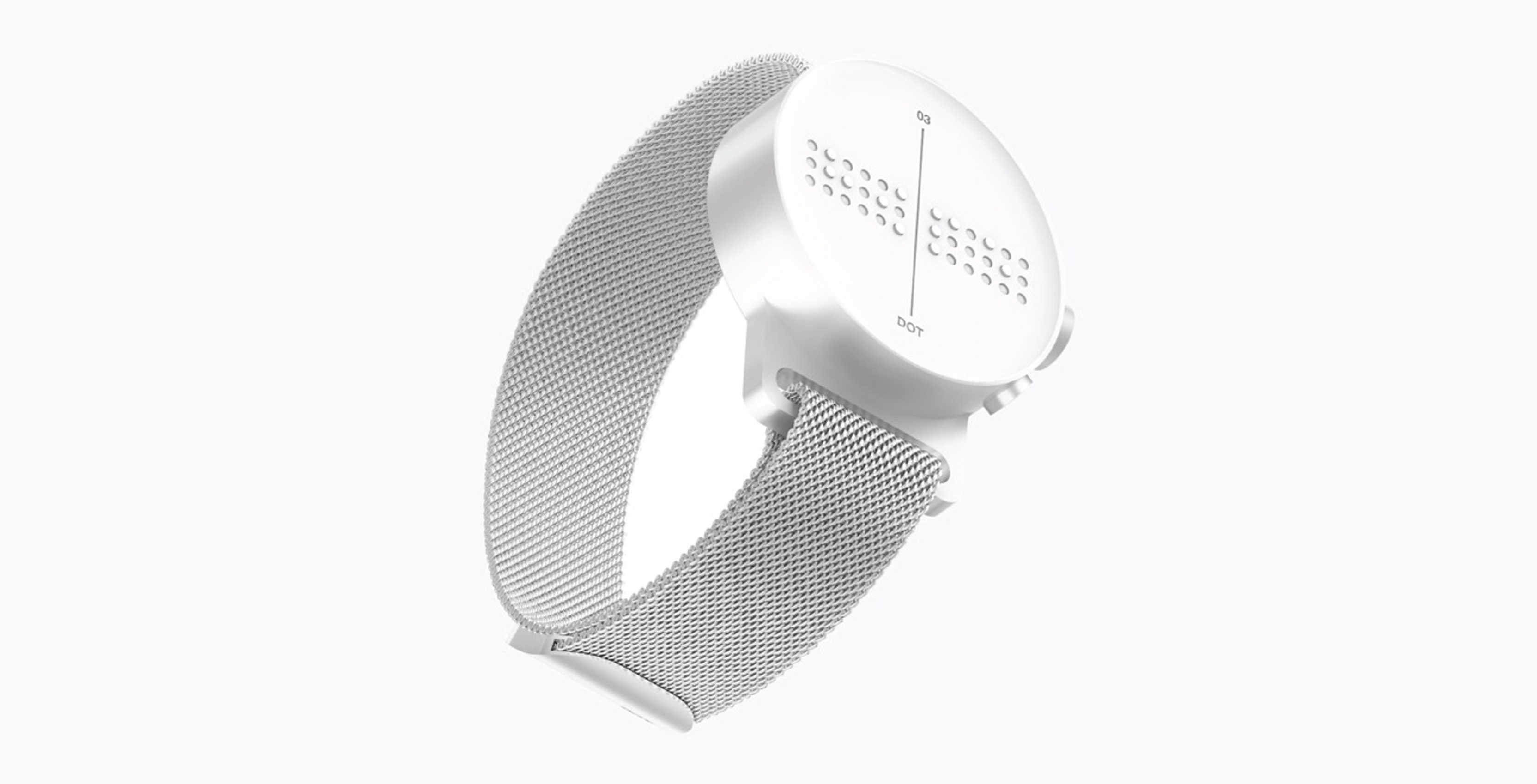 A new smartwatch from South Korean company Dot Incorporation has a unique new interface — it’s all in braille.

The company developed the smartwatch, called the Dot Watch, for the visually impaired. It uses a system of neodymium magnets to raise and lower 24 dots on the face of the watch.

Along with telling time, the Dot Watch can also connect with smartphones via Bluetooth. Doing so allows users to set alarms and receive text and app notifications on the watch.

Additionally, the company built in an education system to help teach users how to read braille using the watch.

Along with all that, Dot claims the watch has a one week battery life.

For Dot, the watch is just a first step. The company also has plans for a Dot Pad and a Dot Mini that take the moving dots system to a larger scale. The devices are described as multi-layered smart devices that can deliver graphics, images and various text information using tactile dots.

The Dot Mini is set to be an affordable device with a focus on teaching braille. The goal is to make it cheap and easy for people to learn how to use braille and have access to braille technology.

The Dot Watch launched in the U.S. in December but isn’t available in Canada yet. The watch reportedly retails for about $320 USD (about $415 CAD).