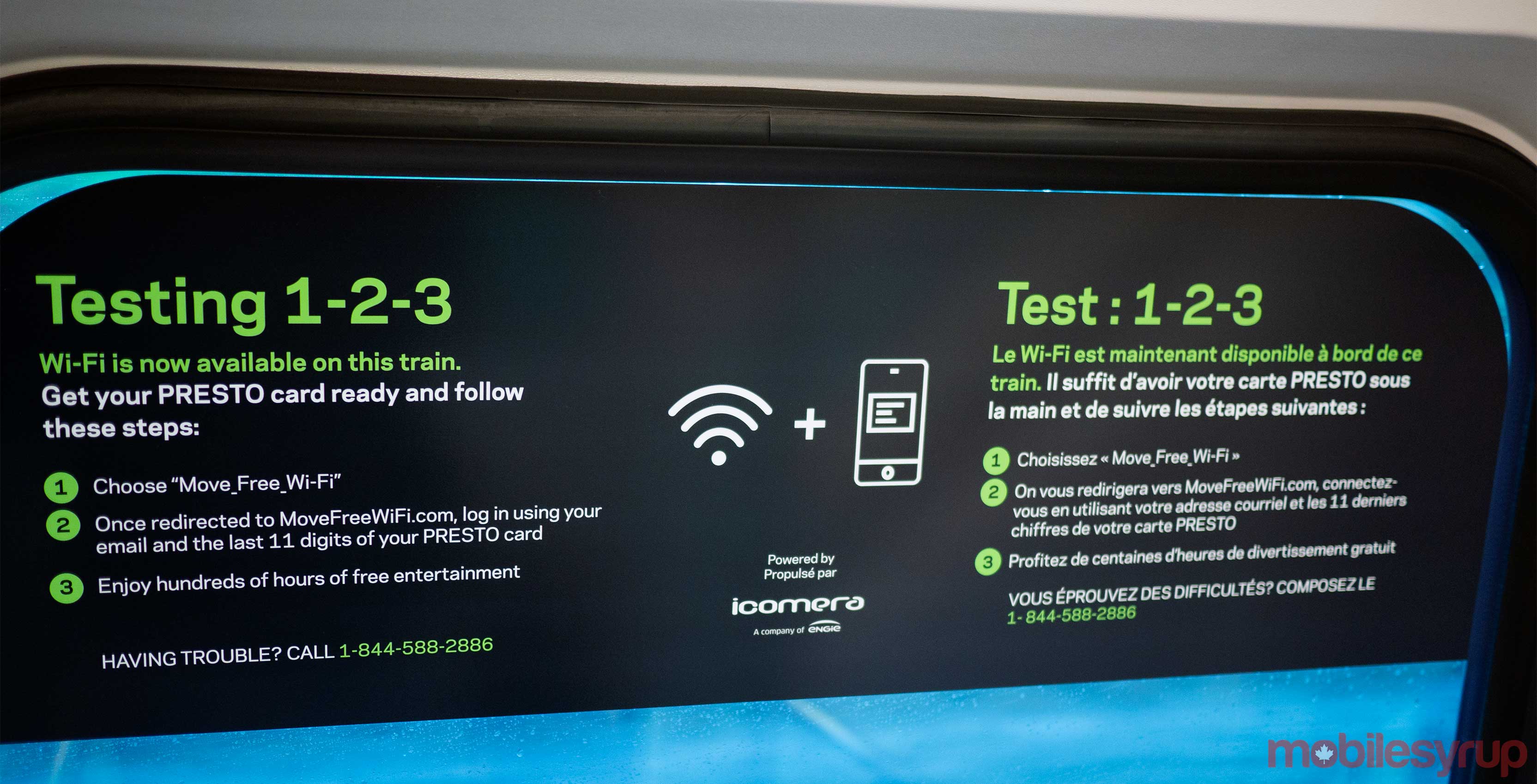 If you’ve come across a “Testing 1, 2, 3” Wi-Fi notice plastered on the interior of a Go Train during your commute, you weren’t imagining it — free Wi-Fi is now available on specific Go Transit vehicles.

Go says that the two trains with free Wi-Fi are “travelling throughout our system on various lines and at different times during the field trial.”

I personally commute to and from the MobileSyrup office on the Lakeshore West Go Train line on a daily basis. I find myself on the specific car that features Wi-Fi probably once or twice a week.

Train cars that feature Wi-Fi are wrapped both on the inside and the outside with signage to ensure passengers know they’re boarding a car with wireless internet.

Buses that feature free Wi-Fi travel along 407 bus routes and also have signage on them, according to Go Transit.

While Go Transit’s Wi-Fi pilot is free, you’ll still need to input your unique Presto card number to connect to the internet.

Your Presto number identifies you as a user on the network and you won’t have to log in again because the system will recognize your device.

I’ve only tested out Go Transit’s in-train Wi-Fi on a few occasions, but unfortunately I haven’t had the chance to run a speed test quite yet. That said, the connection was stable and seemed solid during my roughly half-hour train ride.

I typically tether my laptop to my smartphone’s LTE connection while on the train, so access to free, reliable Wi-Fi onboard is definitely useful.

According to the window decals explaining how to connect to Go Transit Wi-Fi, the service provider seems to be national telecom Rogers. That said, I’ve also seen window stickers that advertise Icomera, an equipment provider that specializes in internet connections for public transit services.