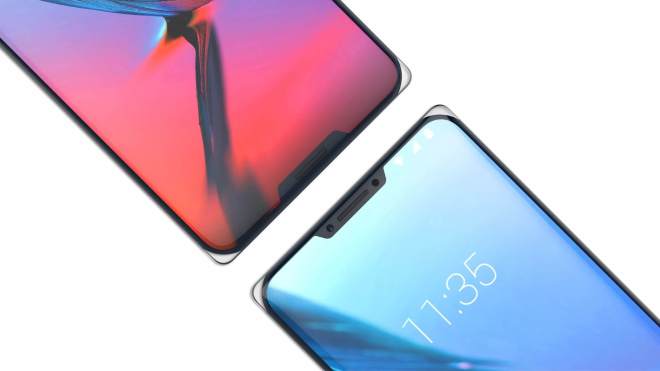 From LG to Samsung, a variety of smartphone leaks surfaced last week.

Here’s a breakdown of everything you need to know, including patents and a number of smartphone leaks and rumours.

The Samsung Galaxy Note 9 is expected to feature either a 3,850mAh battery or a 4,000mAh battery. Further rumours point to the phone using a 6.4-inch screen.

For more on the Samsung Galaxy Note 9, click here.

TCL communications might be working on a BlackBerry KEYone successor. A render revealed that look very similar to the KEYone, except it, uses a dual rear camera setup.

For more on the possible BlackBerry KEYone successor, click here.

A spec sheet for the HTC U12+ was leaked online. The specs indicated that the phone will use a 5.5-inch quad HD+ display with 8GB of RAM and 128GB of storage.

For more on the HTC U12+ spec sheet, click here.

ZTE conceptualized a smartphone called the ZTE Iceberg. If ever released, the Iceberg would be the first dual-notch smartphone, with notches on the bottom and the top.

A rumour popped up online regarding the LG V35 ThinQ. The leak revealed a number of specs about the alleged device, such as a 6-inch QHD+ OLED display and an 18:9 aspect ratio.

For more on the LG V35 ThinQ, click here.

The LG G7 ThinQ will be announced on May 2nd, 2018, according to the South Korean hardware manufacturer. Check out our LG G7 ThinQ rumour roundup later this week.