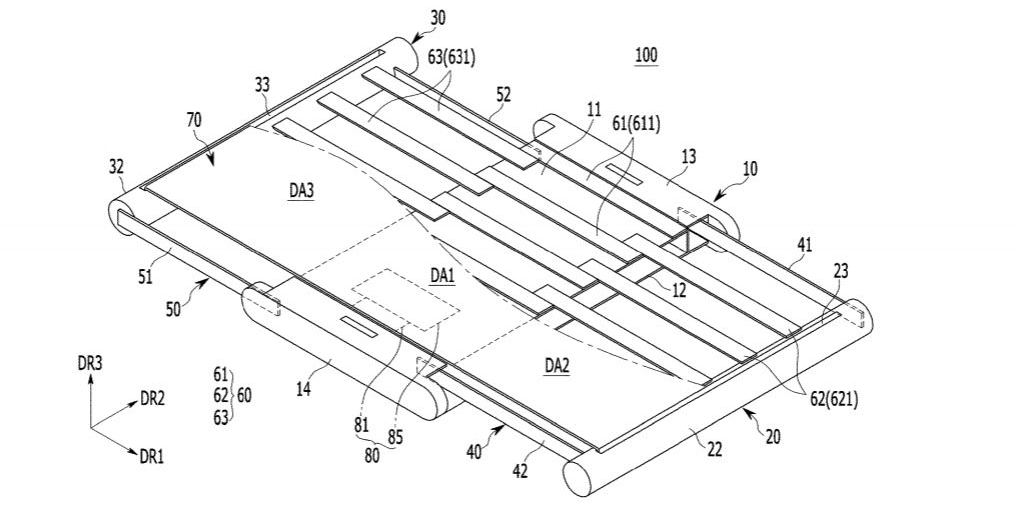 Samsung has filed a patent for an expandable smartphone.

Instead of users folding the display in or out — or bending the screen in any capacity — users will need to pull the displays outwards from within the device.

According to the patent, it appears that the handset will have two modes. The first of the two modes shows off the main display similar to any smartphone on the market.

The second mode requires that the user grab the left and right sides of the phone and pull outwards. This will then reveal two more displays that sit on either side of the main display. This will result in a larger display area for watching videos or running multiple apps.

The panels are hidden inside the device’s body when the phone is in its standard mode.

Since the panels are hidden inside the body of the device, it’s likely that the handset will be thicker than typical smartphones. Most devices today usually measure under 9mm thickness.

However, take this patent with a grain of salt. All it really means is that Samsung has looked into the technology, and it’s possible that Samsung will never use this design concept.