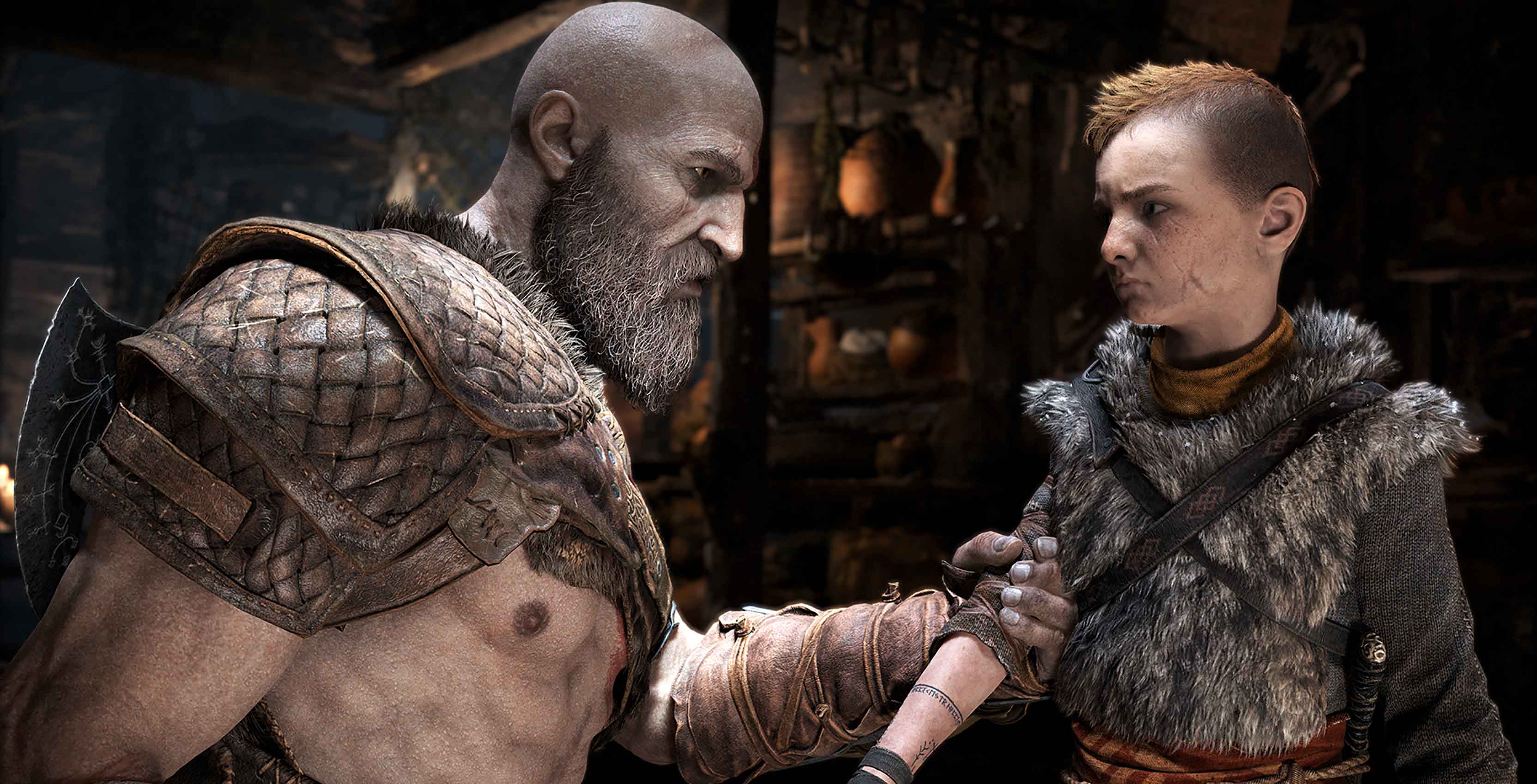 God of War is one of PlayStation’s most popular franchises, thanks to fluid and satisfying combo-driven combat and a truly awe-inspiring sense of scale.

That said, one area in which the franchise has never truly succeeded is in creating a compelling protagonist. Simply put, Kratos was always an unlikeable one-note lead character, spending several games filled with nothing but rage and a hankering to kill all of the Greek gods.

That’s why the new God of War game on PlayStation 4 is so intriguing. It makes Kratos more mature and relatable by giving him a son to look after. I recently got to play the first two hours of the game at a preview event in Toronto, and in that time, I was impressed by how much more invested I was in the God of War’s story than ever before. At the same time, a significant gameplay shakeup gives combat newfound levels of depth and weight, making battles feel all that more engaging.

Right from the start, I was taken aback by how somber the game felt. Rather than opening with a massive action setpiece like in previous games, the new God of War‘s beginning is decidedly more emotional and nuanced. Both Kratos and son Atreus are in mourning over the death of the boy’s mother, who passed away shortly before the game begins. While developer Sony Santa Monica is remaining coy on revealing much about the mother (including her name), suffice it to say that her presence is very much felt throughout the game. 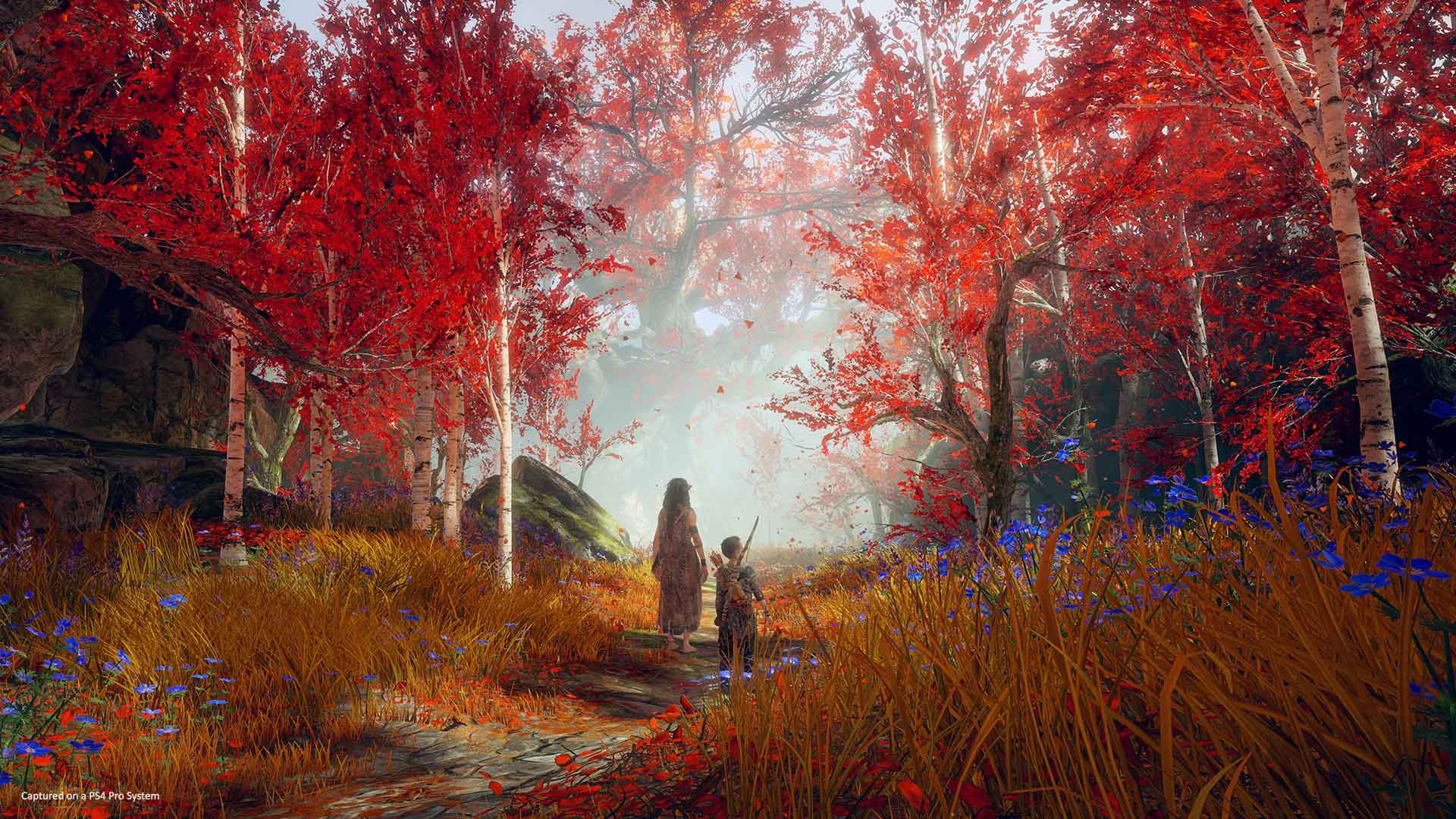 Subtle touches help humanize Kratos in ways that were never seen in previous games. When Atreus burns his hand, Kratos shows him how to soothe the pain with nearby snow and some cloth. After a near-death experience with a group of enemies, Kratos holds his son’s head in his hands and quietly offers some advice. At the same time, it’s apparent that Kratos was certainly not the more empathetic parent, so he often finds it difficult to strike a balance between being kind and harsh to Atreus.

That struggle is no more apparent in one of most talked-about moments from the game’s reveal during PlayStation’s E3 2016 conference, where Kratos reaches over to put a consoling hand on Atreus’ shoulder  after he fails, but hesitates and ultimately stops himself. It’s a brilliant moment, demonstrating the boy’s insecurities towards becoming the warrior his father wants him to be, and Kratos’ own shortcomings as a parent. 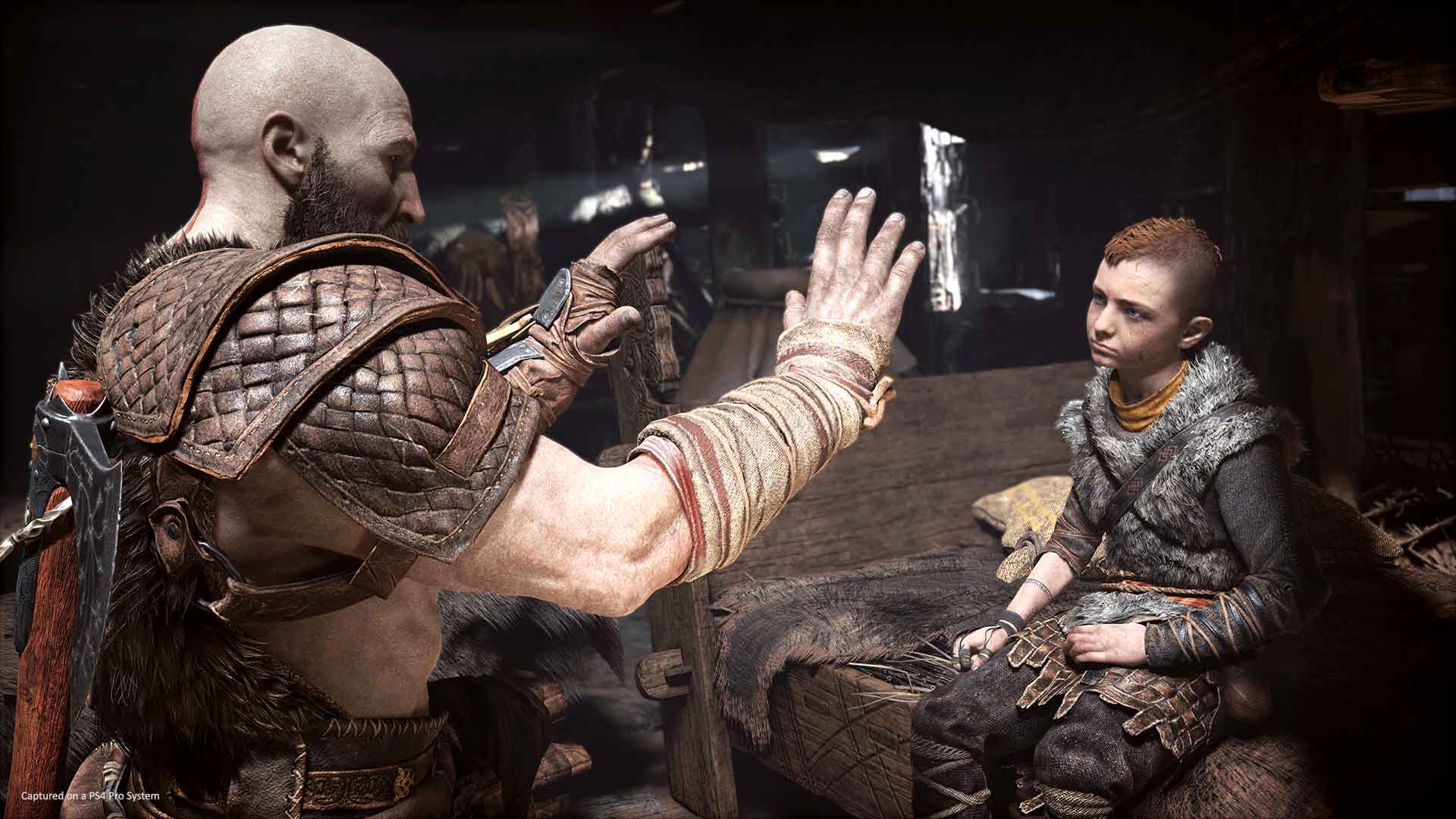 According to lead game designer Derek Daniels, the team wanted to take advantage of the power offered by the PlayStation 4 to deliver more enthralling cinematic scenes such as this. “We can do that nowadays. If we had tried that on PS2, it would have looked like a pixellated mess,” he explains with a laugh. “So the technology has helped us tell richer and deeper stories as well.”

Because Sony Santa Monica made the interesting choice to keep the new God of War in continuity with the old ones, the game also isn’t shying away from Kratos’ bloody past. Sony Santa Monica says the Norse gods are aware of what Kratos did in Greece and are closely watching him to ensure he doesn’t cause the same kind of chaos in their lands. It will be fascinating to see how Kratos’ past comes back to haunt him throughout the game, especially in the context of his relationship with Atreus, who doesn’t know the truth about his father. 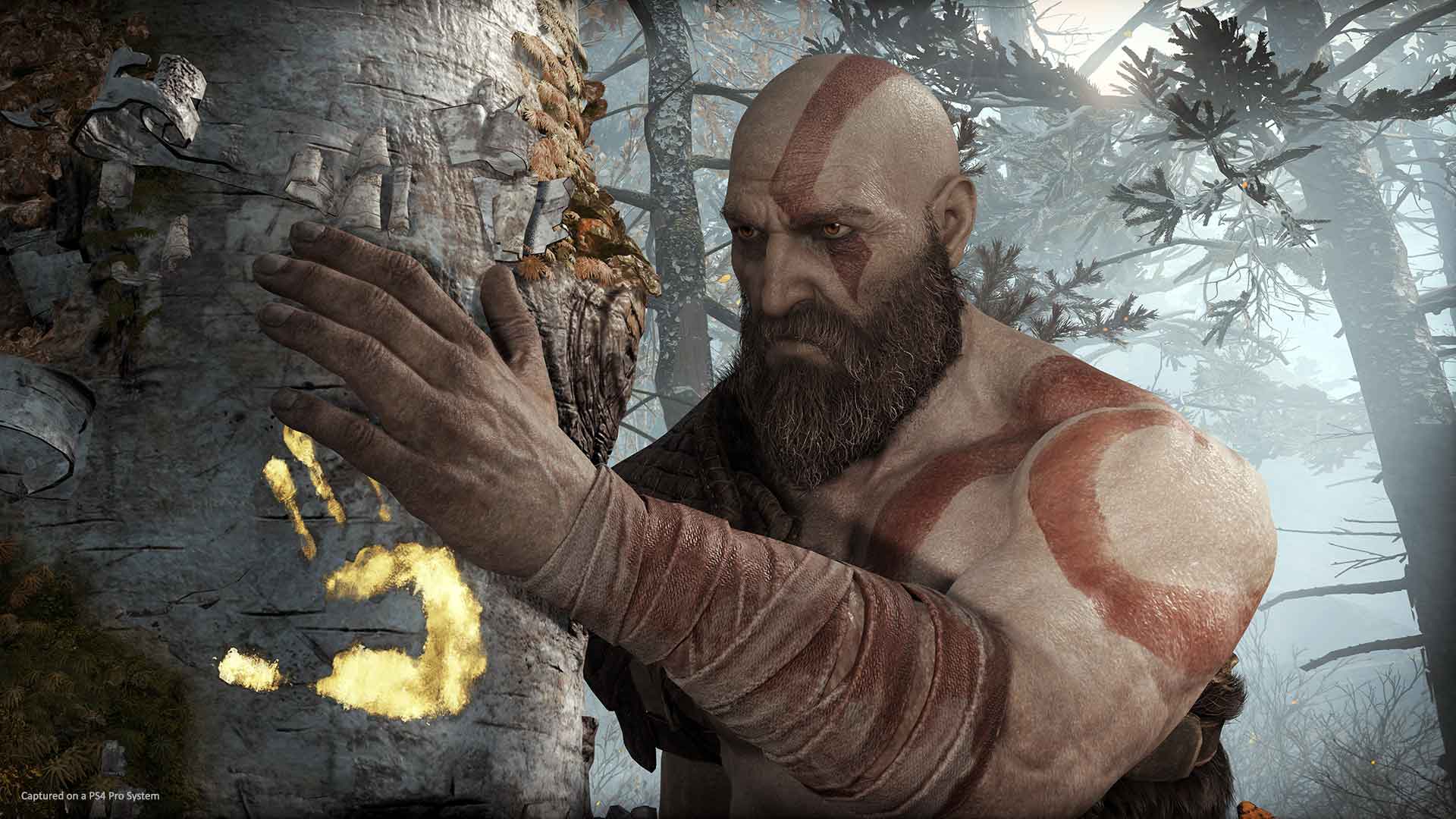 In my demo, I got a glimpse at how that might play out, with one boss I encountered saying he was sent by Odin to learn more about the God of War. In a nice change of pace for the character, Kratos initially seeks to avoid the fight entirely to protect Atreus, asking that he be left in peace, reflecting his more world-weary mindset at this point in his life. However, when the boy becomes threatened, Kratos’ defining rage consumes him and an earth-shattering battle begins.

Daniels says Kratos’ journey from Greece to Nordic territories offers the opportunity to tell such a story. “The God of War franchise up until now has been six games with Greek mythology — at this point, I think we killed every person we could kill [from Greece],” Daniels says while laughing. “I think the stories we wanted to tell in Greece, we did tell. We felt there was more to Kratos that we wanted to tell beyond that.” 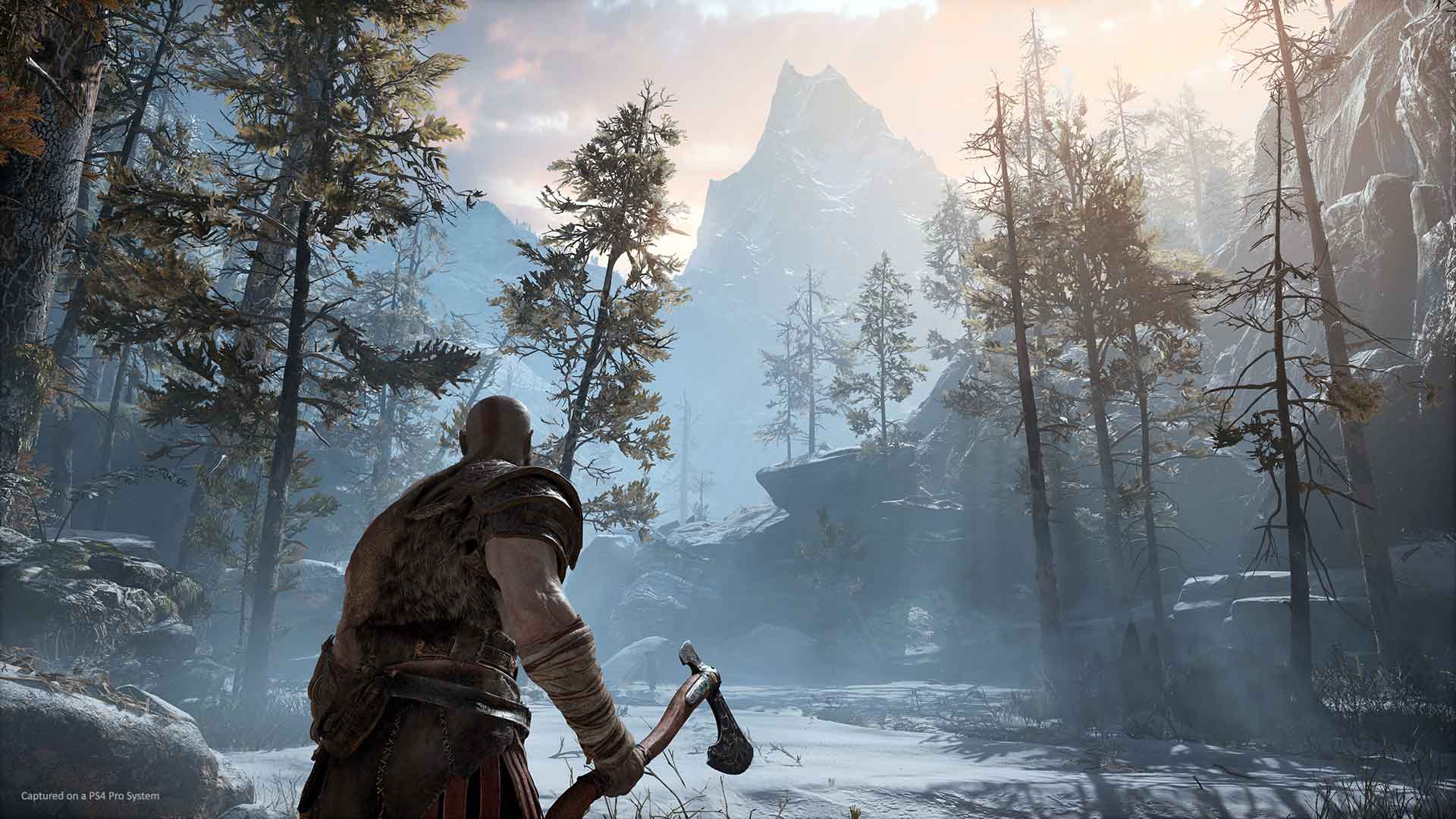 To do that, Daniels says the team used the new setting to challenge Kratos in unique and interesting ways. “For [the] Norse [world], the thing we liked the most was how much it contrasted Greece, which very warm, opulent, golden and green,” Daniels says. “Norse is very cold, bitter, harsh and snowy. The idea that treating the world like a character that was against Kratos and something he had to overcome really appealed to us.”

Worry not, though — all of the emotional story beats don’t take away from the God of War series’ signature unflinchingly violent combat, which the newest game offers in spades. While previous games had a wider, panning camera, the new over-the-shoulder camera approach helps give combat a punchier and more brutal feel, bringing players much closer to the action. As well, Kratos loses his signature Blades of Chaos in favour of the mystical Leviathan Axe. 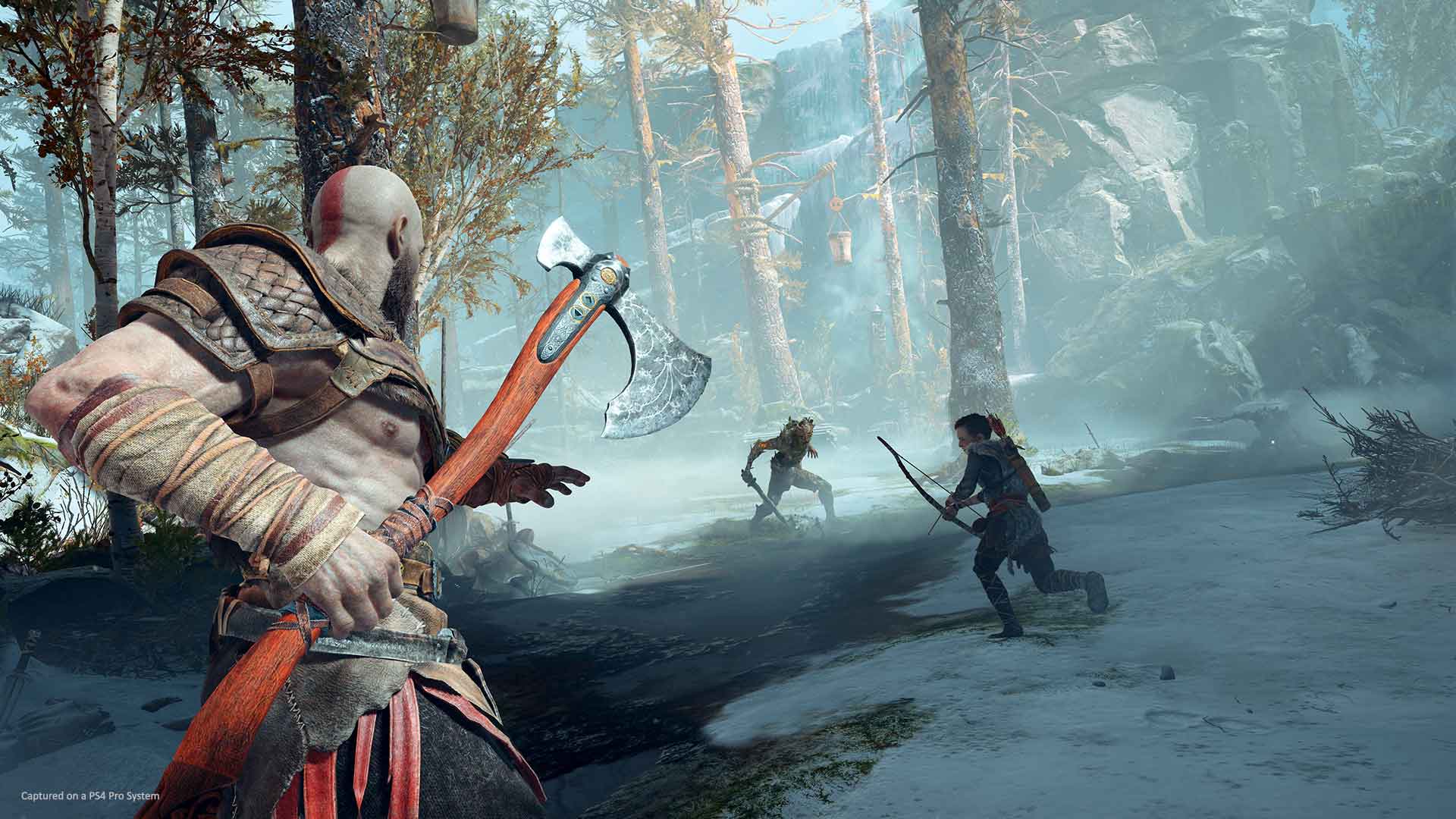 Fittingly enough for a game based on Norse mythology, the Axe seems very much inspired by the mighty Thor’s iconic hammer, Mjölnir. In addition to serving as Kratos’ main melee weapon, he can also aim and freely throw the Axe at any time. Throughout the game, players will be able to imbue the Axe with elemental attributes. During the demo, weaker enemies that I nailed with the axe would be frozen for a short period of time, which is useful in momentarily removing a foe from the fight or leaving it vulnerable for a pummelling by Kratos’ fists.

By pressing the triangle button, Kratos can call the Axe back, but just like Mjölnir, it must fly back to him, leaving him momentarily unarmed until it returns. Depending on where Kratos is standing, though, the returning Axe can also damage foes on its way back. Some of the most thrilling moments in battle were when I kept an enemy at bay with a flurry of punches until the returning Axe stunned it as it flew back into my hands, allowing me to deliver a powerful, delightfully vicious execution.

Indeed, Kratos is far than inept without his Axe, mixing good old-fashioned fisticuffs with some shield attacks to defend himself. Krato’s fists also help fill the stun metre more quickly, which allows him to carry out of a powerful contextual grab attack once full. As a result, I found myself switching between the Axe and melee often, making battles feel fresh and fluid. 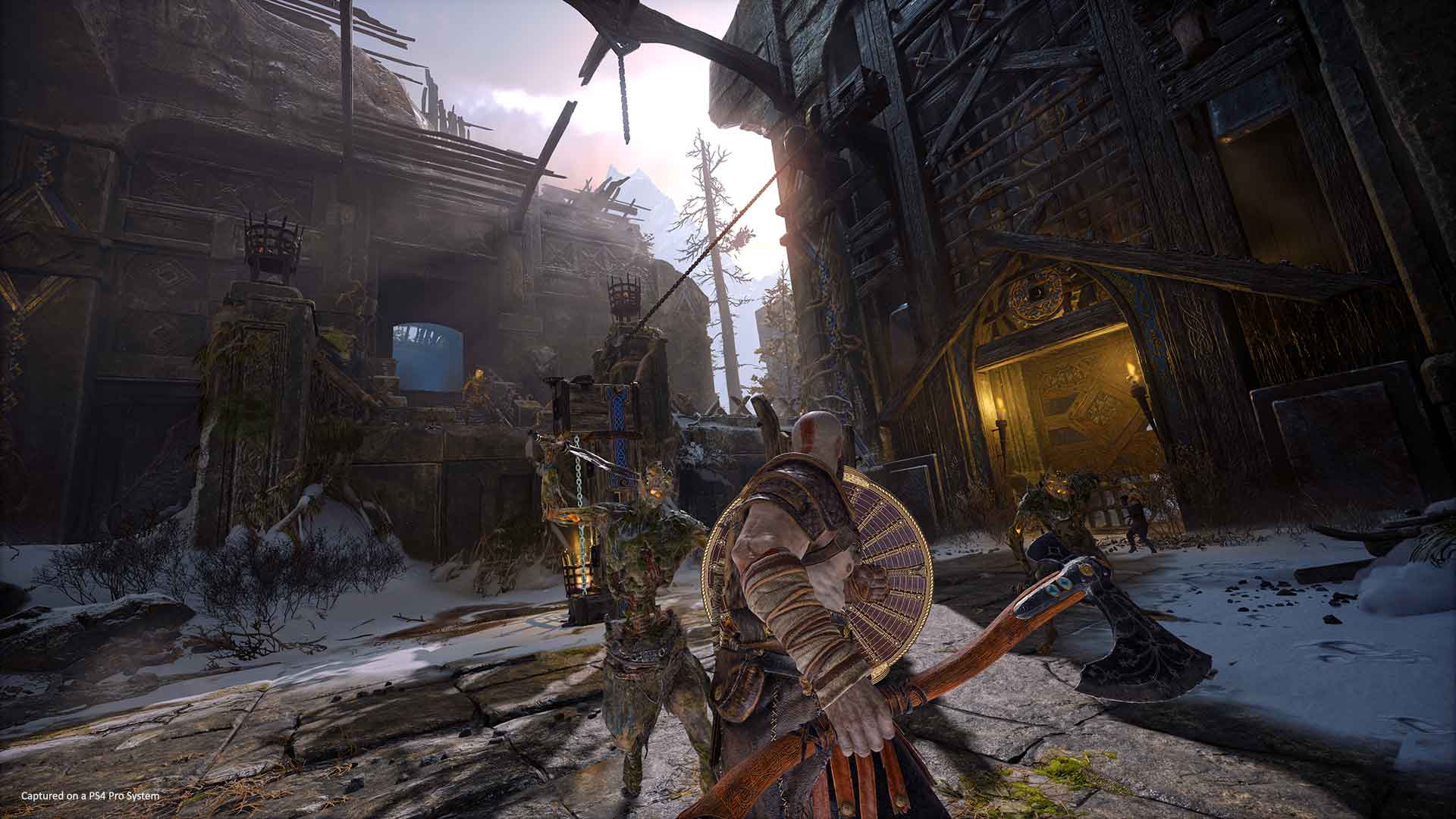 Atreus also plays a significant role in combat. Using the bow his mother made for him, Atreus can fire off a number of arrows to distract enemies at the tap of a button, which are directed towards where the player faces the camera. Atreus’ arrows fill the stun metre more quickly than regular attacks, encouraging players to call him as much as possible. As the game progresses, he’ll learn new abilities, attain new gear and more, such as electrically-charged arrows.

Atreus will also warn Kratos of incoming enemies, which is especially useful when trying to avoid getting hit until the Leviathan Axe returns. “We all have played games where a companion character is annoying or frustrating,” Daniels says of the team’s effort to make Atreus feel like a believable and likeable ally. “We didn’t want that with Atreus.”

Given that Sony Santa Monica promises an experience of 25-35 hours (roughly double the length of previous games), it remains to be seen how consistently captivating Kratos and Atreus’ story will be. Based on what I’ve played though, the game holds immense promise, making me genuinely care for the first time about Kratos’ story. At the same time, combat is tighter and more up close and personal this time around, in no small part due to the ever-engaged helpful Atreus. I’m now incredibly excited to see how Kratos and Atreus’ journey unfolds.

And hey, if all else fails, we’ll at least have a new set of mythological gods to kill.

God of War is set to release exclusively on the PlayStation 4 on April 20th.

God of War: Kratos’ most mature adventure is also his greatest one yet [This Week in Gaming]