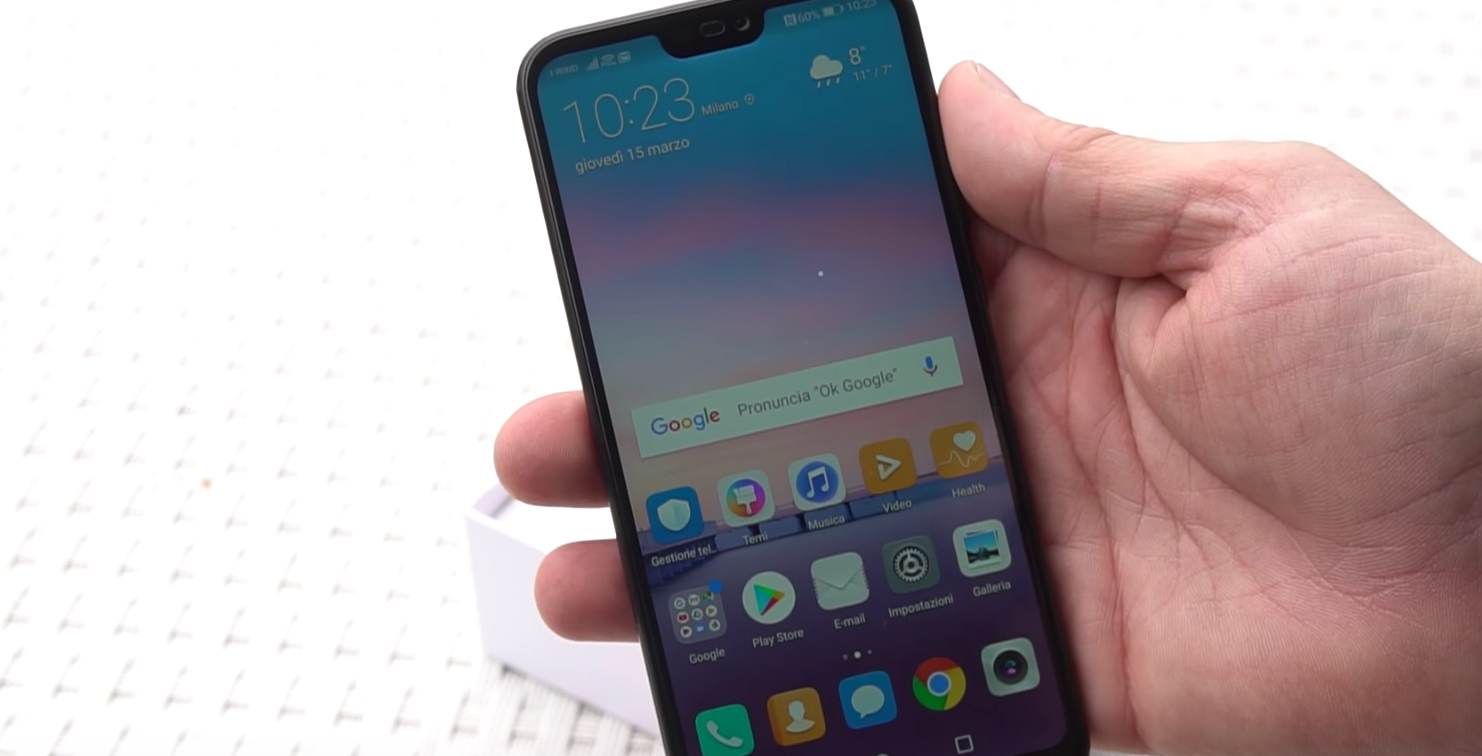 The Huawei P20 Lite has been leaked on video, twice.

The phone was apparently found in an Italian phone store, as first spotted by Android World Italy.

The videos reveal that the P20 Lite features a notch at the top of the display. The phone features a reflective glass back, a rear-facing fingerprint sensor and a dual-camera setup.

The phone also features a midrange Kirin 659 processor and 4GB of RAM.