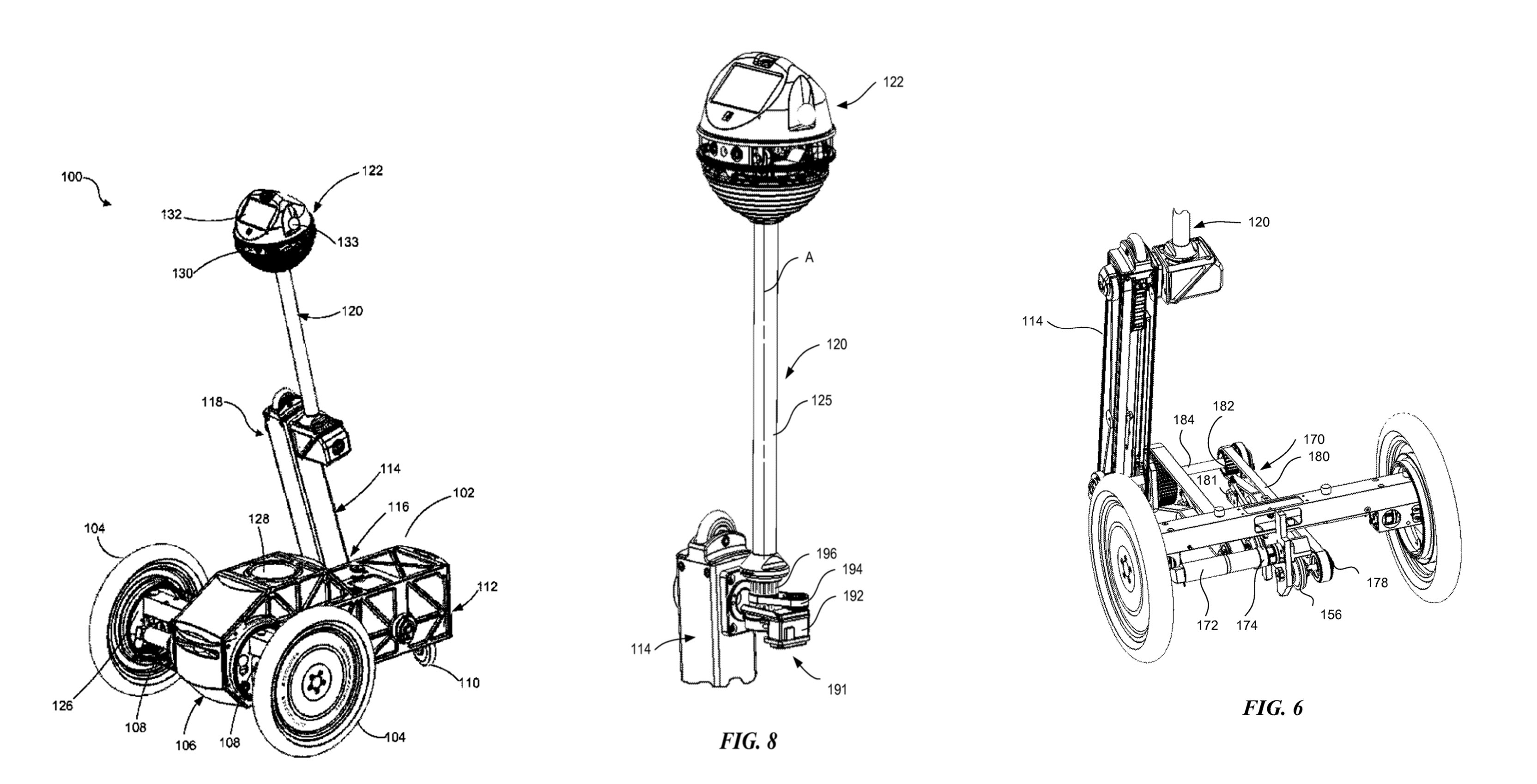 Social networking giant Facebook has recently patented a design for a self-balancing robot that transitions from three wheels to a standing two-wheeled position.

The robot seems to be trying to bridge the gap between the load-carrying ability of a stable multi-wheeled robot with the small footprint of a two-wheeled robot.

Companies like Segway and 90fun have had moderate success trying to create two-wheeled robots that can carry things, but Facebook’s tactic of adding another wheel for stability could be the breakthrough needed to make this use case work. The ability to stand on two wheels also makes the robot more compact.

This isn’t Facebook’s first attempt at making something outside of its social network.

The company has a dedicated hardware lab where it creates gadgets like a 360-degree video capture system, an unmanned air vehicle that outputs an internet signal and a few others.