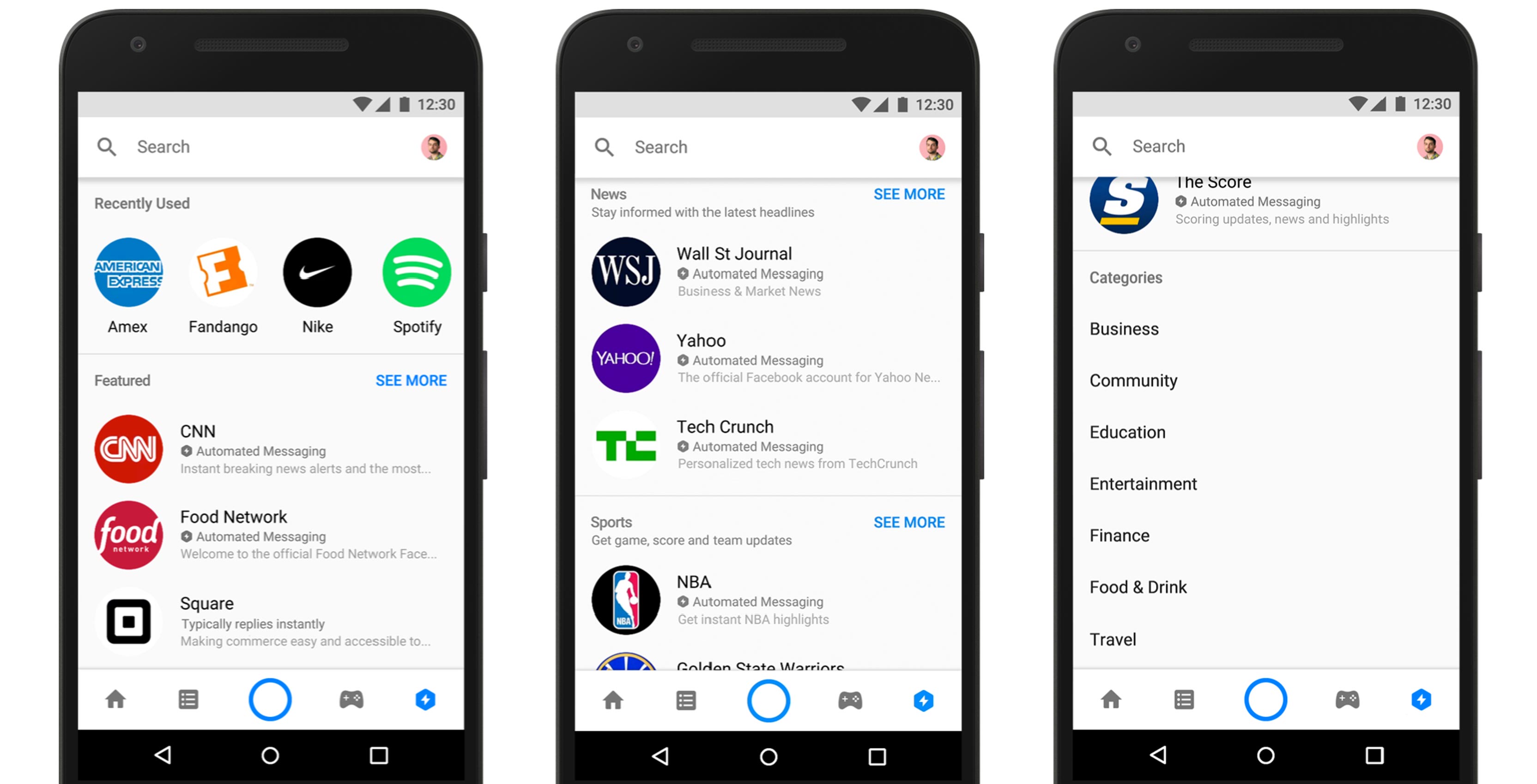 While Canadians have had the ability to chat with bots on Facebook Messenger for a while now, starting this week they’ll have an easy way of finding them all in one place.

Facebook announced today that it has started rolling out Messenger’s Discover tab to users in Canada.

Facebook first announced the Discover tab at its F8 developer conference in 2017. At the time, the feature was only available to Facebook users in the U.S. Facebook envisioned the feature as a way to highlight particular brands and their bots — all with the aim of boosting engagement, of course.

Like its U.S. iteration, the Discover tab in Canada will be located on Messenger’s bottom navigation. It will include a featured section that highlights a new set of bots every couple of weeks.  It will also organize bots in specific categories like sports and news, and include a search bar.

At launch, Facebook plans to highlight 12 bots from both national and international brands, including ones from the National Bank of Canada, the Score and Radio Canada.