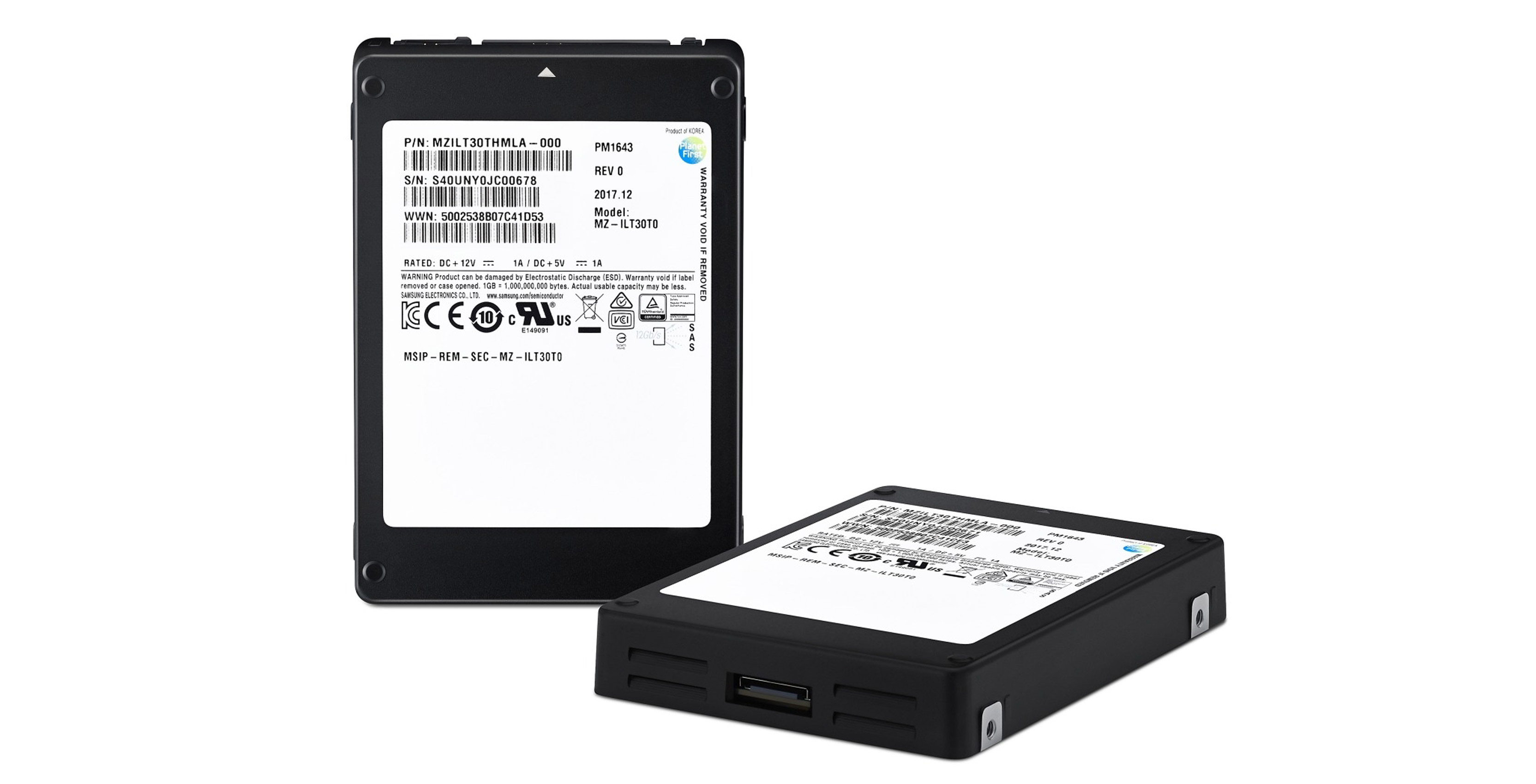 At 30.72TB, Samsung has started manufacturing what it claims to be the highest capacity SSD to ever hit the market.

Production on the new drive, dubbed PM1643, started in January 2018. According to Samsung, it features sequential read and write speeds of 2,100MB/s and 1,700MB/s, respectively. To put those numbers into perspective, the company says its new drive is approximately four times faster than the typical 2.5-inch SATA SSD.

What’s more, the PM1643 fits all 30TB of storage inside of a standard sized 2.5-inch frame. Samsung was able to create such a dense drive by combining 32 of its new 1TB NAND packages, each comprised of 16 stacked 512GB NAND chips, into a single package.

The company says it plans to incorporate the 512GB chips into SSD drives with smaller capacities. It’s likely that same technology will make its way to the company’s consumer-facing desktop and smartphone SSDs, as well.