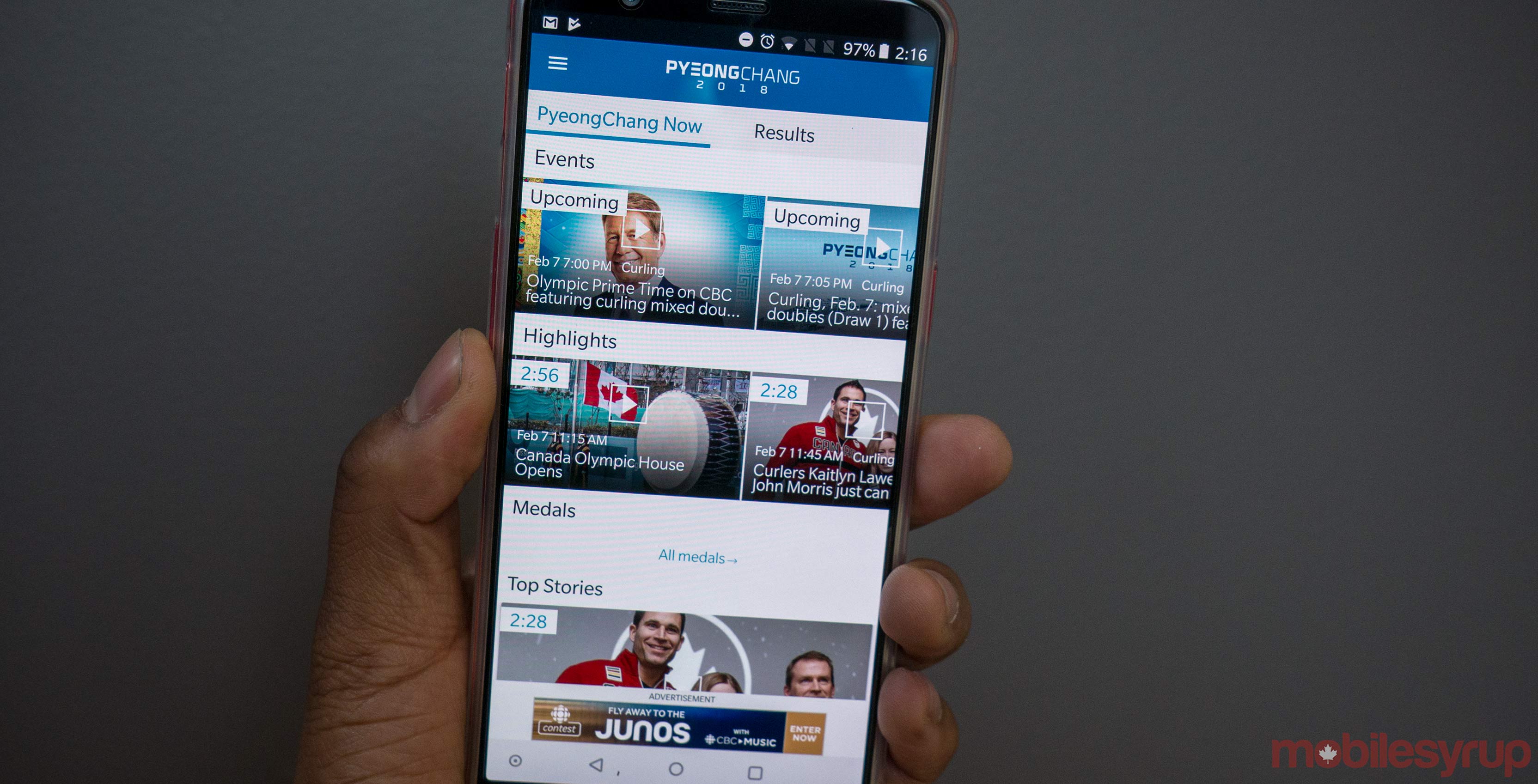 The games are comprised of 102 medal events spanning 15 sports. While we Canadians are bred for the Winter Olympics, many of us no longer have cable in our homes. For those without cable, there are still plenty of ways of watching this year’s games.

Because the CBC owns the official Canadian broadcasting and streaming rights for the Winter Olympics, anyone with cable can easily tune into their local CBC station to catch the action. While those without a traditional cable connection can turn to the CBC Sports Olympic app, which includes live videos.

Note, however, that there’s a 12-plus hour time difference between South Korea and Canada, which means this year’s Olympics may conflict with your sleep schedule. Thankfully, the app will also include highlights and other coverage from the games. Chromecast and Air Play are also supported by the app.

The app is available on both iOS and Android.

There’s also the CBC TV app users can download to watch the games as well. For those who would like to use this app, they’ll have to create a free account which gives access to 14 regional CBC TV live streams. The live coverage will also include the opening and closing ceremonies. CBC TV is available on both Android and iOS.

Both of the CBC’s apps feature ads. CBC TV, however, allows iOS users to purchase a subscription to remove in-app advertisements for $4.99. This subscription is not yet available on Android.

Due to a partnership with CBC Radio-Canada and Twitter Canada, there will be first-ever live stream of select Olympic events on Twitter in Canada. On Twitter there will be live coverage of the opening and closing ceremonies as well as five additional events. The additional events will be announced at a later date. There will also be near-live video clips of the certain events. Follow @CBCOlympics for English content and @RC_Sports for French content.

Another option is to buy an indoor digital antenna. Any digital antenna should be able to pull in the local CBC feed, especially if you live in an urban area. You can check which channels are available for free here.

A good antenna to check out is the Mohu ReLeaf. It features a 45 mile range with a ten foot cable included in the box. The best place for the antenna is near a window. The Mohu ReLeaf costs $46.28 CAD and users can purchase it from Amazon.ca. Another option is the Clearstream Eclipse, which costs $119.99. It also makes sense to make sure you purchase an amplified digital antenna because it provides a more consistent and stronger signal.

Those who own a NVIDIA Shield TV box might want to try a Tablo set-top box with an antenna for easy integration.

The Olympic Channel app will also live stream individual games, as well as other Olympic-related coverage. Users can register to stay up to date with favourite athletes, sports and events.

Additionally the app has a complete schedule of the games and news about specific games. The app is available on both Android and iOS and both platforms can cast to a larger screen.

It’s also possible to watch the Games via YouTube. YouTube will stream competitions through the official Olympic channel. The app is also set to feature upload highlights, as well as general coverage of the games. That said, the Olympic channel will not focus solely on Canadian content.

Team Canada also has a channel on YouTube. As of right now it’s unclear if Team Canada will be flooding the channel with every event, simple highlights, or just Canada’s gold medal wins.

The PyeongChang 2018 app doesn’t include live streams of the games. Nevertheless it provides highlights, some video content, plenty of photos, news posts and a complete schedule of events.

The PyeongChang 2018 app is available on iOS and Android.

If we’ve miss any other legitimate places to watch the Winter Olympics, let us know in the comment section below.

Now who’s ready to watch our country win all of the golds?

Watch robots attempt to ski at the Winter Olympics