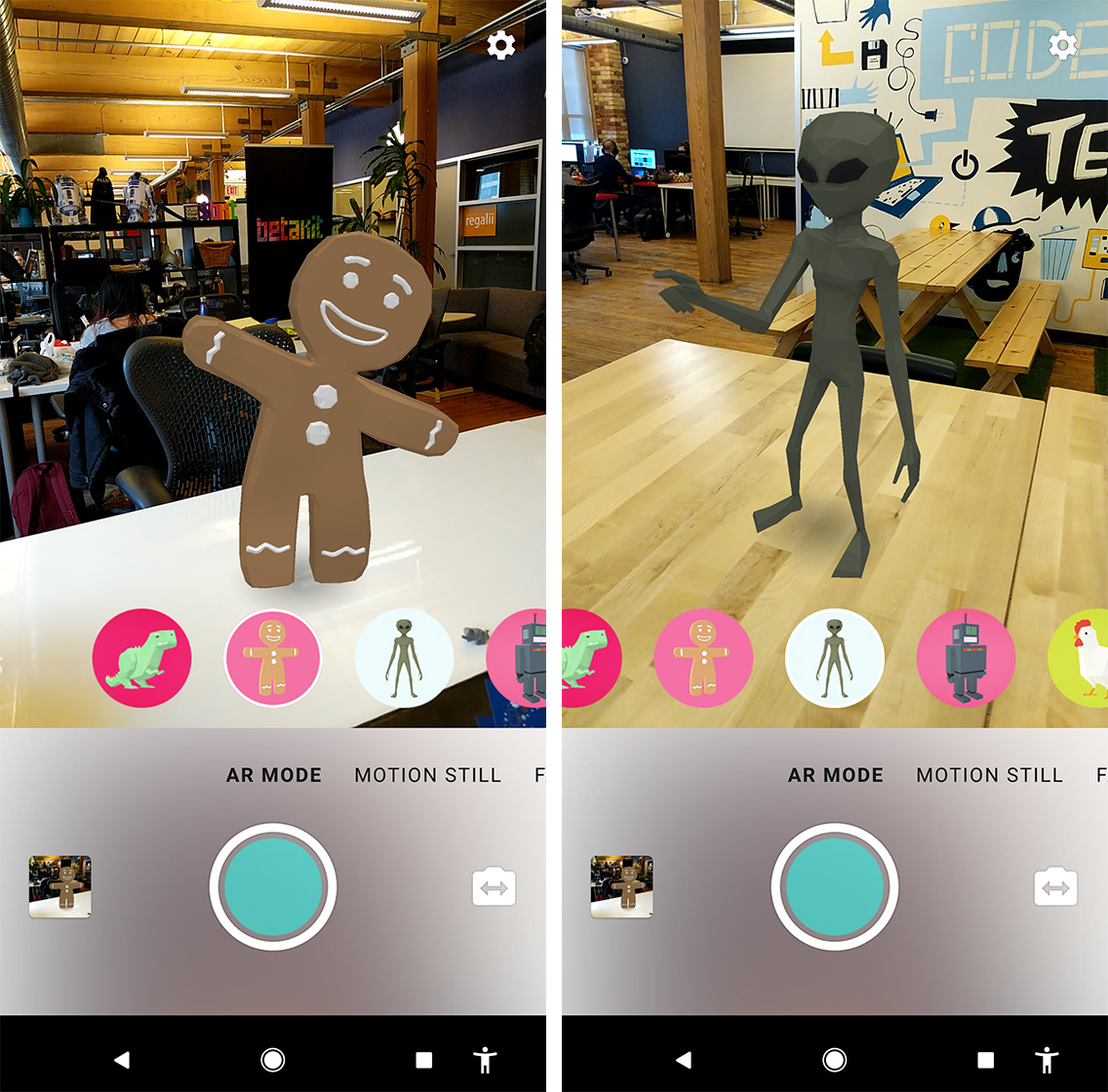 Back at the end of last year, Google updated the Pixel 2 and Pixel 2 XL to make the phone’s capable of adding Star Wars and Stranger Things-themed augmented reality (AR) stickers to photos.

While a fun addition for fans of those franchises, those stickers were mostly meant as a showcase for the company’s new ARCore development platform, which Google announced in October 2017. Like Apple’s competing ARKit, Google positioned ARCore as the tool it planned to use to bring AR capabilities to as many Android devices as possible.

While ARCore hasn’t exactly taken over the world — only a small handful of devices support the platform currently — Google continues to try to bring AR capabilities to as many Android devices as possible. Enter the company’s Motion Stills app.

Now, Google has announced that it’s adding a new AR mode to its Motion Stills app on Android.

The new mode allows users to add virtual 3D objects (i.e., stickers) on static or moving horizontal surfaces (think floors, tables and hands). Users can also record their AR hijinks and share the clips as GIFs and videos. Below is a charming one created by the Google Research team.

Where the AR Google is doing with its Motion Stills app differs from what the company has done in the past with ARCore is that any Android device with a gyroscope can use Motion Stills to generate AR content.

While the resulting images and videos aren’t as impressive as what the company has shown off with ARCore, almost anyone with a relatively modern Android device can play around with Motion Stills’ AR functionality.

More details on how the company built the app’s new AR Mode can be found on Google’s Research blog.

Download the Motion Stills app from the Google Play Store.