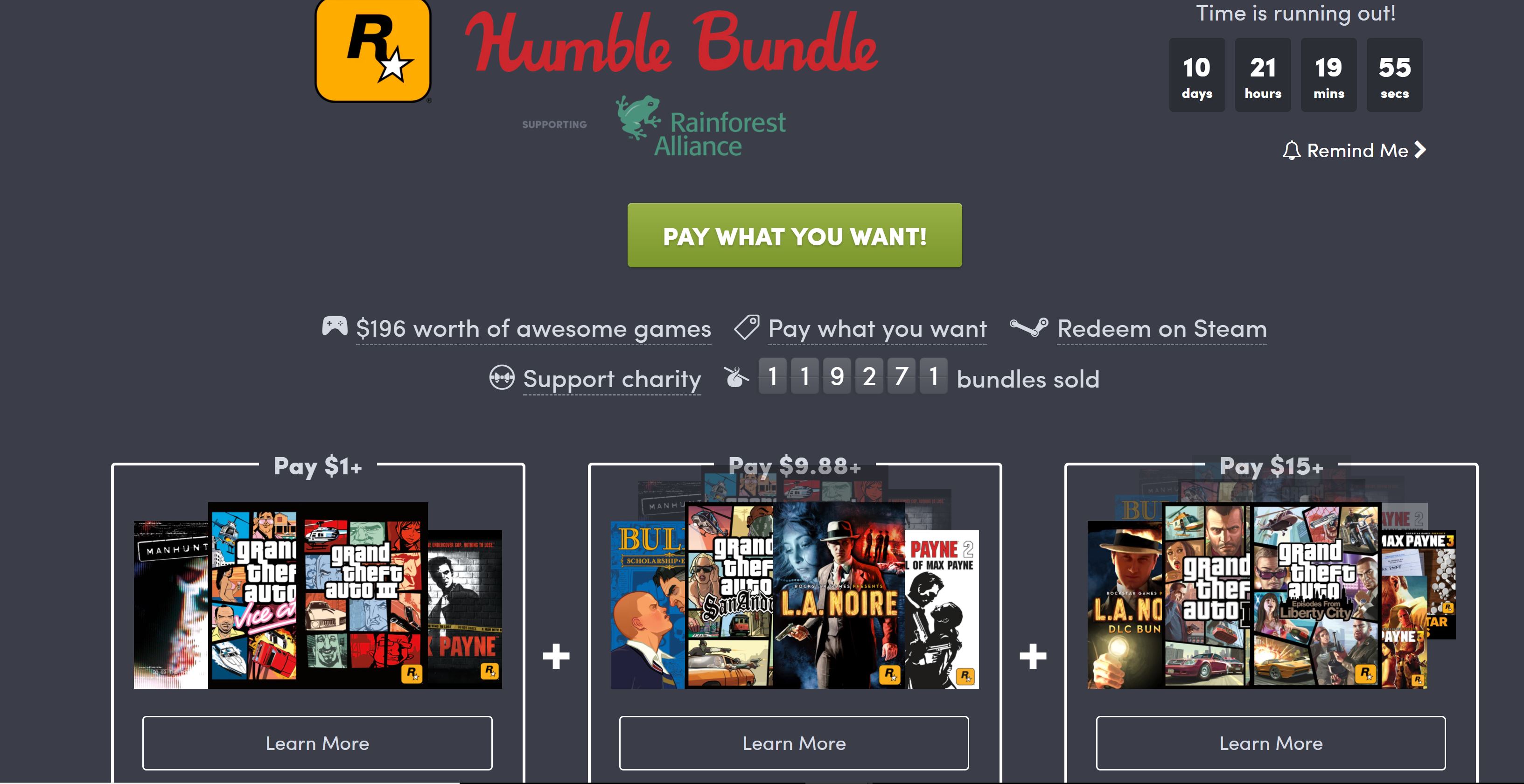 Humble Bundle has launched the platform’s latest game package for PC and Mac.

This time around, the group has put together $196 USD ($243 CAD) worth of some of Rockstar Games’ top titles. Rockstar Games is the developer behind such titles as Red Dead Redemption and Grand Theft Auto V.

With Humble Bundle, consumers are able to decide how they want to divide up their payment. You can split between each game developer, charity — in this case the charity is the Rainforest Alliance — and Humble Bundle itself.

This particular Humble Bundle ends in a little more than eight days.