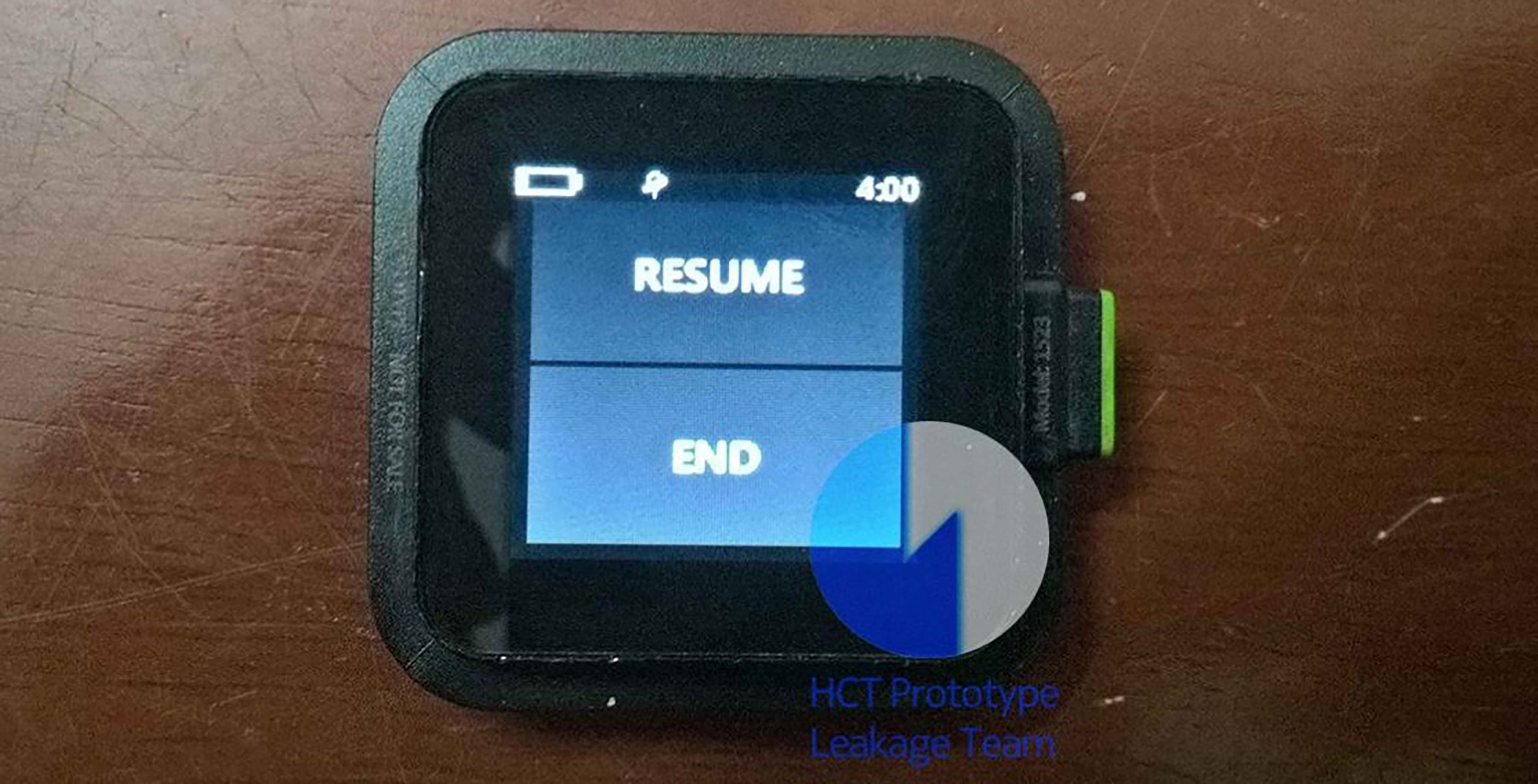 Images of a wearable called the “Xbox Watch” have surfaced online.

According to Windows Central, the device has appeared before, but this is the first time we’ve seen images with the screen on — no charger seems to have ever been made for the Xbox Watch. Twitter user Hikari Calyx says that they had to “disassemble the screen with an utility knife or a razor, then hit the positive pole on the battery with piezoelectric ceramic igniter from a lighter,” in order to charge the device.

Try to feel terrible resolution of Xbox Watch… If you find the Xbox Watch can’t be recharged, you can disassemble the screen with an utility knife or a razor, then hit the positive pole on the battery with piezoelectric ceramic igniter from a lighter. pic.twitter.com/TcQwMcvJEQ

The images, which come from ‘Hikari Calyx’ via Twitter, show off early versions of the Xbox Watch, sporting four apps: ‘Workout,’ ‘GPS,’ ‘Settings’ and a USB debugger for developers. The cancelled Xbox Watch appears to support a heart rate monitor as well.

The wearable preceded the Microsoft Band and might have been Xbox’s answer to Nintendo’s Wii Fit back in 2013, in terms of combining console gaming and fitness.

The Xbox Watch – Teardown
Now you can post an article about this if you are an editor. pic.twitter.com/NP8ZHBo8Ny

Microsoft has since stopped working on its own wearables and has partnered with Fitbit. The company recently released a fitness program app for Xbox and Windows 10.