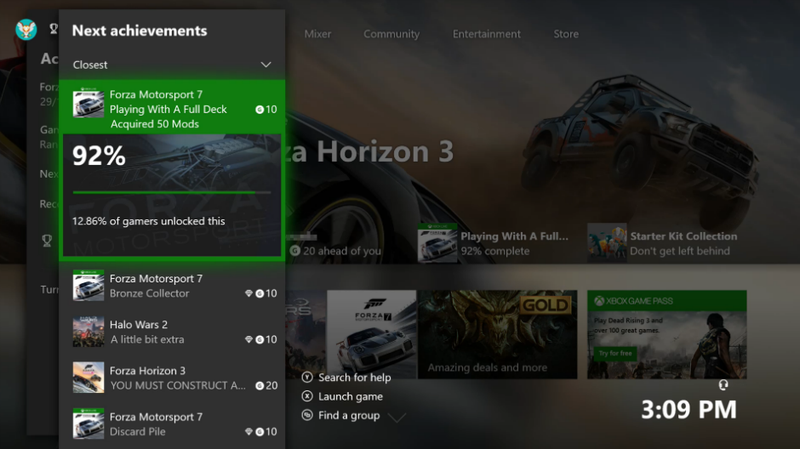 Microsoft is rolling out an update to Xbox One testers that adds a new ‘do not disturb mode’ to the console’s operating system.

This feature allows Xbox One users to mute notifications, as well as other distractions, while they’re playing a game or watching a movie. This means that the friend who always messages you to play PUBG while you’re watching Netflix, can no longer bombard you with notifications — not that this has ever happened to me. Essentially, I’ll no longer need to use the Xbox One’s ‘appear offline’ option once this feature rolls out.

Microsoft is also adding new mini game hubs to the Xbox One’s dashboard, giving users quick access to content from a specific game, as well as allowing them to view who’s playing a game, the title’s achievements, and finally, any group posts. Achievements have been updated too, with Microsoft including a new ‘next achievement’ category that gives users a simple list of upcoming tasks.

Other updates include the ability to schedule a white theme to appear on the Xbox One dashboard during the day, with a dark theme switching on in the evening. Automatic shutdown options have been expanded as well, allowing users to shut the console down after two, three, four and five hours, rather than just one or six.

This Xbox One dashboard update is currently available to Alpha Ring testers, but is set to roll out to all testers soon. The company says more experimental features have released to a smaller subset of users, but at the moment isn’t providing details on what those features may be.