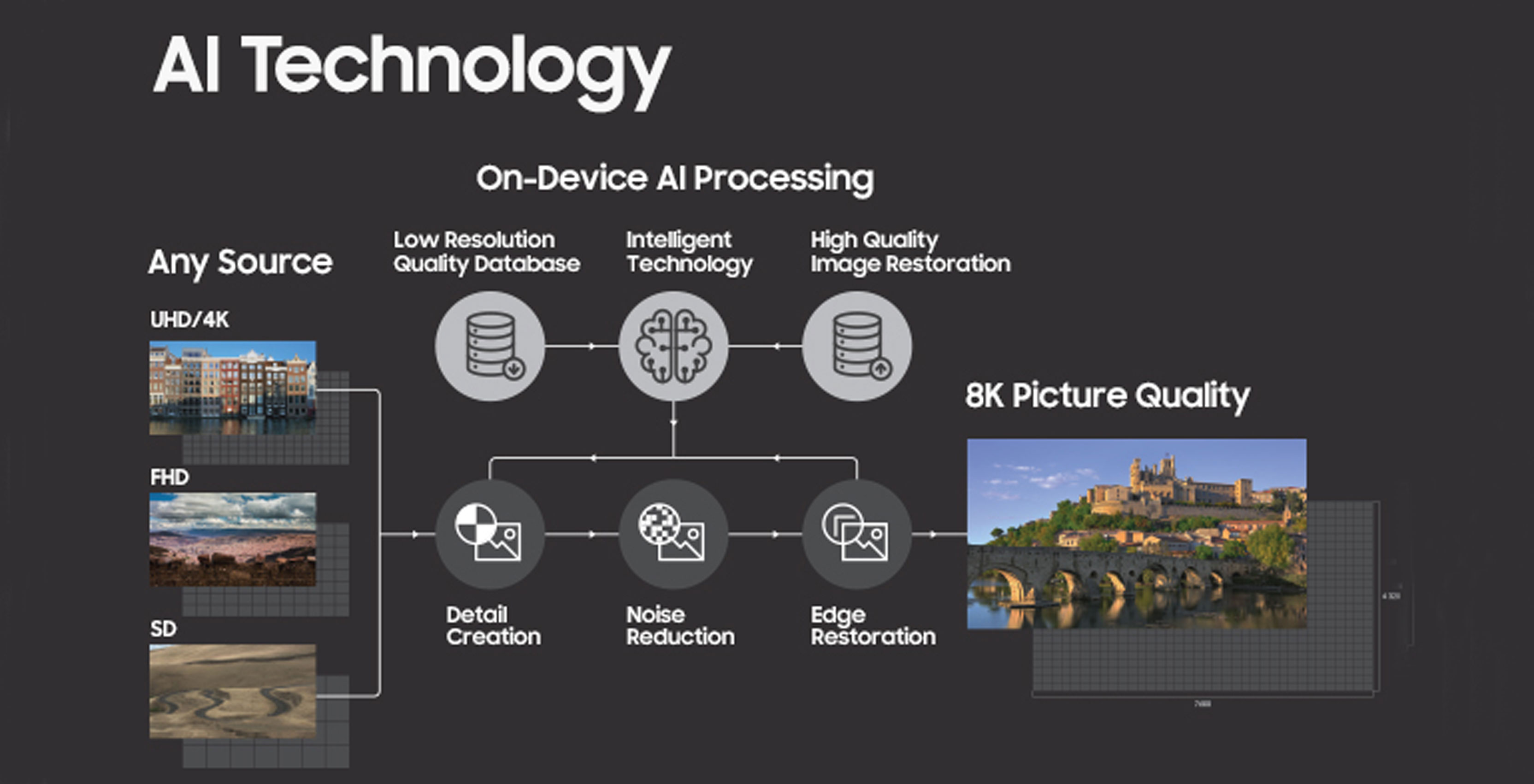 Alongside its new 146-inch modular MicroLED TV, The Wall, Samsung also announced it will start shipping 8K QLED TVs starting in the second half of 2018.

These TVs, measuring in at 65-inches and bigger, will feature a new AI-powered technology that will allow them to intelligently upscale SD, HD and UHD content to 8K regardless of native resolution.

The algorithm works in the following way: each of the company’s upcoming 8K QLED TV’s will include a database of image and video content that will assist it in determining the best way to upscale an image. The TV will also analyze an image for picture quality elements like black levels, blooming and brightness and then determine how to increase overall contrast. Ideally, the algorithm should lead to better results than traditional upscaling methods.

Another algorithm will work toward improving sound quality. For instance, in scenarios where the owner of one of these TVs is watching a sports match, Samsung says its new TVs will adjust the sound to immerse the viewer in the sound of the cheering crowd.

As mentioned above, Samsung’s new 8K QLED TVs will start making their way to market later this year.