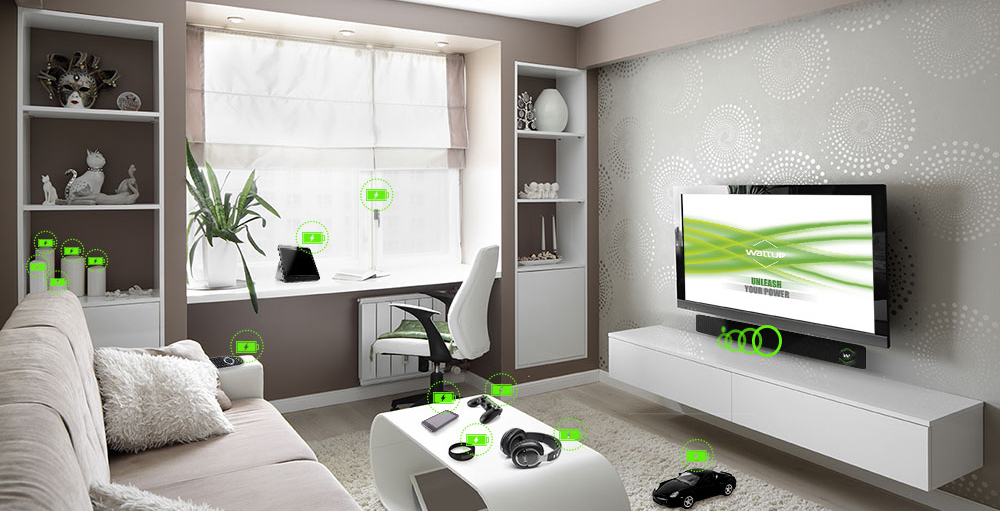 Wireless charging makes things easier and tidier by taking cords out of the equation, but it still necessitates the use of a charging pad stuck in one fixed spot.

At-a-distance charging systems attempt to change that with a solution that broadcasts charge to devices within a given space, and the FCC has just approved the first such device.

The device, a WattUp Mid Field transmitter, comes from Energous, one of the most well-known companies, alongside Ossia, vying to dominate the future for market for over-the-air wireless charging.

This is the first time FCC equipment certification has been awarded to any device that charges wirelessly at a distance, and operates under Part 18 of the FCC’s rules.

The transmitter delivers power via radio frequency (RF) energy to WattUp-enabled electronic devices at a distance of up to three feet (much less than the 15 feet demonstrated in this video). Energous says its technology can charge multiple devices at once, and do both contact-based and non-contact-based wireless charging.

“Older wireless charging technologies have received limited adoption over the past 15 years, and are confined to contact-based charging only. The FCC certification of Energous’ power-at-a-distance wireless charging transmitter is a major market milestone. It opens up options, outside of just contact-based charging, to Wireless Charging 2.0: an ecosystem where devices can be charged both, via pad and at a distance,” said Stephen R. Rizzone, president and CEO of Energous, in a press statement.

It’s unclear just how quickly devices will charge using this WattUp equipment, considering the FCC enforces limits on how much wattage can be transmitted over the air.

The company will demonstrate its newest WattUp technology at CES 2018 in Las Vegas, Nevada.