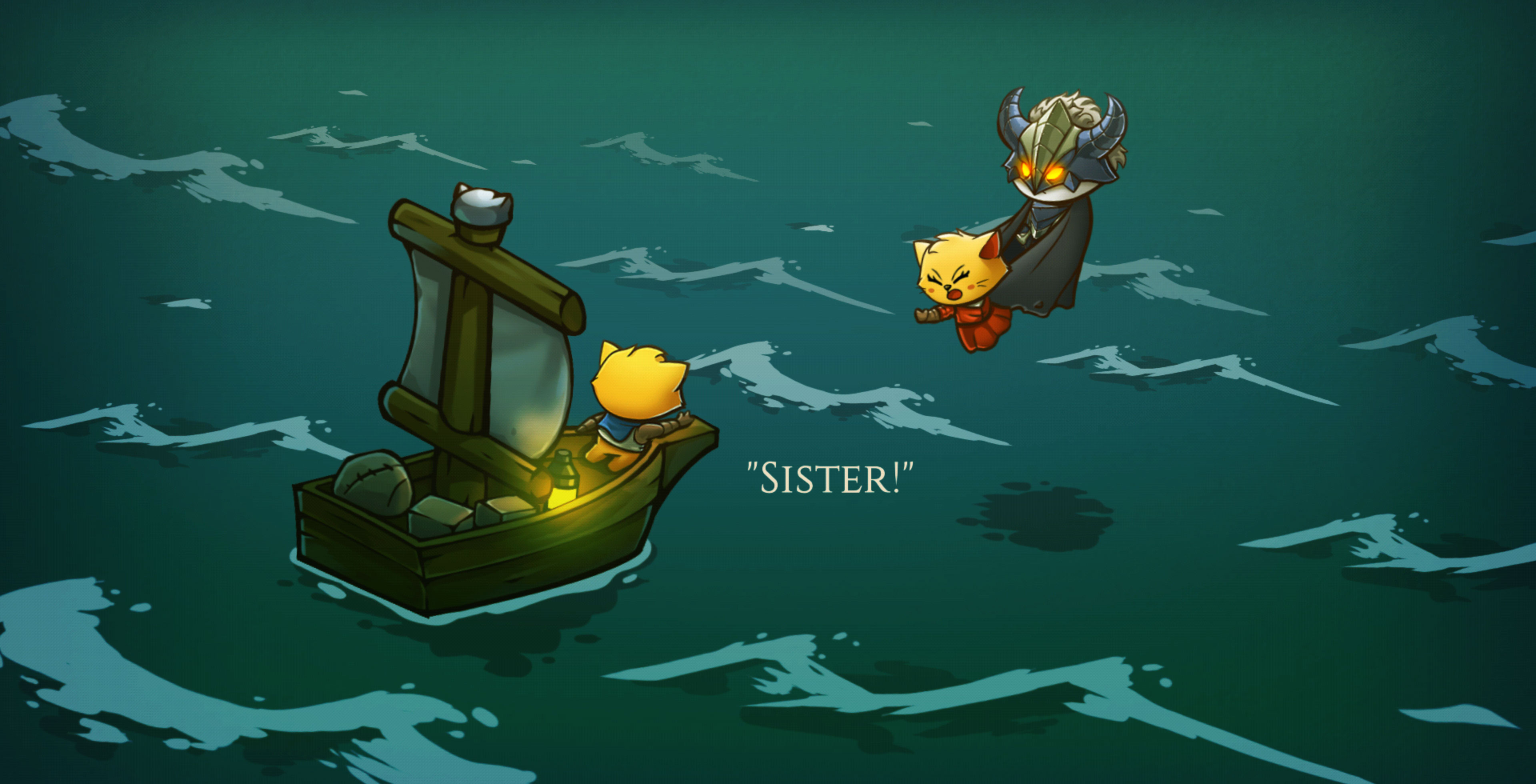 I think the best way to recommend Cat Quest is the fact that I couldn’t stop beaming at my phone while I was playing.

Not only is this 2D open world RPG adorable, with its little cat hero and perfectly 0n-theme dialogue — it’s also just really well-made. The game quickly bounces you along from point to point, without ever managing to dip into confusing or boring territory.

It’s surprisingly fast-paced — you start out in a beautiful intro animation wherein you lose your poor cat sister, who is picked up off a ship in the sea by a dragon-masked mystery villain. You, as the adorably brave little hero, hit land and immediately get to work exploring an overworld map and raiding dungeons with the help of a little floating helper named Spirry who hates being called cute (too bad it is). 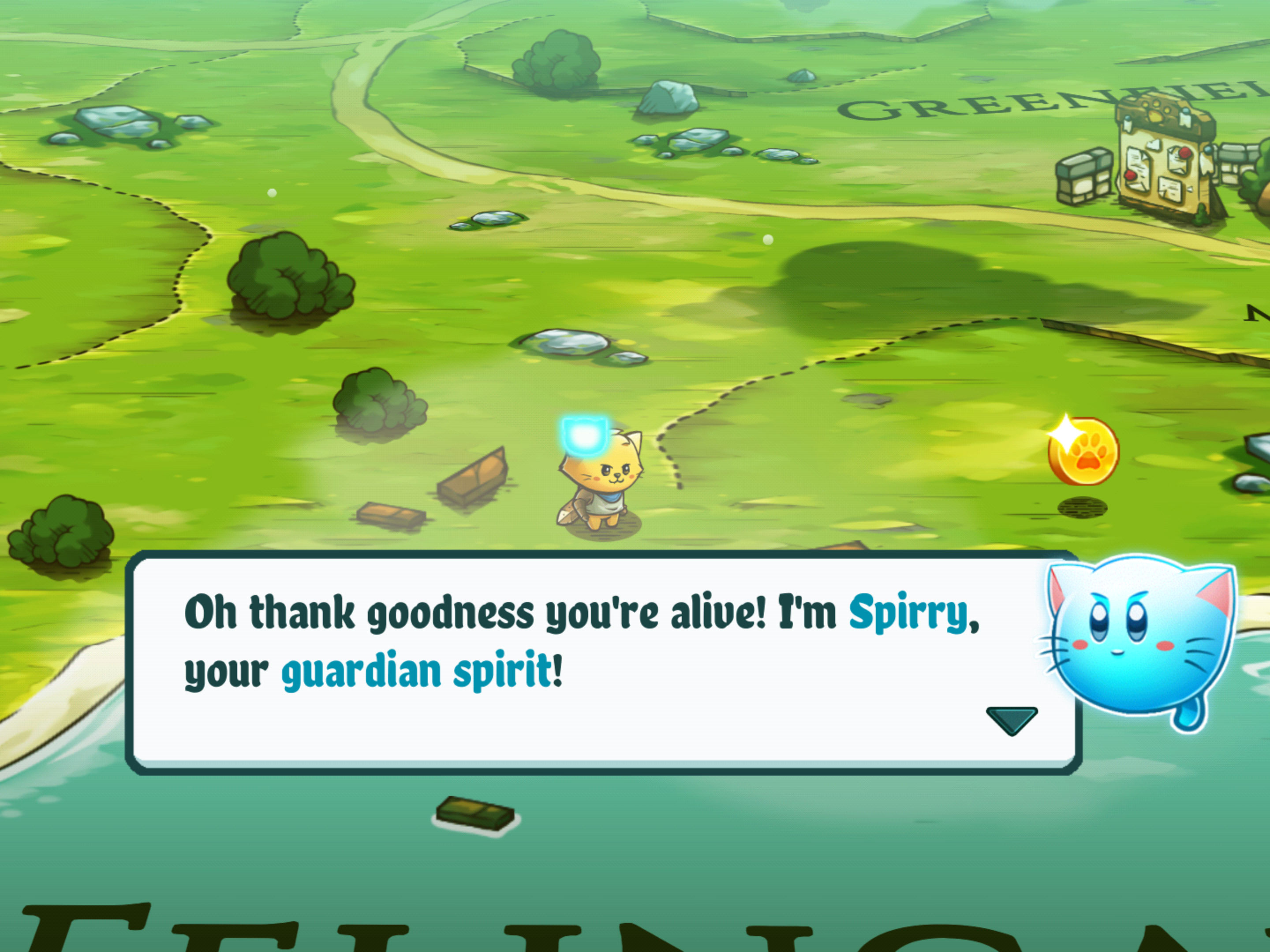 The navigation is simple and polished. There’s no heavy-handed instructions for how to do things. When you spot a baddie, you tap it to attack, or hold and flick a spell to the end of a circle once you have magic abilities.

A little arrow in the corner of the screen instructs you on where to go, and the music is serene and uplifting, paired with pleasant animations of translucent clouds and sunspots that float at the top of the screen — the kind of extra touches that really make you want to stay and inhabit this world.

If you hurt yourself in battle, against little hairballs or against large dragons, you can take a catnap in a local village or The Catpital to heal — there’s always a cushion laid out in front of one building. Beyond being over-the-top sweet, the catnap feature also has a practical function: it saves your game. 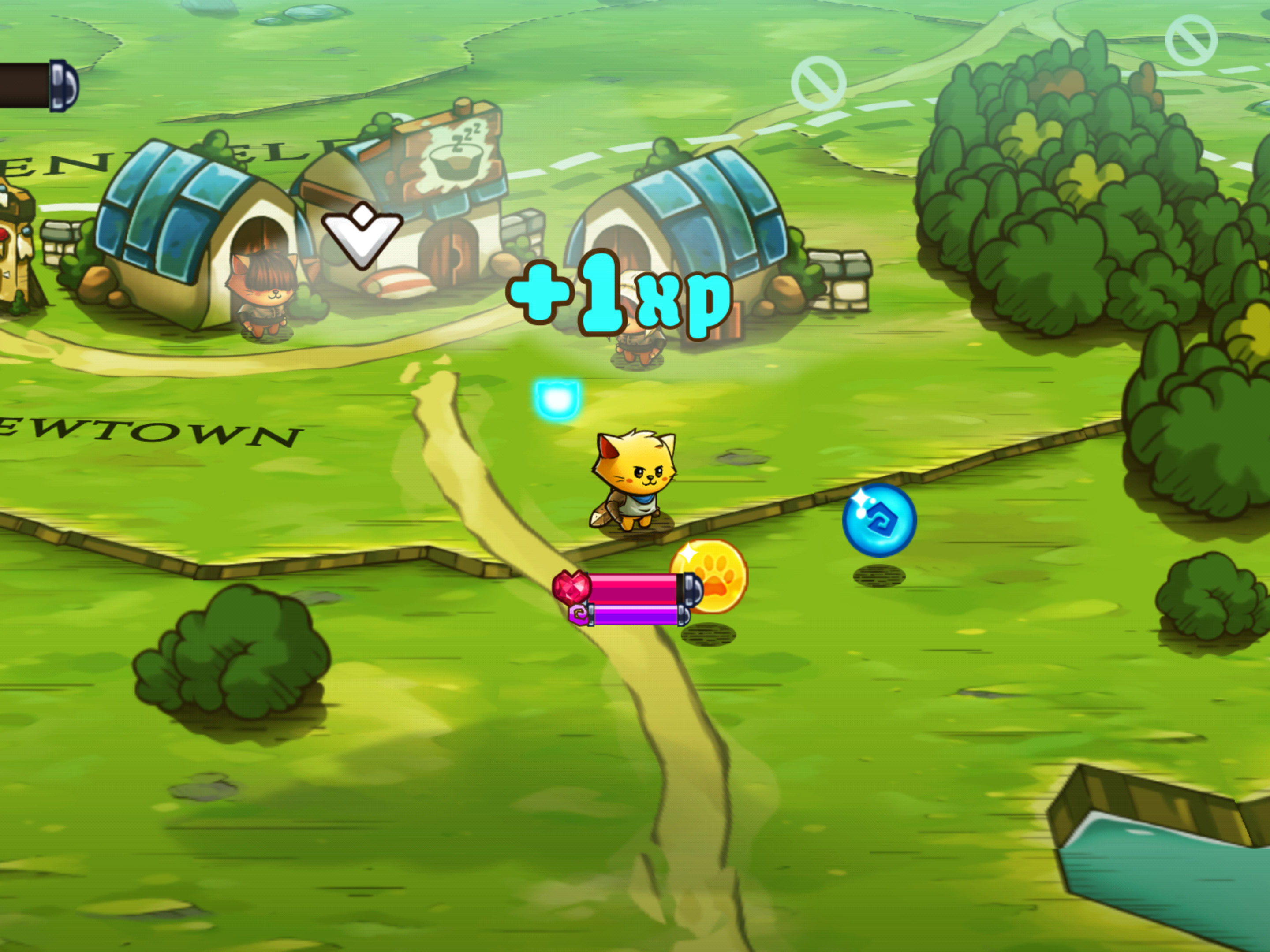 You can also find boards in the towns with side quests to explore. Your main goal, however, is to get your sister back, a task so urgent that I found it very hard to “paws” the game to write this mini review.

I fear, however, that there’s not too many other ways I can communicate the words “cute” and “fun” — so it may be best to simply wrap up by calling it the purrfect way to spend a weekend afternoon.

The only downside? It’s not free. But if you’d like to support The Gentlebros studio and their adorable game, it’s available on the Google Play Store for $6.49 CAD and the App Store for $6.99.