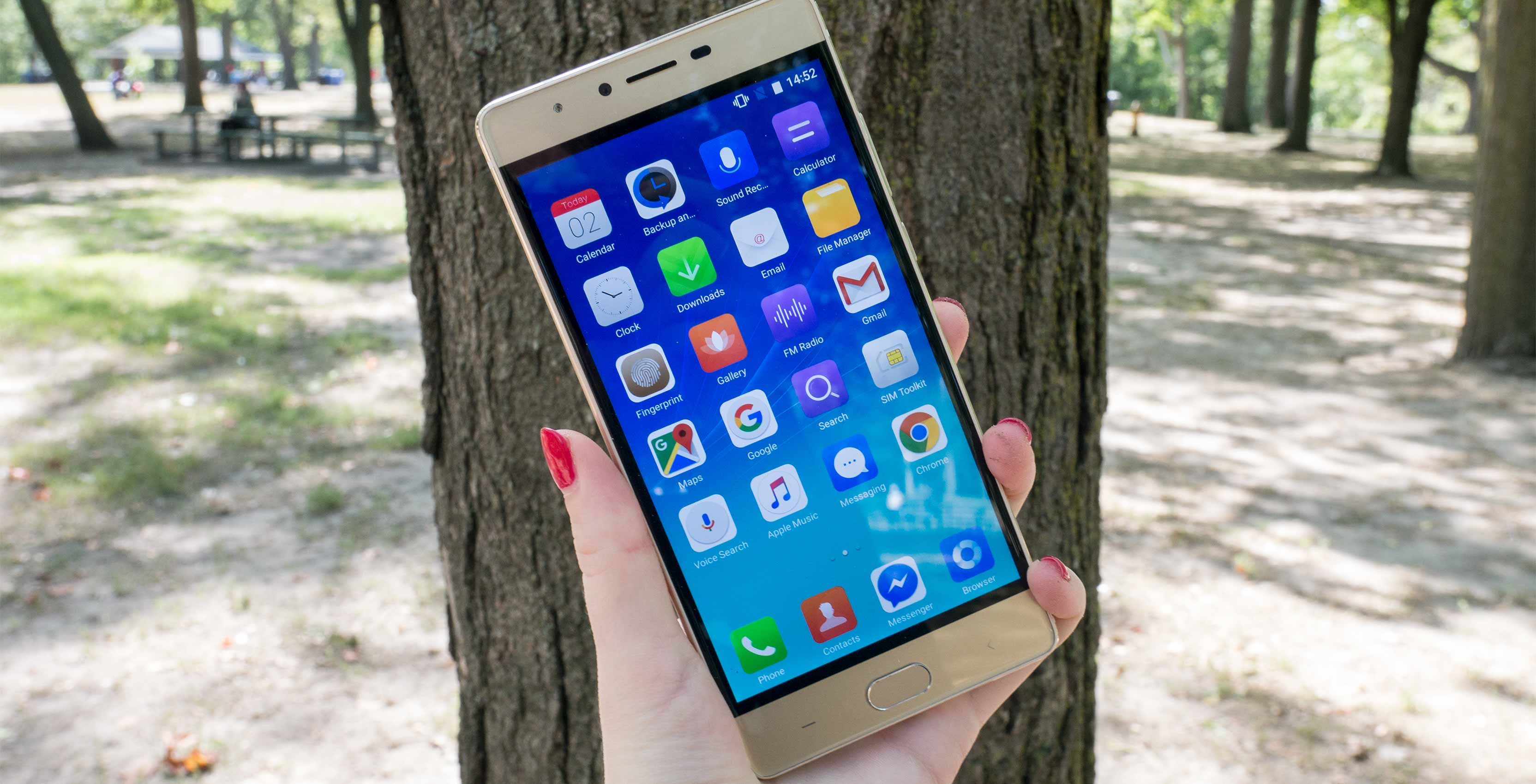 The Frank Phone is just another phone.

Frank’s founders say so themselves. It’s got an all-metal body, 5.5-inch Full HD screen, octa-core MediaTek processor, 4GB of RAM and a 16-megapixel rear camera. The specs aren’t mind-blowing for a mid-range phone. But that’s the thing: it’s not a mid-range phone.

In fact, at the early bird price of $180 USD and a regular price of $279 USD, it fits well within the budget category.

According to the Frank Phone’s website, this is possible because the creators are not “money-hungry a-holes” like others in the device manufacturing game.

“These companies like Samsung and Apple… their margins are absolutely ridiculous,” says Mo Omer, the 17-year-old chief technical officer at Frank Technologies. 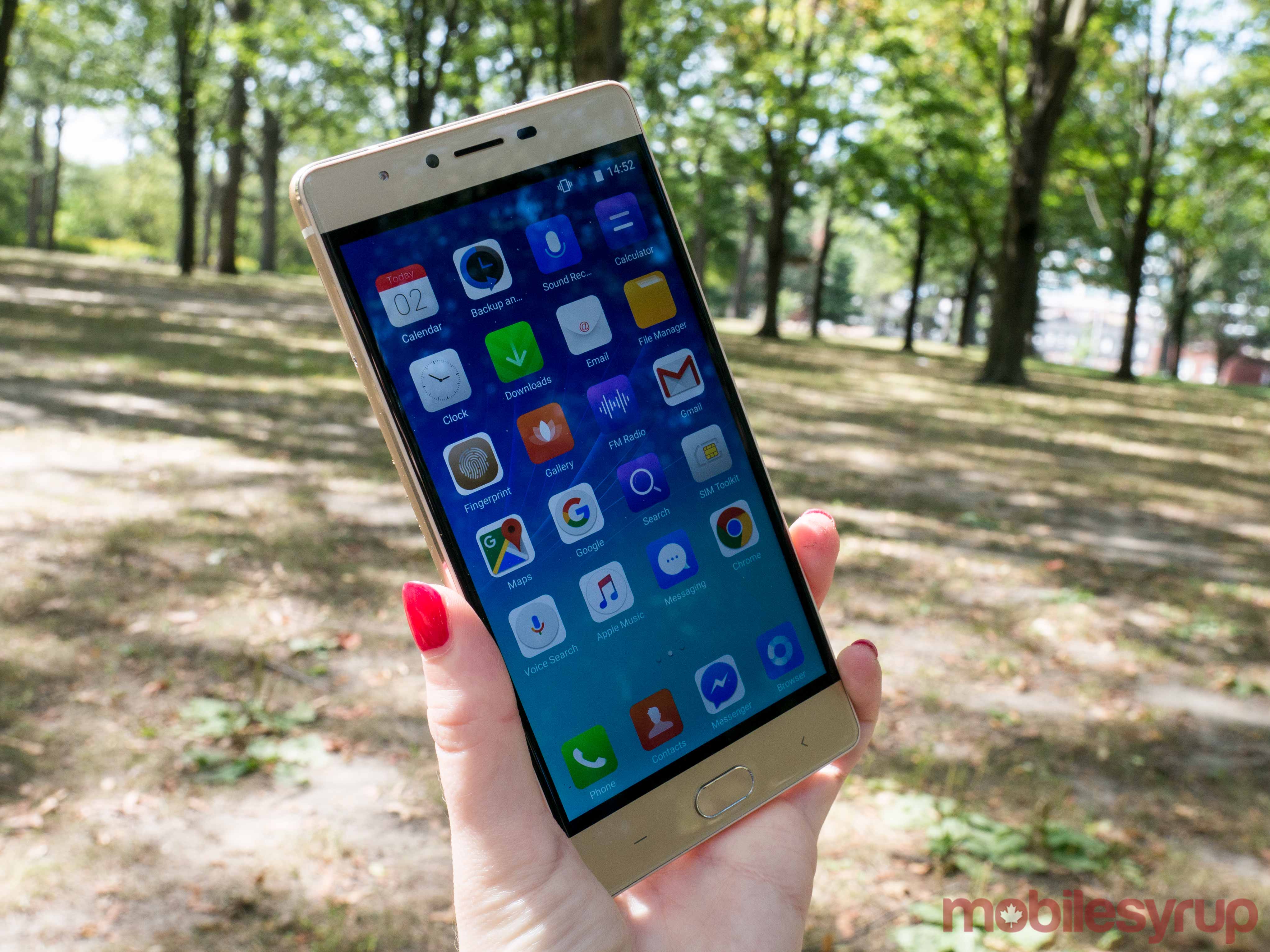 Omer notes that even though Frank is a small company that is only planning for a limited first run of 1,250 phones (thus increasing the cost of production in comparison to major brands), making a smartphone is a lot less expensive than people might think. Though he acknowledges that marketing and research also factor in to the prices from large companies, he still thinks the margins are too high.

“I think the average would be less than $150 to produce. And yet these companies are selling them for over thousands of dollars.”

Omer was inspired to create his own line of smartphones after an unsatisfying trip to a wireless store.

“When I was in grade 10, I was looking to buy a new phone because I had just cracked mine… and I literally just could not find any phones that were both good and cheap, because, believe it or not, a grade 10 student doesn’t have that much money to throw away on phones. At that point, I was just like if there’s nothing available, I might as well just make it.”

And make it he did — or at least, Omer shopped around white-label Chinese manufacturers and selected the features he’d like to have in the device (it should be noted that not much was tweaked from the company’s original design), then re-branded it under the ‘Frank’ name.

Though he admits he wasn’t sure the ambitious idea of starting his own mobile brand would make it off the ground, he first began talking about the project with the co-founder of an incubator called The Hatch Program at Carleton University, Fahd Alhattab. 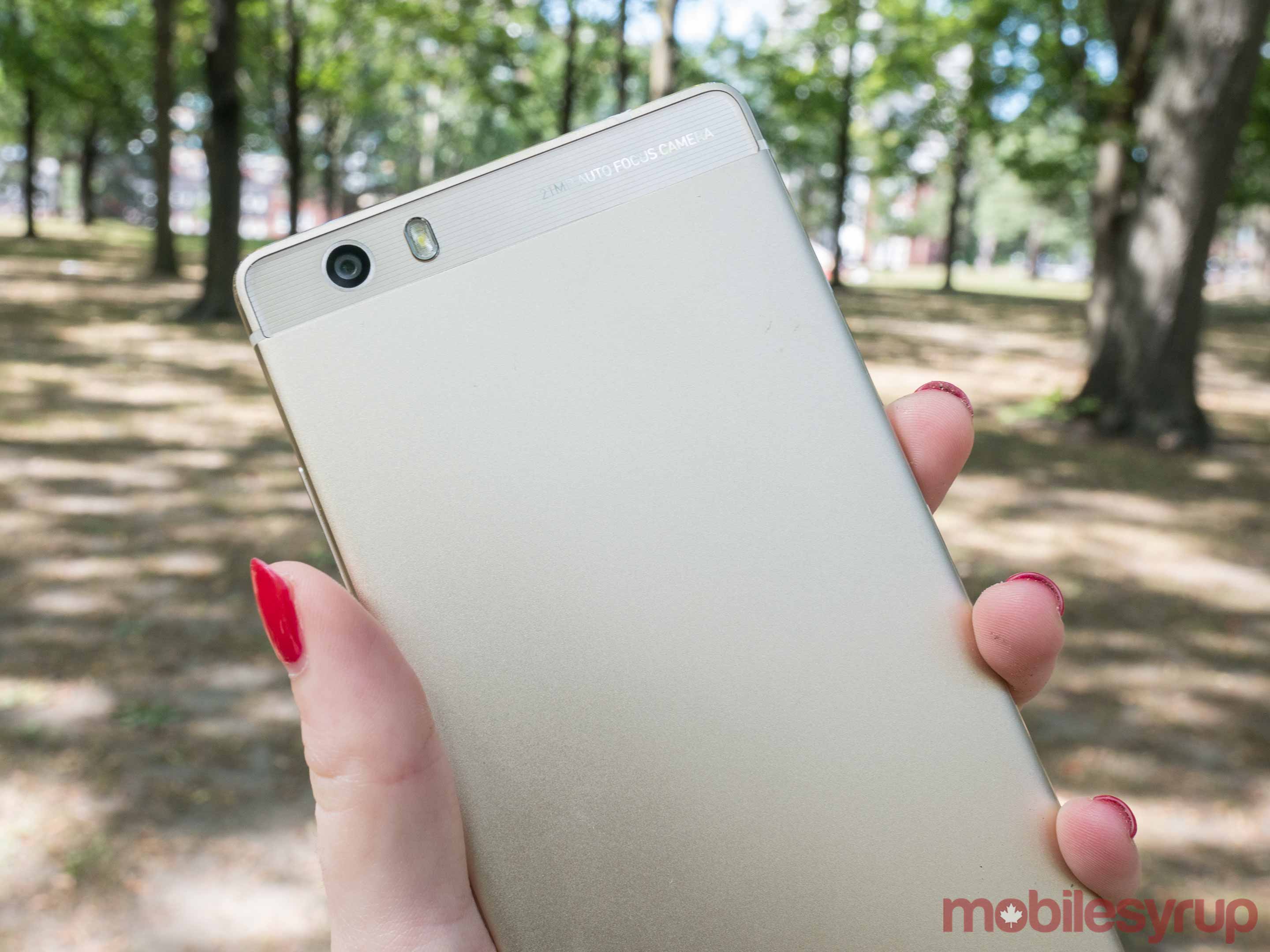 Alhattab, who was also student president at the university, says he was also initially unsure about the concept.

“When he told me he wanted to start a phone, I told him he was a bit crazy,” says Alhattab.

But Omer’s early designs and plans won him over – besides the fact that Omer had already proved himself as a young entrepreneur to be reckoned with, having just appeared on CBC’s Dragon’s Den with a hockey apparel line called Snipe City.

The now 23-year-old Alhattab also has an enterprising background; he started a camp for children from low-income homes during high school that brought him acclaim within the non-profit community.

Together along with marketing director Sara Alhattab – responsible for the company’s cheeky and memorable social media presence — and lead engineer and former BlackBerry employee Ahmed Ammar, they’re bringing to market a product that is now available for pre-order through IndieGogo. 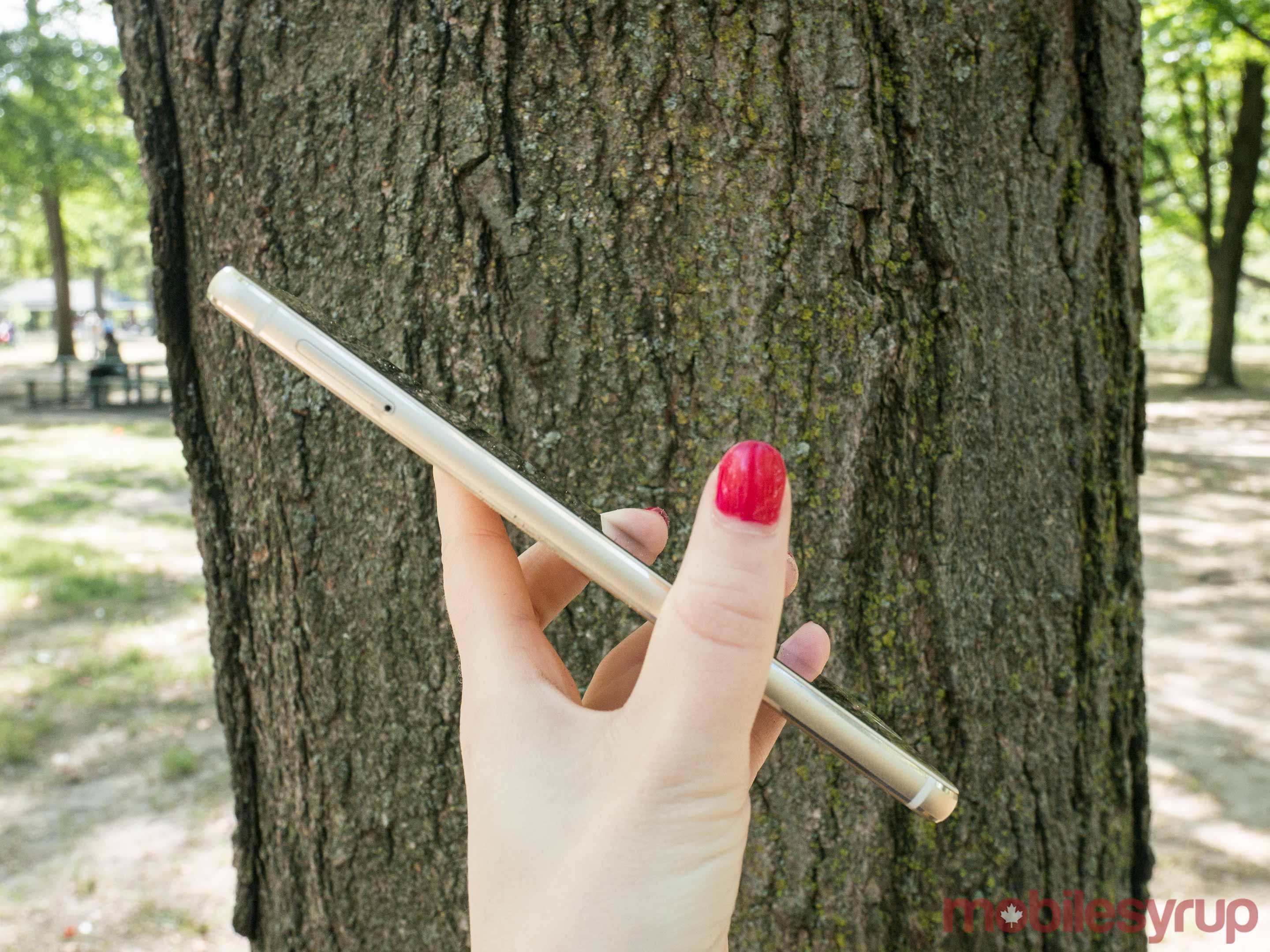 The young company provided me with a pre-production version of that product, which I used for four days. The software experience at the time of my use wasn’t complete — it comprised a moderate skin over top of Android 6.0, rather than the final (very minimal) skin over top of Android 7.0 that’s promised — so I can only comment on design, which I felt was impressive for such a reasonably priced phone.

The phone felt comfortable and solid in the hand, its all-metal design giving it a premium look. More than once, one of my colleagues or friends asked me curiously about my new mysterious device, a good sign when it comes to aesthetics.

It’s also practical. It retains, of course, the headphone jack — since who wants to be throat-punched, as the marketing puts it — and has a microSD card slot on top of its 64GB of internal storage.

Around the front, there’s an accurate and fairly quick fingerprint sensor, along with a 8-megapixel selfie camera with a f/2.2 aperture to complement the rear 16-megapixel sensor and its f/2.0 aperture. I should note here that while the camera software may not have been complete, it already included manual settings and took some moderately decent photos — though blur was a significant issue with or without the electronic image stabilization setting on. 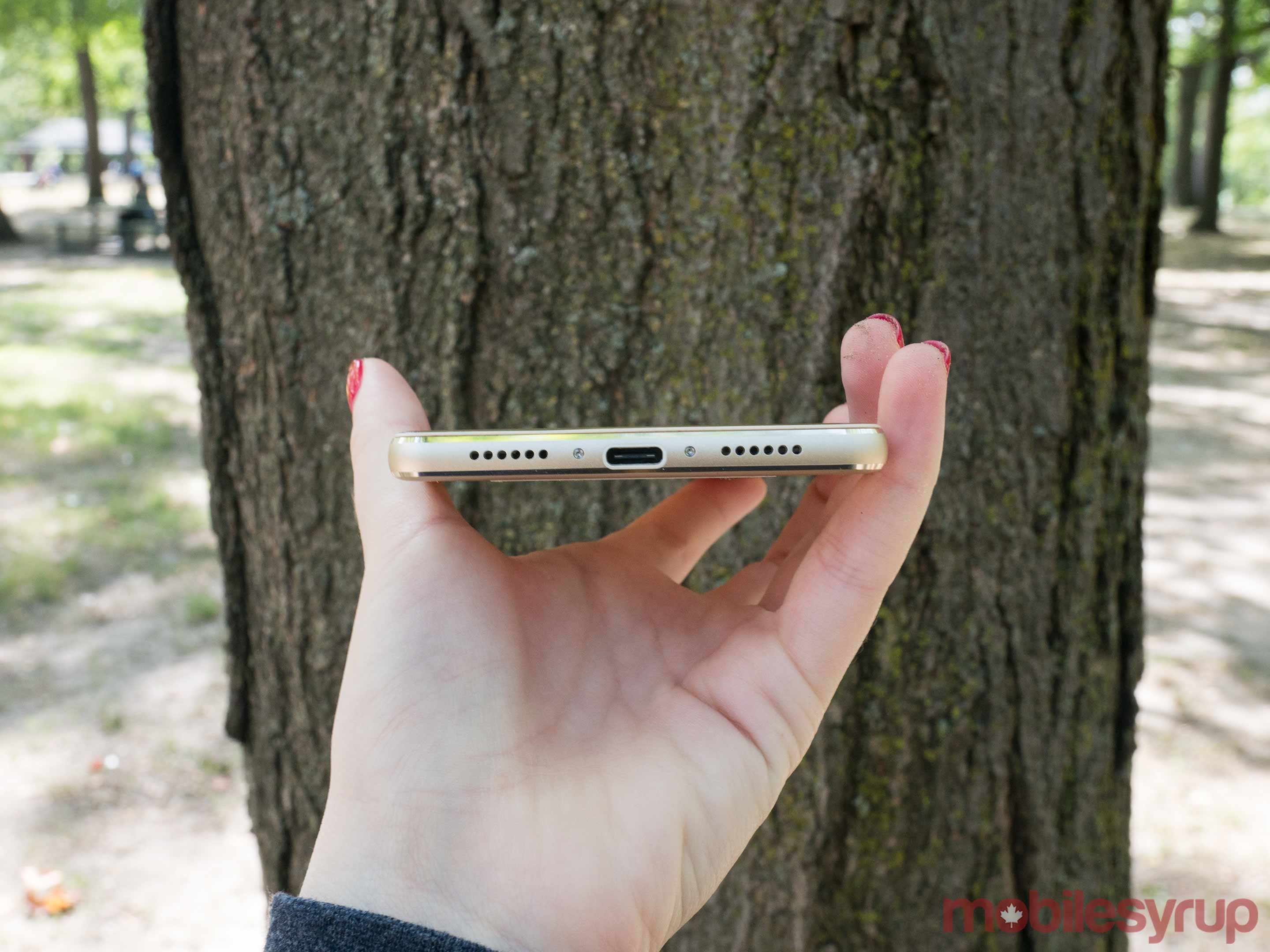 As for a deeper dive on internals: the phone’s 1.5GHz octa-core MediaTek MTK6750T chipset and 4GB of RAM made for a zippy and stable performance when it came to multi-tasking and mobile gaming. The device also stocks a 3,000mAh battery that easily lasted a day and charges via USB-C.

Regardless of the battery and chipset’s performance, however, there are two important things to note about the Frank Phone and any Android device that’s entering a new market. One is connectivity — Frank Technologies says the device will work on Rogers, Bell, Telus, Fido, Koodo, and Freedom’s LTE networks in Canada, but this can be a difficult thing for first-time phones to get right, and I would advise anyone who purchases the device to carefully watch and test performance on their network.

It should also be noted, in particular, that Freedom Mobile does not guarantee any phones not sold through its own channels will work on its Band 66 LTE network.

The second important consideration is Android updates. While Alhattab says the company is still exploring whether an upgrade to Android 8.0 will ever be possible with their first-run phones, he says users can likely expect quarterly security updates.

Considering the snail’s pace that some manufacturers take when it comes to doling out updates, many customers may find that enough, if the company manages to follow through. 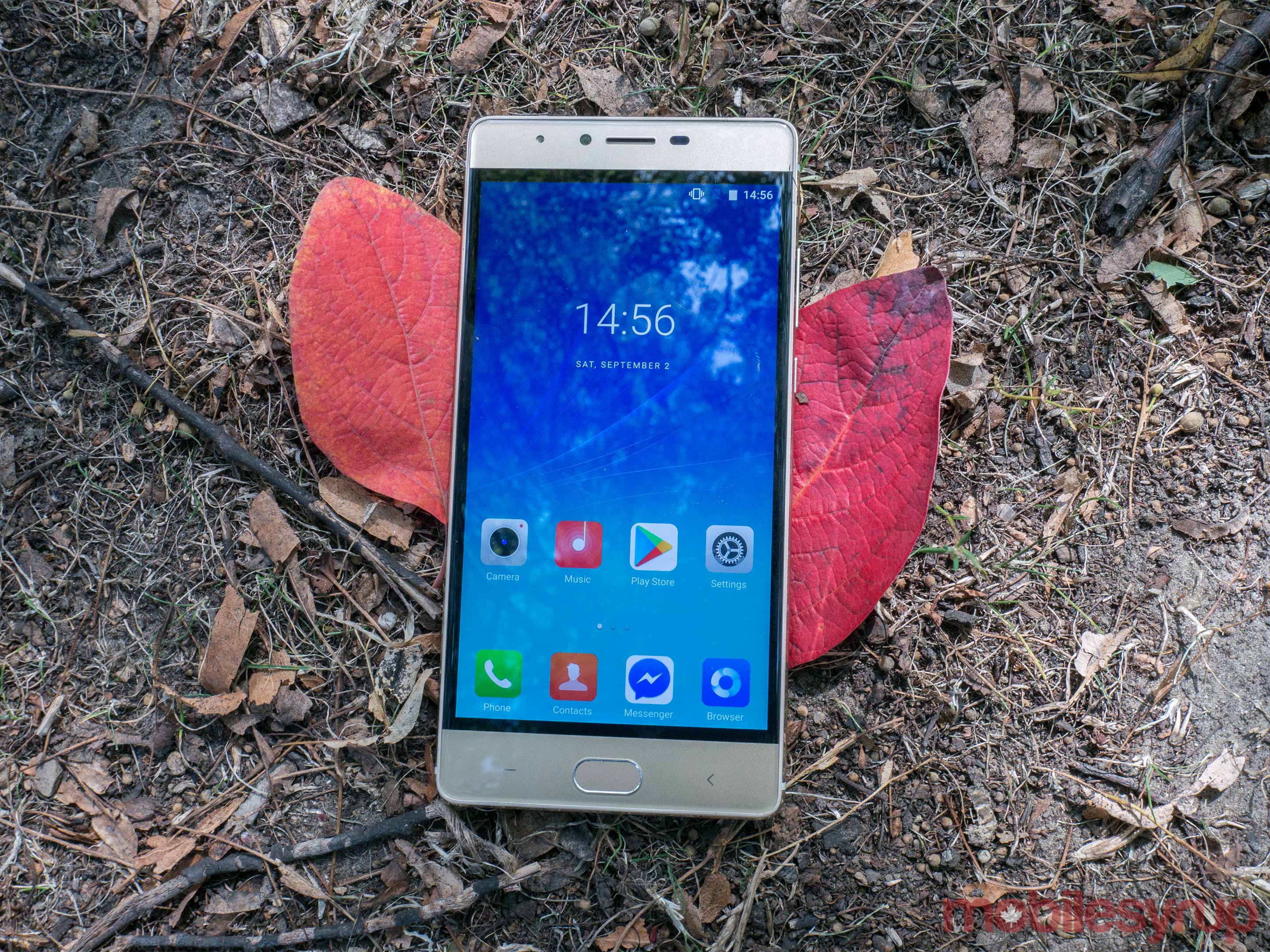 As for the first concern, the company’s 30-day return policy gives customers some time to test out whether the device will immediately face connectivity issues. Frank also provides a standard one-year manufacturer’s defect warranty and a $50 one-year “no-questions-asked” warranty.

Omer understands, however, why some might feel wary of buying from a new company that has yet to establish a reputation.

“That’s a completely valid feeling, I can understand that. What I would say is, give it a shot, and if worst comes to worst, you don’t like the phone and you return it,” he says, adding: “I personally manage the Twitter account, all the social media, so if you’re ever on social media and you want to talk directly to the creator of the phone, you can do that.”

Ultimately, Frank Technologies aims to sell 1,250 devices in its first run, with an expected delivery time of January 2018. Alhattab says the company has no plans to sell its products in physical locations anytime soon, citing the added costs they’d need to pass on to consumers.

For now, the company plans to keep their big ambitions as manageable as possible as Omer heads off to his freshman year at the Ontario College of Art and Design for industrial design.

They’re focusing on one clear goal, which Alhattab neatly sums up in one sentence: “Make good phones cheap and cheap phones good.”

Update 05/09/17: This article has been updated with a link to the Frank Phone’s Chinese manufacturer.