Pokémon Ultra Sun and Ultra Moon are follow-ups to last year’s Sun and Moon games on the 3DS. Set in the same Alola region, the new versions offer players additional story content and new Pokémon to catch that weren’t in the original Sun and Moon titles.

Fire Emblem Warriors is a Dynasty Warriors-inspired hack-and-slash action game that brings together a variety of characters from the popular Nintendo strategy game series. In the special edition, fans will receive the base game, plus three CDs with music from the game.

Moreover, this edition will include character art cards on 5-by-7-inch premium card stock and a slip case to store them in. Finally, the special edition will come with a dual-sided poster showing off the first Fire Emblem games the characters in Warriors have appeared in, with one side in English and the other in Japanese. 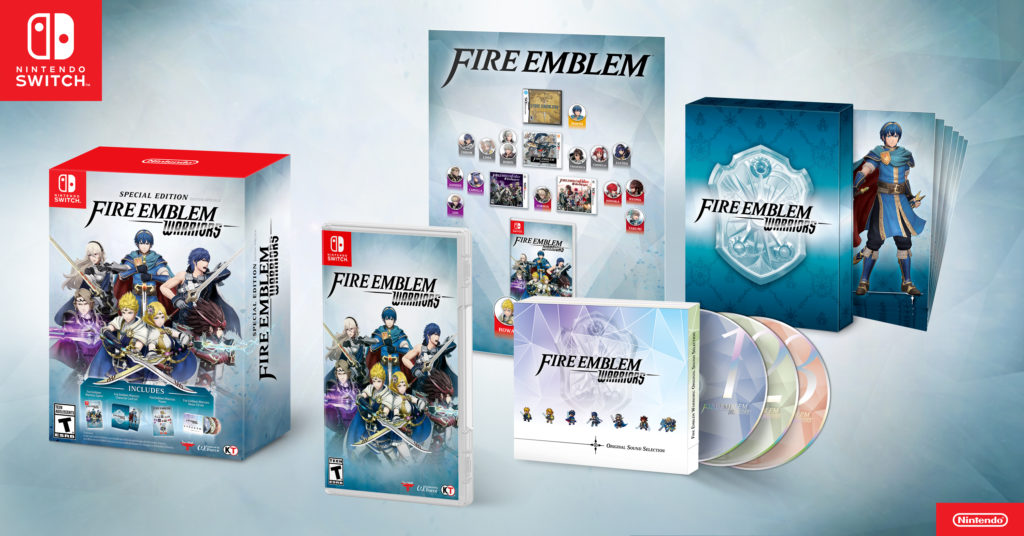 The special edition for the Nintendo Switch goes on sale October 20th at a suggested retail price of $99.99 CAD. The standard version of the game will cost $79.99. It’s worth noting that Fire Emblem Warriors is also coming to the Nintendo 3DS later this year (retailing at $49.99), although a specific release date has yet to be confirmed. The special edition has also only been confirmed for the Switch at this point as well.

“The incredible fans of the Fire Emblem and Pokémon franchises not only love the games themselves, but also the features behind the games,” said Pierre-Paul Trepanier, Nintendo of Canada’s general manager and senior director in a press release. “These special versions are great options for dedicated fans who want to enjoy all facets of their favourite series, from amazing gameplay to bonus artwork.”