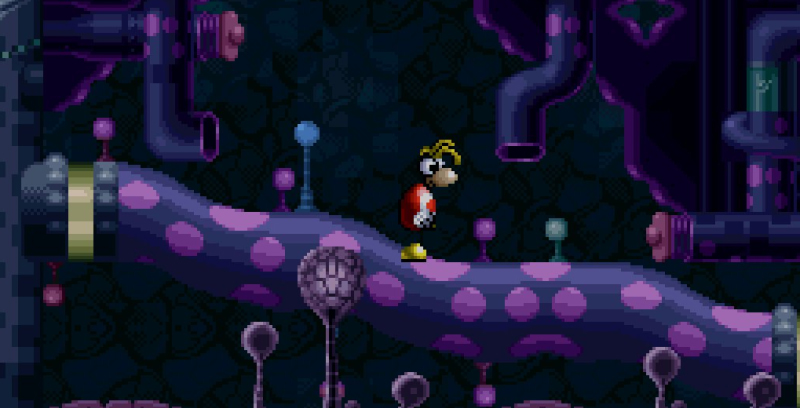 Back in October Rayman creator Michel Ancel revealed an early prototype of an unreleased Super Nintendo version of the first entry in the Rayman series — which remained under-wraps for 24 years.

Now, indie video game developer Omar Cornut has uploaded a prototype of the unreleased game to Dropbox, making it freely available on the internet.

Cornut, the founder of indie game studio Lizardcube, says he got a copy of one of the the title’s early builds after reaching out to Ancel. In a tweet he said, “Just asked Michel who I know and he kindly let me borrow the cartridge to dump it.”

The Rayman prototype is compatible with most SNES emulators, though it’s worth noting that it’s far from a complete game. The full title measures in at 1MB and only features one static area of a level with no items or enemies. The first game in the Rayman series eventually released on the ill-fated Atari Jaguar before eventually making its way to Sony’s first-generation PlayStation.

Still, despite the SNES game’s incomplete state, there’s something inherently fascinating about playing an unreleased video game. When Nintendo drops the SNES Classic later this year, a prominent title feature in the micro-console’s line-up is Star Fox 2, an unreleased sequel to the original Star Fox for the Super Nintendo.

If you’re interested in checking out this piece of video game history, follow this link. The next entry in the Rayman series is set to be Rayman Legends Definitive Edition for the Switch, though Nintendo is also working on Mario+Rabbids Kindgom Battle — this is a spinoff of the Rayman series — for the console as well.