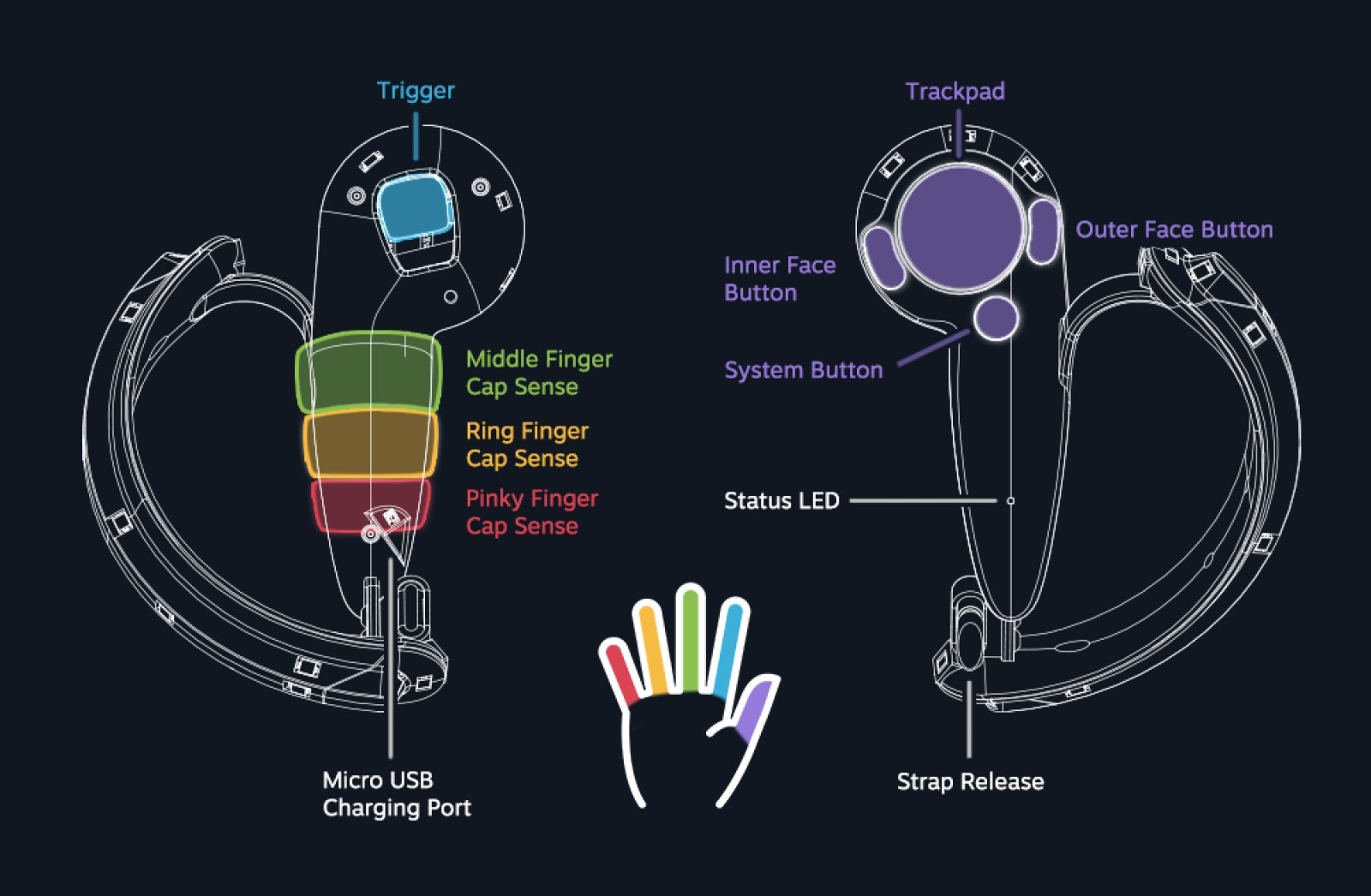 While the Vive’s wands and the Oculus Rift’s Touch controllers do a decent job of allowing players to manipulate objects in VR, Valve’s new ‘Knuckles’ controllers take virtual reality interaction to a new level.

With Knuckles, players insert their hand between a main part of the controller and what looks like a soft trap that helps hold the gamepad in place. You can tighten your grip and loosen the fit of the gamepad as well. This means that you can interact with objects by actually using your fingers, all without worrying about dropping the controller.

Capacitive sensors inside the gamepad track hand motions and are able to tell whether your fingers are straight, curled or a position in between; Knuckles is even capable of tracking individual fingers.

It’s unclear when Vive’s new Knuckles controllers will be available to the general public, but it looks like dev kits are currently being sent out to developers. Similar to any accessory, Knuckles success is hinged on whether developers opt to support the gamepad or not.