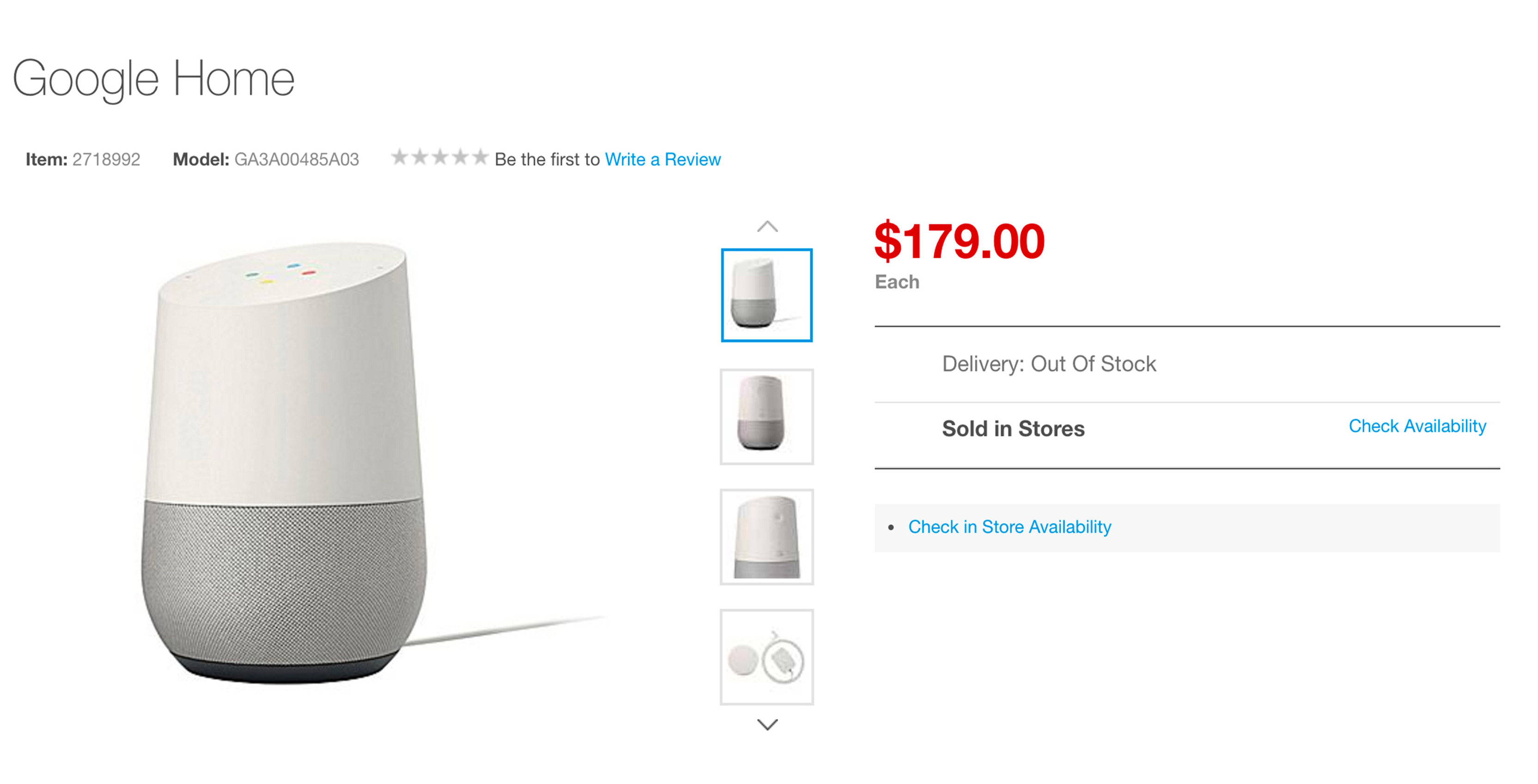 Someone at Staples Canada is really excited to get their hands on Google Home.

On Friday, the office supply retailer updated its online e-commerce store to add Google Home to its list of offerings. Unfortunately, that doesn’t mean Canadian consumers can buy the device; Staples says Home is out of stock both online and at its many retail locations across the country, likely confirming that the listing is a placeholder. Google, it should be noted, has yet to officially announce when Home will come to Canada.

Staples lists Home at $179, which amounts to a direct conversion of the device’s $129 USD price.

When asked to comment on the listing, a spokesperson for Google said, “Google Home is currently not available in Canada.” It’s possible that Google could announce additional Home availability during its 2017 I/O developers conference next week.

It’s possible that Google could announce additional Home availability during its 2017 I/O developers conference next week.

Correction: a previous version of this article said Google Home is priced at $114 in the U.S. While the device can be found for as low as $114, its MSRP is $129.