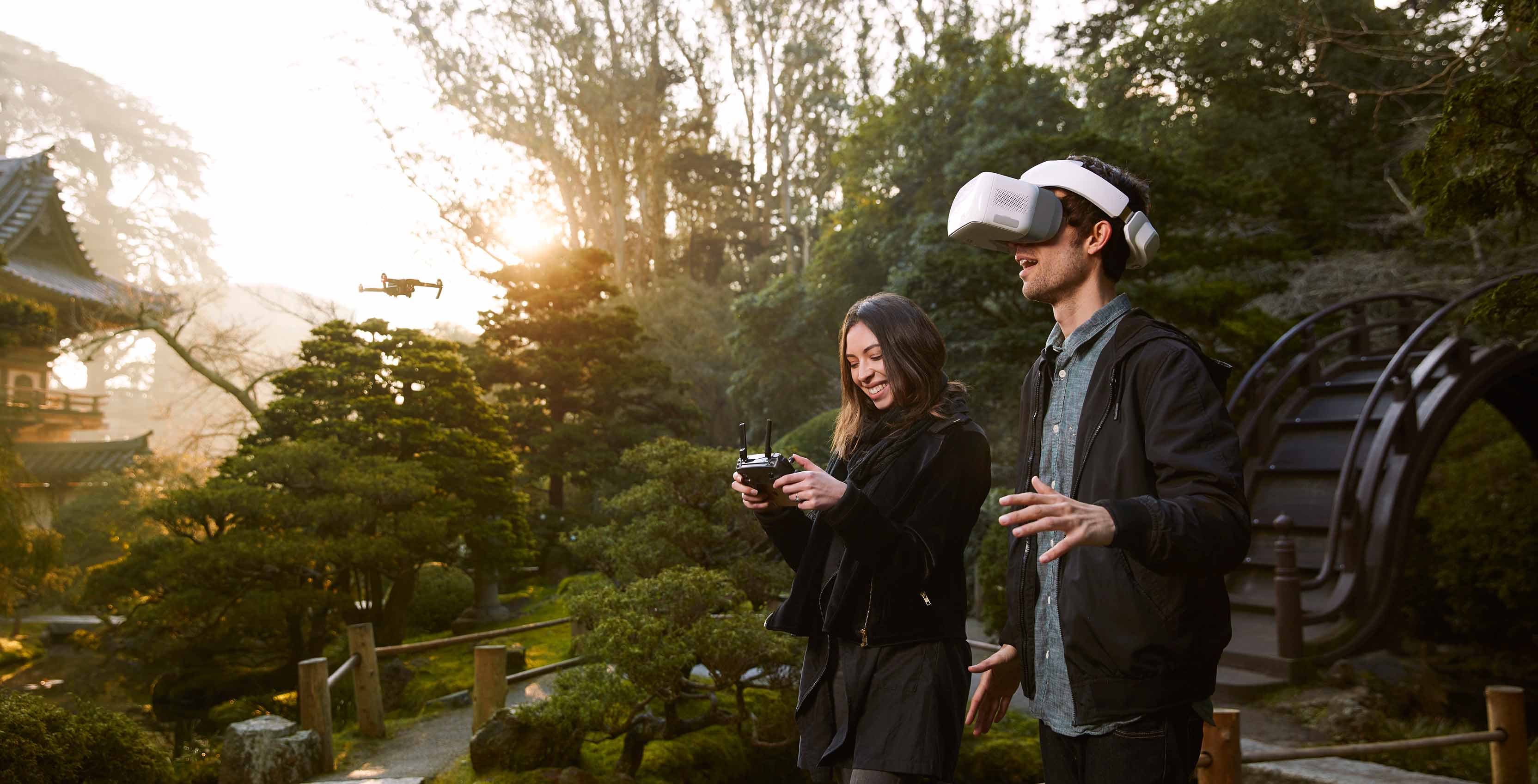 DJI has announced its latest drone accessory, the DJI Goggles, a headset that allows owners of its UAVs to fly their drone from a first-person perspective.

Compatible with the company’s Mavic Pro and Phantom 4 series drones, DJI’s most popular consumer-facing UAVs, the headset features two 1920 x 1080 pixel resolution displays. According to DJI, wearing Goggles is like looking at a 216-inch cinema screen from three metres away. Moreover, the company says latency can get as low as 110ms in optimal conditions.

A touchpad on the side of the wearable allows users to quickly access the variety of intelligent flight modes that come with each DJI drone, including ‘ActiveTrack,’ ‘TapFly’ and ‘Terrain Follow,’ among others. It’s also possible to pilot the drone using the headset’s head-tracking mode, with yaw and camera tilt tied to the movement of the user’s head. A separate head-tracking mode allows users to control their drone’s gimbal.

DJI rates Goggles’ battery life at six hours on a single charge. The headset includes an HDMI port, allowing them to double as a headset for watching movies or playing video games, as well as a microSD slot that allows users to review any footage they may have captured.

If you own a DJI drone, the good news is that you can use the Goggles in Canada.

Canada’s recently enacted recreational UAV regulations require that pilots keep sight of their drone at all times while it’s in the air. However, a spokesperson for Transport Canada said drone pilots can use the headset as long as they have a spotter with them — incidentally, DJI recommends Goggles users have a spotter, as well.

Microsoft partners with DJI on AI model SDK for drones