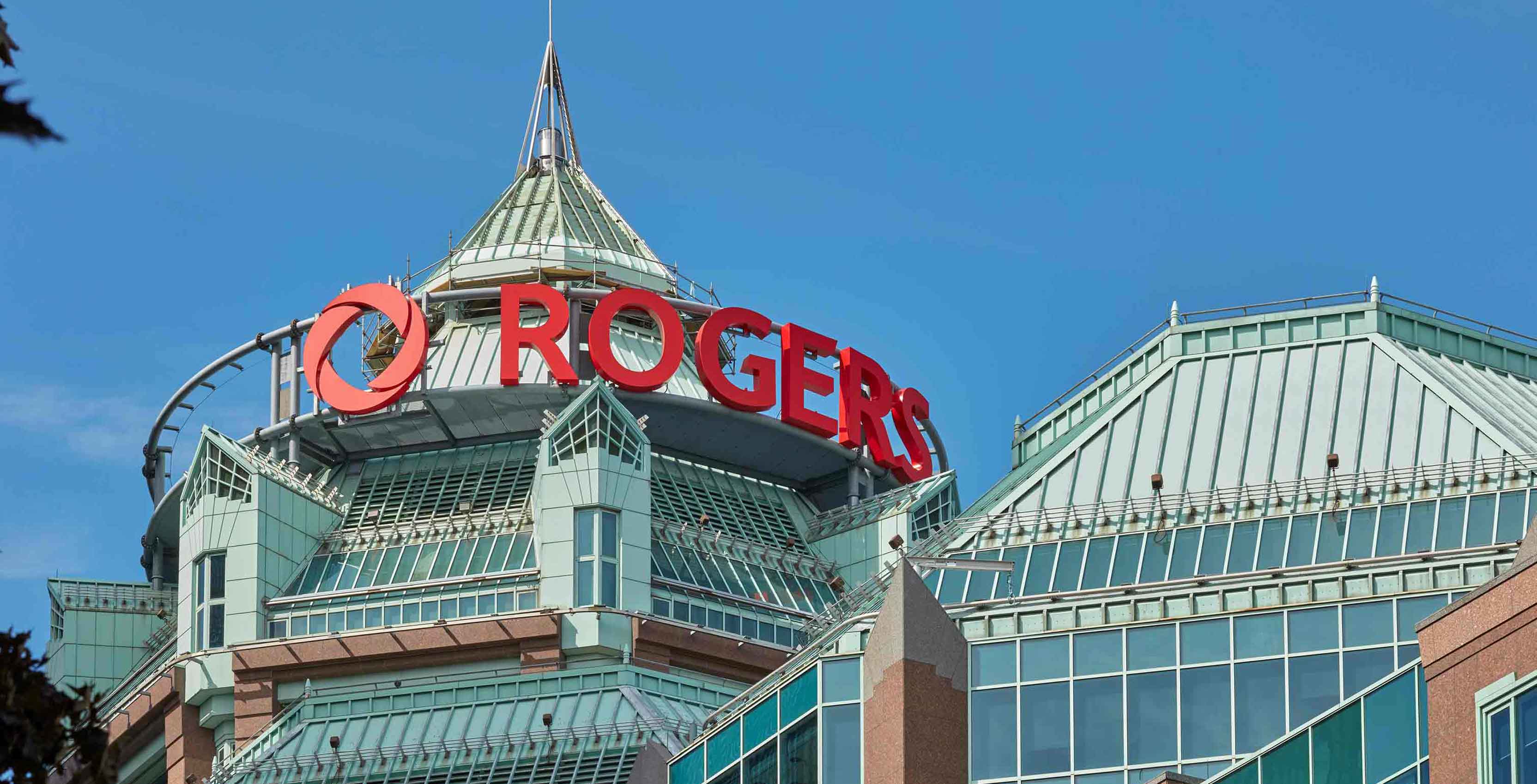 Former Rogers CEO Guy Laurence’s ‘Rogers 3.0’ plan brought with it Roam Like Home, an overhaul of its customer experience and an improved focus on its staff, among other things.

Now, as a new era of Rogers approaches led by former Telus boss Joe Natale, that plan will soon make way for ‘Rogers 4.0.’

BMO analyst Tim Casey writes in a new report forecasting Natale’s first 100 days that there are three main issues the new boss will want to get to work on immediately: improving wireless subscriber churn (i.e. the rate of customers that leave Rogers in a given quarter), reversing competitive losses in video by “flawlessly executing the rollout of Comcast’s X1 platform” and resuming dividend growth.

“Following years of underperformance in wireless, recent results reflect a marked turn in operating momentum. The challenge for Rogers is to now convert the turn in subscribers to accelerated EBITDA [earnings before interest, tax, depreciation and amortization growth]. We expect a continued turn in sentiment as Rogers closes the fundamental performance gap.”

Casey notes that Natale’s prior experience at Telus will no doubt help improve wireless churn by improving customer experience. Telus and its flanker brand Koodo hold first and second place respectively in the latest wireless customer satisfaction surveys held by J.D. Power and Associates, while Rogers and Fido are last on the list.

“We believe it is no coincidence that Rogers hired incoming CEO Joe Natale given his leading role in executing Telus’ multi-year ‘customer first’ culture,” reports Casey.

As for video, Casey states that Comcast’s X1 platform has an “encouraging track record” of stemming or reversing competitive losses, which Rogers faces in particular from Bell’s Fibe IPTV offering.

“We believe it is no coincidence that Rogers hired incoming CEO Joe Natale given his leading role in executing Telus’ multi-year ‘customer first’ culture.”

In December 2016, Rogers announced it was abandoning its in-house IPTV development efforts in favour of licensing Comcast’s X1 platform, with an expected initial launch in early 2018 — a $484 million write-down that Casey considers a sound strategic decision.

Casey also writes that with Natale’s experience and six months of lead time to think about Rogers 4.0, getting acclimated to the job won’t take long, adding that recent strategic moves suggest “internal preparatory work” is being done in anticipation of his arrival, including the Shomi wind-down and the change in IPTV strategy.

The accelerated pace means consumers can expect to see a new strategic plan before Natale’s six month mark, which is when former CEO Guy Laurence rolled out Rogers 3.0. 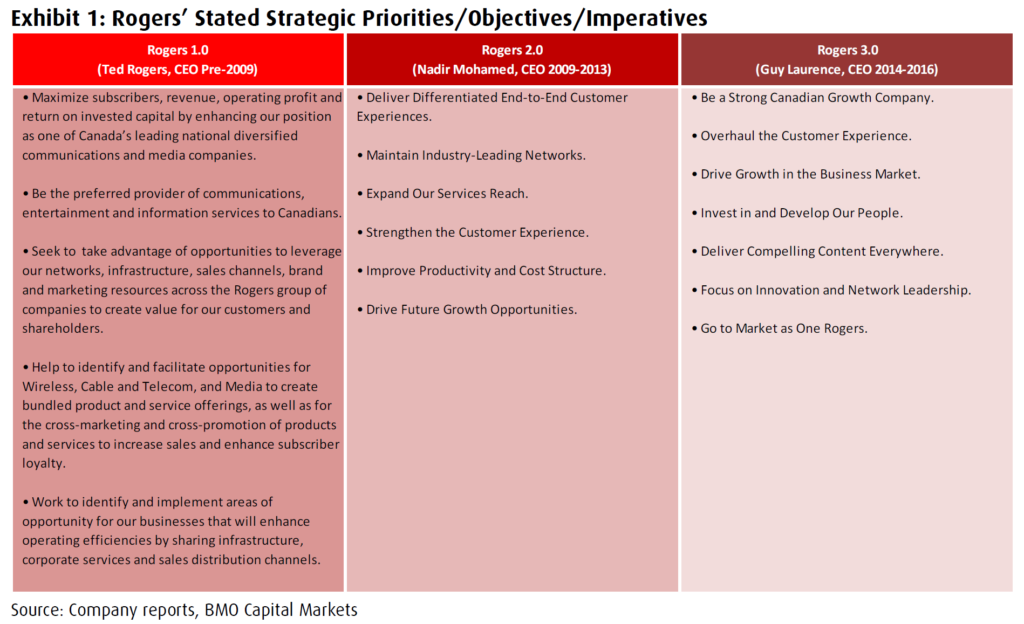 “We expect a relatively quick ramp-up period for incoming President and CEO Joe Natale and a refresh of corporate strategy and balance sheet priorities at Rogers (i.e., ‘Rogers 4.0’),” writes Casey.

Not only does Natale bring prior telecom experience, he also brings competitive intelligence from his prior position at Telus, which is amplified by CFO Tony Staffieri’s prior experience at BCE and board member elect Robert Depatie’s former Videotron/Quebecor ties.

Other considerations identified in the report include snagging Quebecor’s unused 10MHz of AWS-1 spectrum in Toronto (Casey predicts deals may arise over the next “several months”) and a potential network/spectrum sharing arrangement with Shaw, though there seems to be limited upside for Rogers.

Additionally, Casey notes that Rogers could rethink its stake in Cogeco (which currently equals $1.1 billion equity in Cogeco shares) since it hasn’t acquired new shares since 2011.