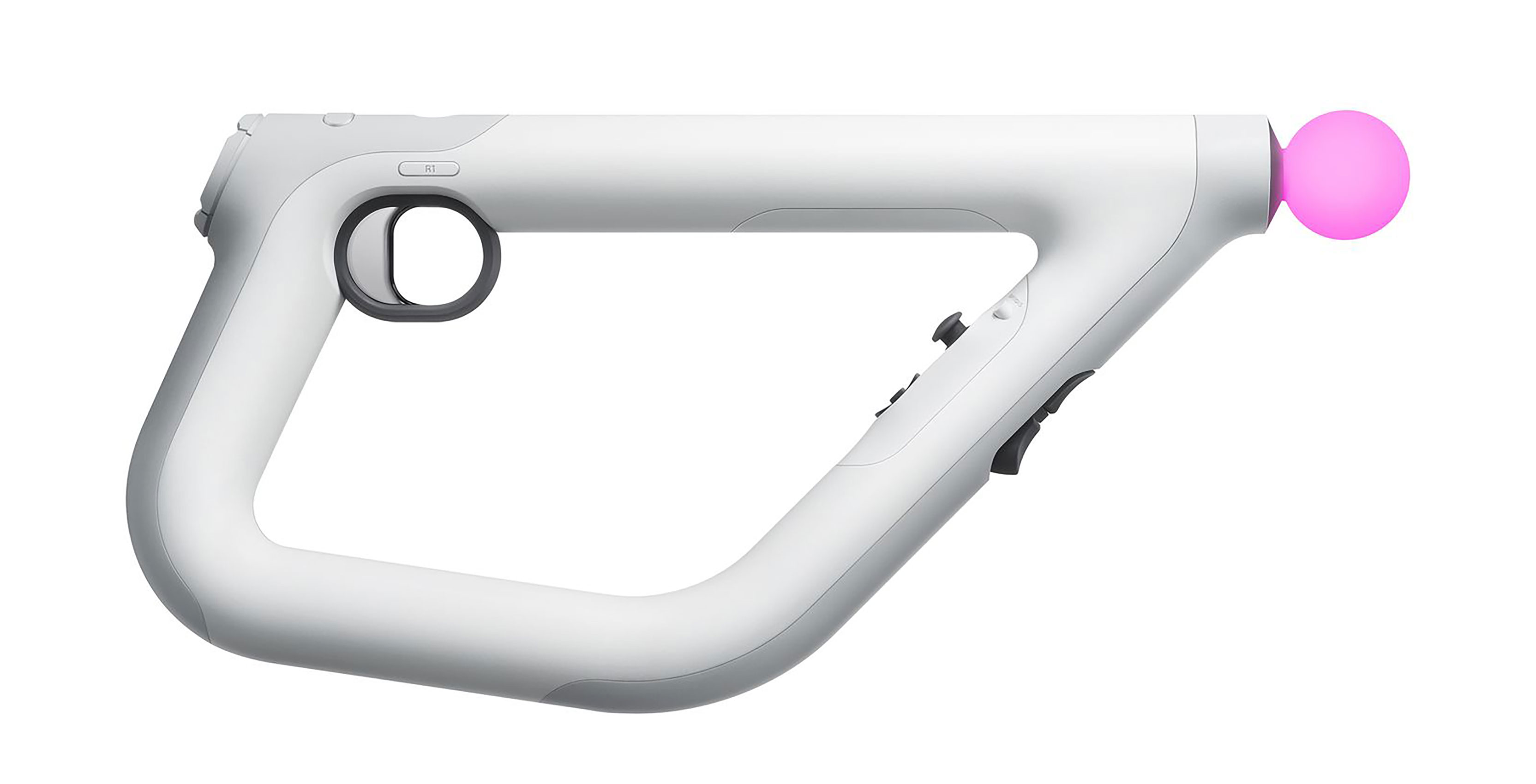 While Sony’s has remained silent on the PlayStation VR (PS VR) Aim gun controller’s launch date, the developer of one of the first games set to take advantage of the peripheral, a title called Farpoint, says that the accessory will launch in May.

Farpoint was originally supposed to launch back in March alongside PS VR’s Aim controller, though it looks like the accessory and the game’s launch date has been pushed back to May.

At GDC this week, Impulse Gear, the developer of Farpoint, confirmed to VR-focused publication Road to VR, that the game and controller are set to launch on May 16th.

The controller seems to have a lot in common with the WiiMote and Nunchuck gun controller released for Nintendo’s Wii a few years ago in terms of design, though it doesn’t act as a shell for PlayStation Move’s wands. Aim features an analog stick for movement and a built-in colour ball, similar to the glowing balls located on the end of Move controllers.

Unlike the HTC Vive however, which features full room-scale tracking, there’s is not currently a way for PlayStation VR to track the controller when the player isn’t facing the PlayStation camera. Impulse Gear says that Farpoint has been designed with this limitation in mind and feels that a combination of the classic on-rails first-person shooter and the free-roaming FPS games most people are more familiar with, is the best compromise.

It’s unclear exactly how much the Aim controller will cost in Canada, but in the U.S. the accessory is priced at $80 USD (approximately $108 CAD) with a copy of Farpoint included.