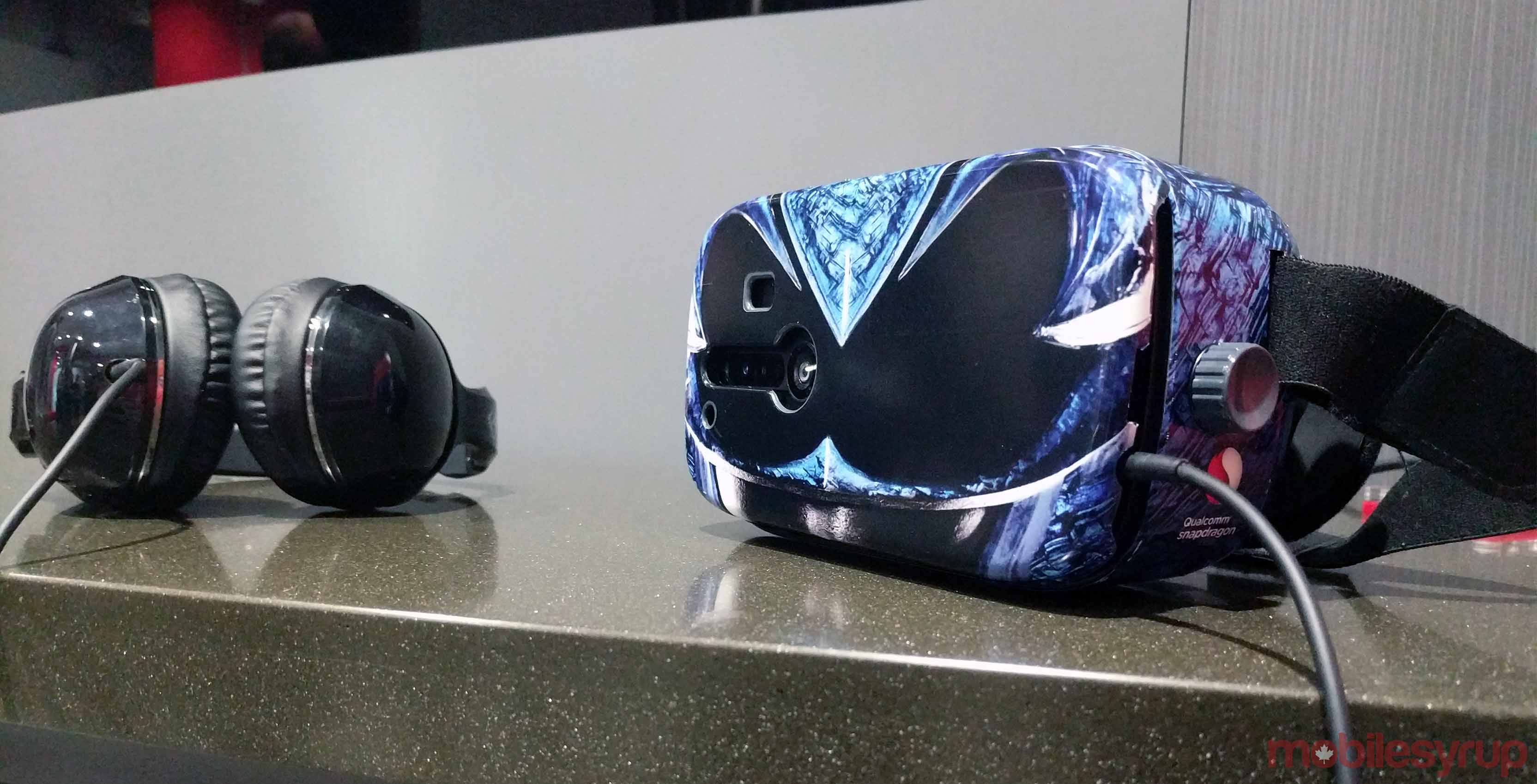 One of the main limitations with early-stage virtual reality has been the lack of ability to truly interact with content rather than just passively consuming what’s in view.

Shown above is a prototype HMD with smartphone slot created by Qualcomm capable of running the Leap Motion integration.

The technology, which the companies are referring to as a natural virtual reality interface, takes advantage of Leap Motion’s hand-tracking expertise and Qualcomm’s VR and AR optimized Snapdragon 835 mobile platform, which was designed to support six degrees of positional tracking (otherwise known as room tracking), high VR frame rates, audio that adapts based on your movements and real-time rendering for 3D graphics.

“As we deliver the new Snapdragon mobile platform for greater immersion with untethered virtual reality HMDs, natural user interfaces like hand movements will help consumers more intuitively interact with VR content and transform the consumer experience. We’re thrilled to work closely with a VR technology leader like Leap Motion so that we can make that possible,” said Tim Leland, vice-president of product management at Qualcomm, in a statement sent to MobileSyrup.

Qualcomm and Leap Motion are demonstrating the technology, built on the Snapdragon 835 mobile platform, at the Game Developer’s Conference (GDC) and Mobile World Congress (MWC), both of which officially open on February 27th.

Qualcomm and Leap Motion create products for use by manufacturing partners, so the two won’t be releasing any product as a result of this collaboration, but consumers can expect to see both technologies integrated in upcoming mobile VR headsets in the near future.