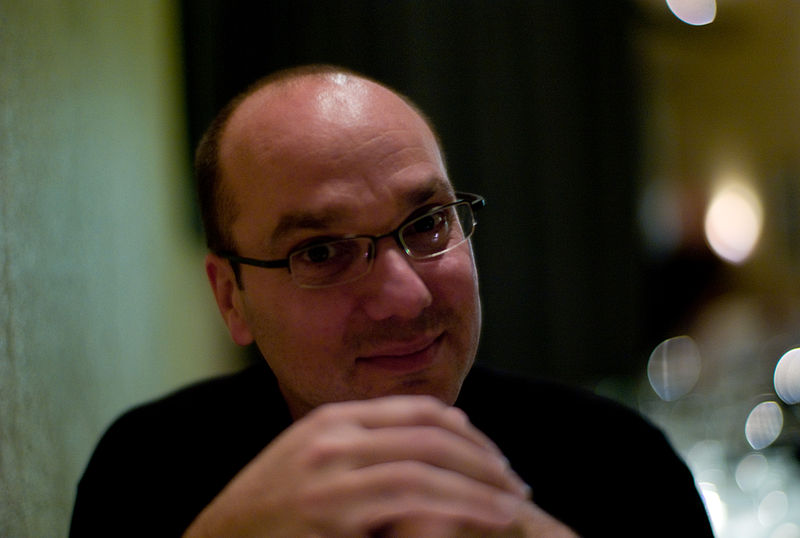 In the two years since he left Google, we’ve heard relatively little from Andy Rubin. According to a new report from Bloomberg‘s Mark Gurman and Mark Bergen, however, the man who helped make Android what it is today, is planning a comeback, one in which he aims to take down both his former company and Apple.

Bloomberg reports that Rubin is currently leading a 40 person startup made up of former Google and Apple engineers. The company, known as Essential, is currently operating in secret while it finalizes its first consumer-facing device, a smartphone designed to compete against high-end offerings from mobile’s current crop of market leaders.

Rubin was reportedly seen showing off the device to American carriers, including Sprint, at last week’s Consumer Electronics Show in Las Vegas, Nevada. Relatively little is known about the device — in part because the company is said to be considering multiple different prototypes — but what Bloomberg was able to ascertain from its sources is that the phone will feature a large, edge-to-edge display. This display is said to be bigger than the one found on the iPhone 7 Plus. However, thanks to its bezel-less design, the footprint of Essential’s upcoming smartphone is smaller than that of Apple’s current flagship.

The company is in talks with Foxconn to build the phone. One prototype features metal edges and a ceramic back. If Essential sticks with this prototype, it will add additional complexity to the manufacturing of the device, which the company aims to sell at an iPhone-like price point.

It’s currently unknown if the device will run on Google’s Android operating system, but the phone is expected to showcase an emphasis on artificial intelligence, which Rubin believes to be the future of computing.

That said, the phone’s most interesting feature is its proprietary charging connector, which is designed to allow Essential and other third-party manufacturers to expand the hardware functionality of the device over time. One accessory Essential is developing is a camera that will allow users to shot 360-degree photos and video when it is attached to the company’s smartphone.

Rubin is expected to announce his new company, as well the device they’ve been working on, sometime in 2017.