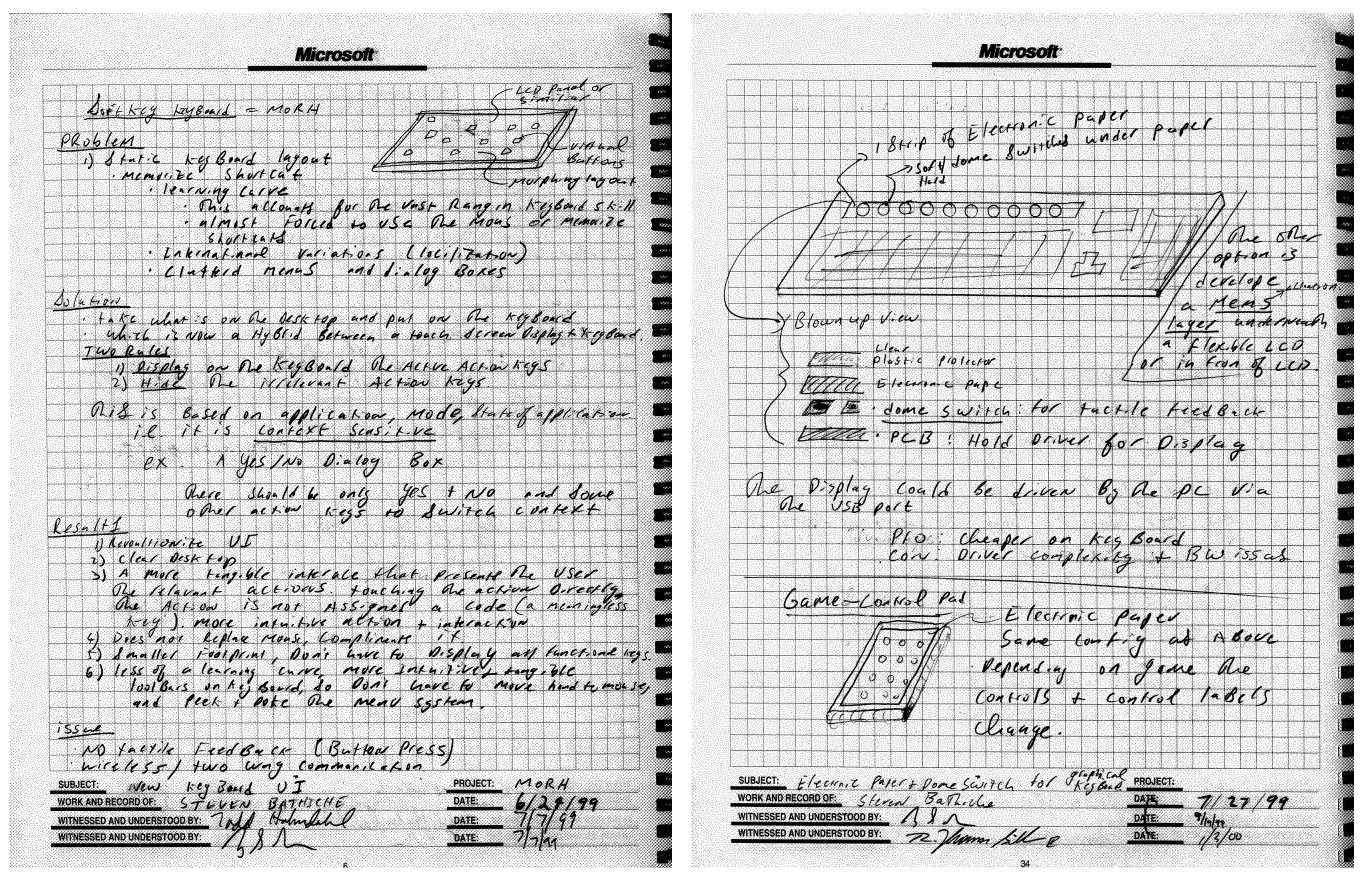 While the OLED Touch Bar that graces Apple’s MacBook Pro 2016 has a whiff of the future about it, the actual concept of replacing traditional function keys with an adaptive solution has been around for a long time.

Lenovo produced its own, more limited version of the Touch Bar in 2014 called the ThinkPad X1 Carbon. Ultimately, the laptop was a flop, but it turns out the manufacturer wasn’t alone in designing such a feature for the PC ecosystem. In fact, the Windows creator itself, Microsoft, was plotting its implementation of adaptive hardware since 1999.

Something worth checking out, worked on this a while back. Especially, given recent tech news. @microsoft @surface : https://t.co/M08AoGAkF7

The feature’s design iterations is the subject of a blog post from the Microsoft Applied Sciences Group, which was recently tweeted out by Steven Bathiche, the manager of that division.

Microsoft’s take on adaptive hardware was conceived of in 1999 by Bathiche, who envisioned a keyboard “that displays the active action keys and hides the irrelevant keys for a given application, application mode, and application state,” sketching a paper prototype in his notebook (pictured above).

After that Bathiche and various team members went through multiple prototypes, using a number of different display and projection tactics. In 2009, the research team put together a prototype fairly similar to Apple’s Touch Bar, featuring a large, touch-sensitive display strip resting atop the keyboard.

When questioned on Twitter as to why Microsoft’s concept never made it to reality, Bathiche replied: “We did not build computers back then, and when we did start, we made computers with touch screens.”

With this, of course, he refers to the Surface, which pioneered an entirely new vision of the future for on-the-go computer users: the 2-in-1 tablet-laptop hybrid. The two very different approaches to touchscreen technology aren’t surprising considering the stark contrast between the two companies, but it’ll be interesting to see which tech giant eventually wins out.

Related: Microsoft will detail its affordable headsets in December