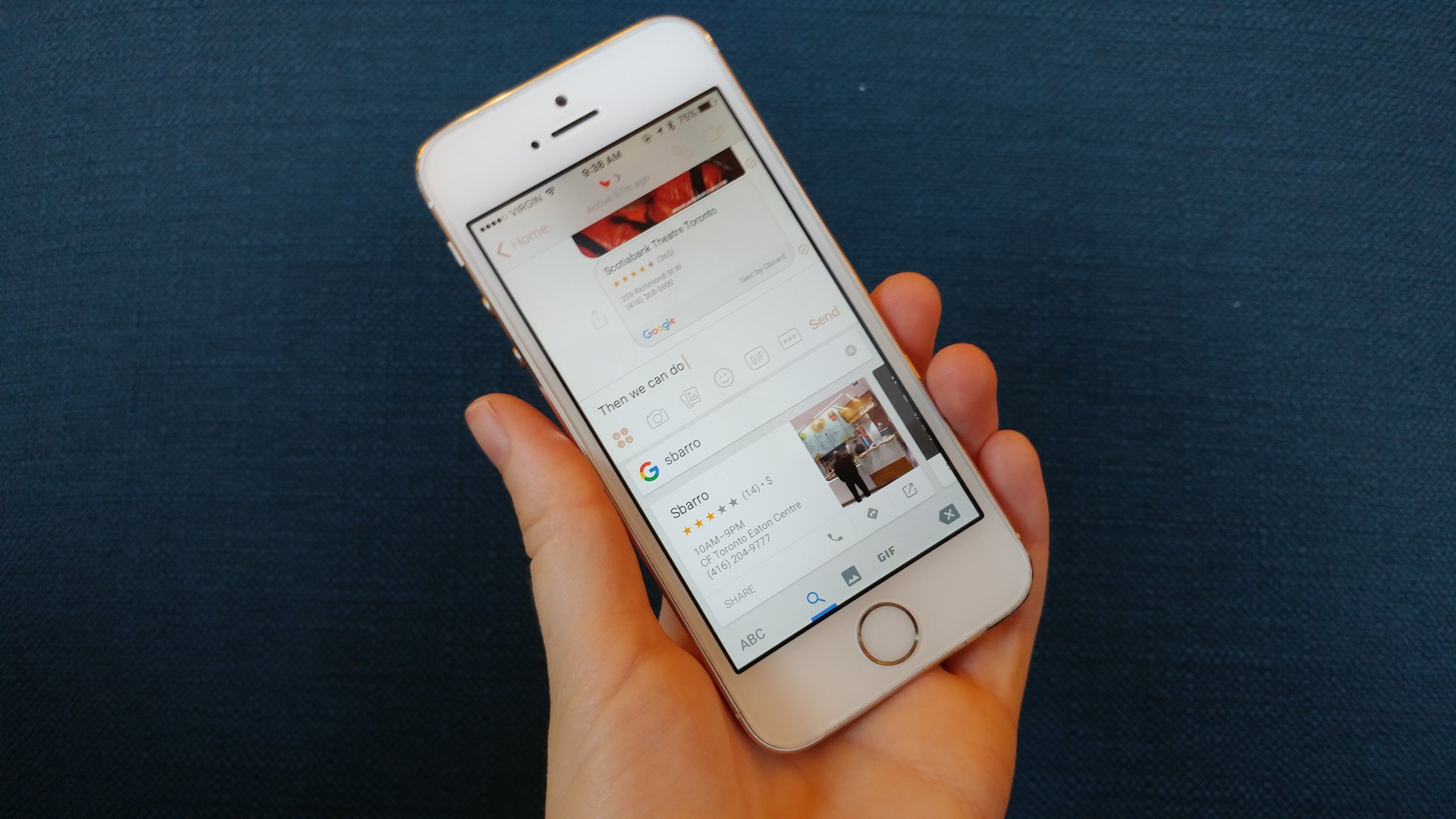 Gboard, one of Google’s most recent gifts to iOS users, has just arrived in Canada. The keyboard gives users in-app search capabilities, allowing them to insert search results in to their conversations on any messaging platform in the form of web pages, map locations, images and GIFs.

The app is free to download for Canadian iPhone users. To use it, users need only press and hold the globe button at the bottom of their standard iOS keyboard, then switch to Gboard. Once it’s in place, a “G” button on top left section of the keyboard can be pressed to pop open a Google search. The results of that search can be easily copied and pasted in the conversation with two taps. 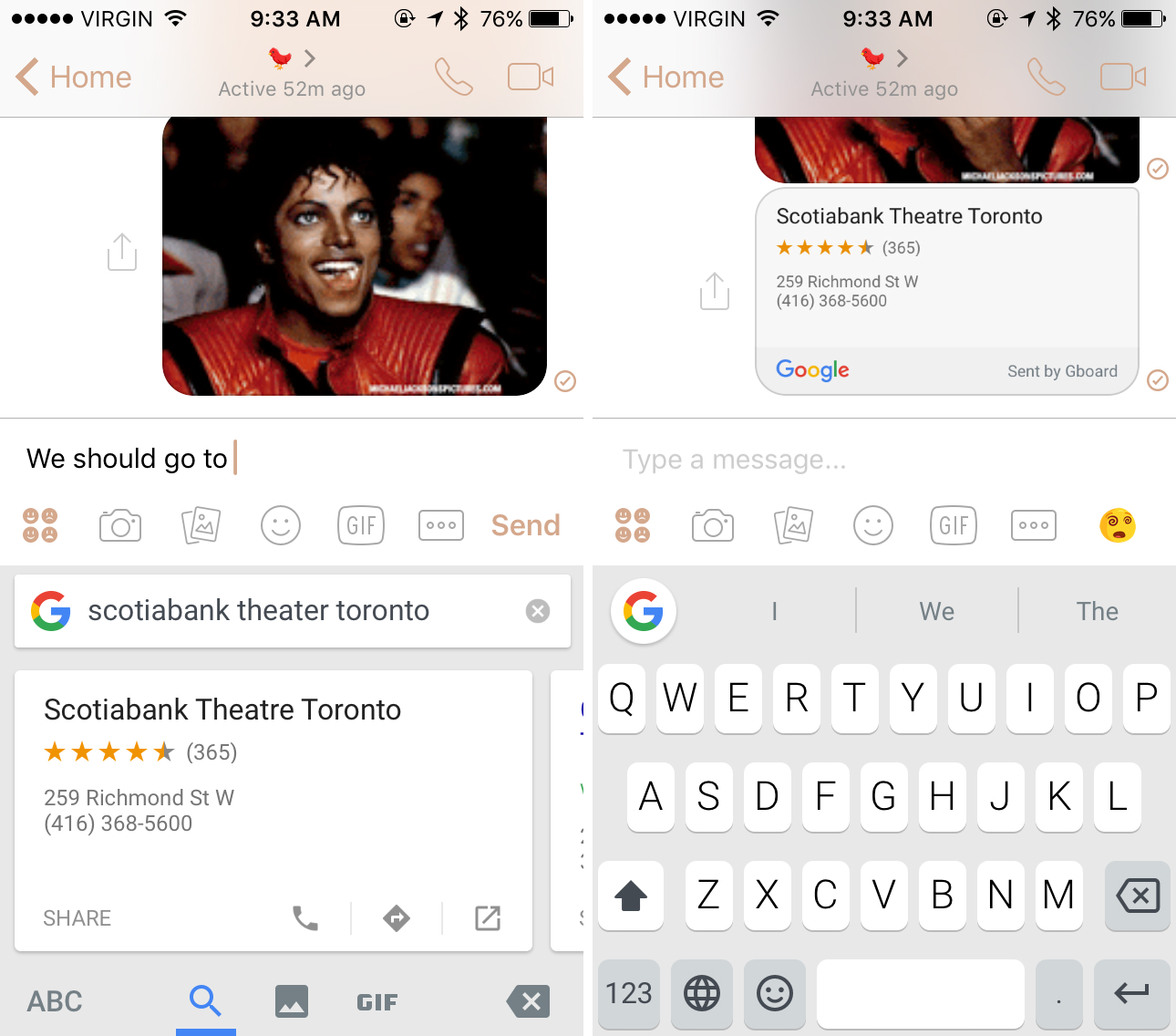 Additionally, in the emoji section users can search for specific emoji. If they type in “sad” for instance, all the crying emoji will pop up.

Gboard was first announced in early May when it launched in the U.S. Following that, Google released yet another extremely handy app for iOS called Motion Stills that makes use of Apple’s live photos technology.

Perhaps Gboard will be considered less useful, though, when Apple’s new iMessage features debut with iOS 10. Among the additions that were announced at WWDC 2016 was an app drawer for third party apps that will enhance user’s ability to perform tasks and insert items in to conversations.