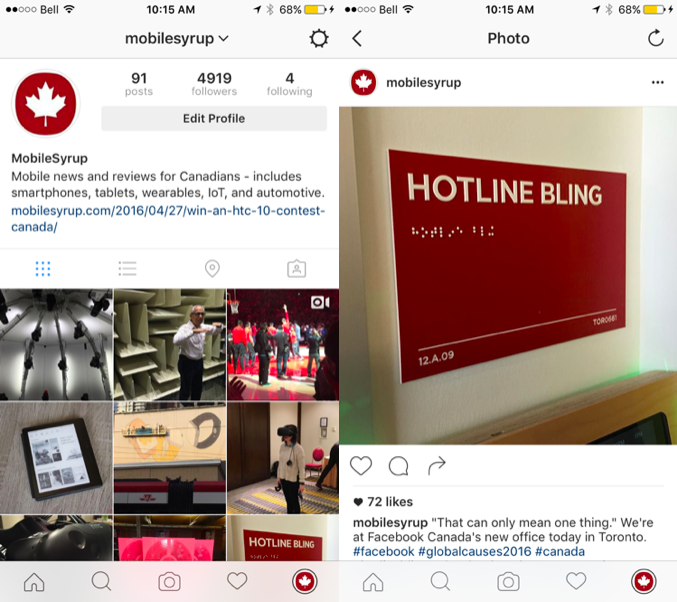 Sometime later this year, businesses in Canada and select other countries around the world will be able to create special profiles where users will be able to more easily find their company’s contact information. Users will also be able to pay to promote posts on the social network, as well as access more in-depth analytics on their posts.

In an interview related to the announcement, Marne Levine, the company’s chief operating officer, told the National Post that more than 8.5 million Canadians use Instagram an average of 11 times a day.

“Canada has been a really important country for Instagram,” said Levine to the daily paper “The user base has been growing quickly and their level of passion is incredible.”

She went on to claim Canadians spend one out of every four minutes they’re on their mobile device on Facebook or Instagram, something Facebook’s Canada’s chief, Jordan Banks, told MobileSyrup, as well.

The new tools announced today will be available first in the U.S., Australia and New Zealand. They will then make their way to Canada, as well as several other countries, later in the year.

Levine also commented on the recent refresh of Instagram’s iconic logo. While some people greeted the redesign with criticism, the executive said the logo was designed to reflect the company’s diverse user base. According to Instagram’s media page, approximately 75 percent of its more than 400 million monthly active users live outside of the U.S.

“We thought the more modern glyph on top of a radiant background really reflected the diversity of our global community,” she said. “I’m excited about where we are with the new look and feel.”